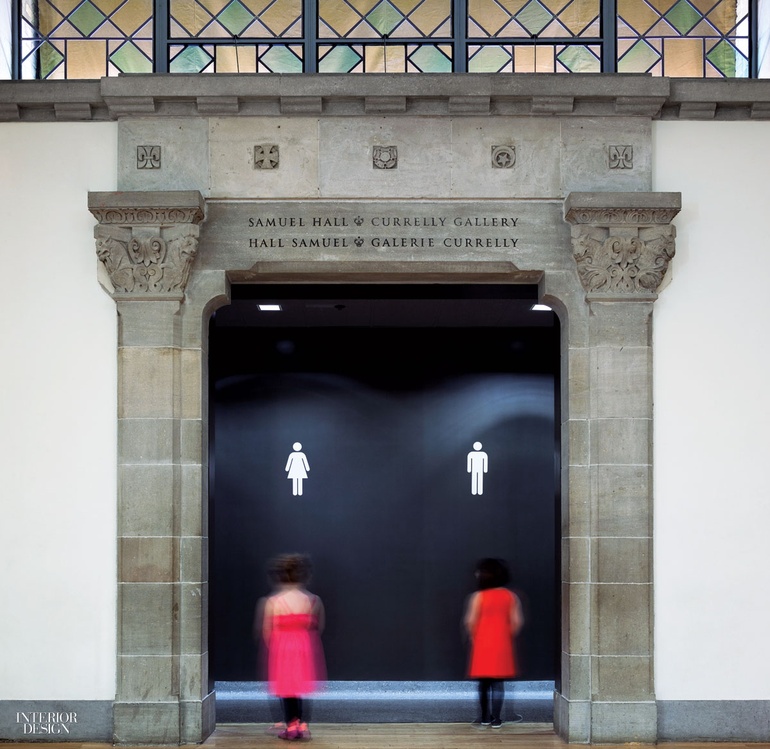 I say “restroom.” You say “washroom.” So obviously we’re not in Kansas anymore.

The campaign for replacement of a tired 1970’s amenity sprang as much from the approach of an important milestone, the museum’s centennial, as from the desire to be ecological and the need for increased accessibility. Renovating the men’s and women’s facilities, a combined 1,000 square feet, principals Andre D’Elia and Meg Graham gave each a single swoop of solid-surfacing that melds a trough sink at two heights, adult and child, with a baby-changing table and diaper disposal. Brushed stainless-steel sink fittings provide not only a measured amount of water but also a jet of air for drying hands, thus eliminating paper towels and reducing drips. The gray terrazzo floor is a contemporary take on the 1933 wing’s original brown version. Functionality and aesthetics counted equally, since the heavily used rooms have to stand up to school groups by day and, with only a bit of standard maintenance, transition for after-hours galas.