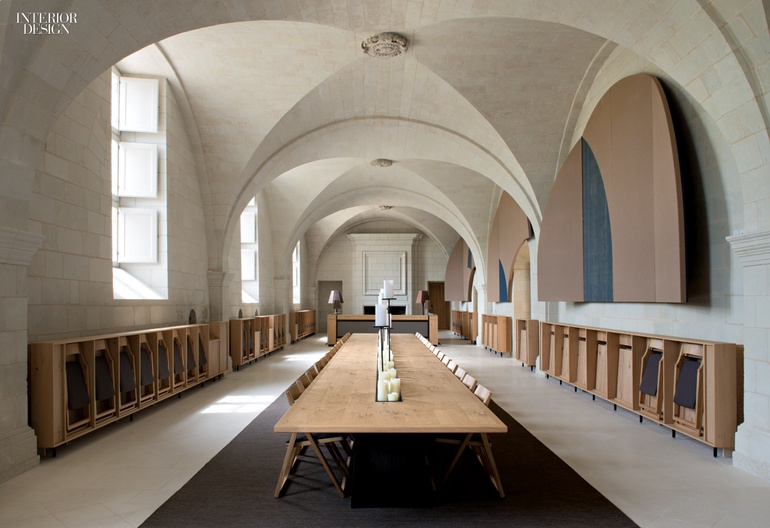 Founded in 1100 by an eccentric monk who sought to create an “ideal city,” France’s Abbaye Royale de Fontevraud was a double monastery, with communities of men and women often led by abbesses belonging to the Bourbon royal family. The complex eventually comprised a church—with its tombstone effigy of Richard the Lionheart—and four priories. After the French Revolution, the abbey became a notorious prison. By the time Interior Design Hall of Fame member Patrick Jouin and his partner, Sanjit Manku, found themselves touring, the property had evolved into a cultural and community center. One priory contained a modest hotel, but the regional authority envisioned something more august.

Jouin and Manku’s interior pays homage to the ingenuity of the monks, who crafted clever devices such as mirrors deployed to multiply candlelight. This “monk tech,” as the designers describe it, veers toward interactive screens and multifunctional furnishings.

The 54 guest rooms range from suites, with mezzanines, to doubles tucked under sloping roofs. Most dramatic among the hotel’s features is the iBar in the vaulted chapel. Private events take place in the onetime refectory, where a communal table runs down the middle, and storage racks, for folding chairs, stand against the walls, like choir stalls.