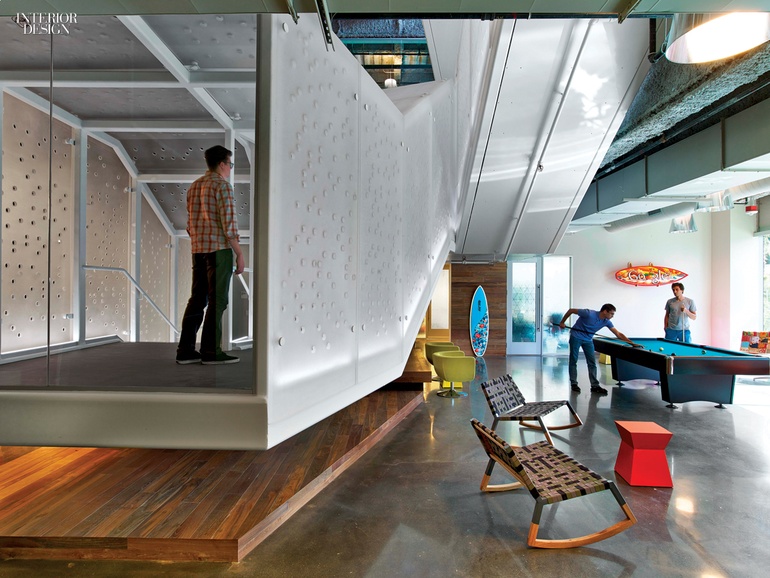 They love their theme offices at the search-engine giant, a repeat client for principal David Galullo. At his first, a San Francisco workplace, the “urban” design includes a media zone named after Mission Dolores Park. For his latest outpost, down in Orange County, the obvious choice was the beach, which he captured with such elements as the spray-painted cruiser bikes in the reception area and the lifeguard tower and fire pit on the roof deck.

But the theme was just a start. “We surveyed the staff, pushing them further, and we found out that they’re very competitive,” he says of the 300-strong population, mostly engineers. That information became the jumping-off point for other aspects of his scheme for the 91,000 square feet, split between four levels. Connecting them, the centerpiece is a staircase in steel and perforated acrylic—wired with sensors and LEDs. The sensors track employee movement through their key cards, and the distance climbed is broadcast on monitors in lounges. The LEDs produce light shows, especially in the evening.

Reception’s showstopper, aside from those cruiser bikes, is the teak canopy that curves drama-tically over the desk. Crashing wave? Skateboard ramp? Google it.