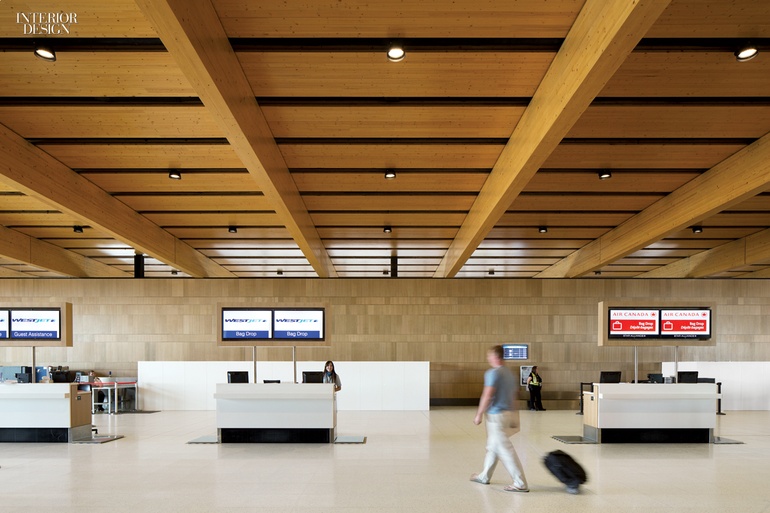 Nowhere near Edmonton or Calgary, towns in the Boreal Forest were barely a blip on the map. Then the area’s oil production increased. Within a year, the tiny local airport saw a 25 percent surge in usage, and the local population is expected to double in the next 15 years. In response to that growth, the Fort McMurray Airport Authority brought in Steve McFarlane and Michelle Biggar to replace the terminal with a larger building in harmony with the natural landscape.

The 163,000-square-foot result stands three stories high. Inside, glue-lam beams and cross-laminated panels in a composite of spruce, pine, and fir exude the warmth of a ski chalet. Oak-veneered panels run horizontally across walls, backdropping check-in counters fronted in white solid-surfacing. Way-finding in weathered steel or black vinyl is minimal yet effective. Creativity truly takes off with a massive suspended screen of powder-coated steel fins that appear to shift between white and blue, thanks to color-changing LEDs. Arriving passengers may think they’re glimpsing the aurora borealis shining through the forest.