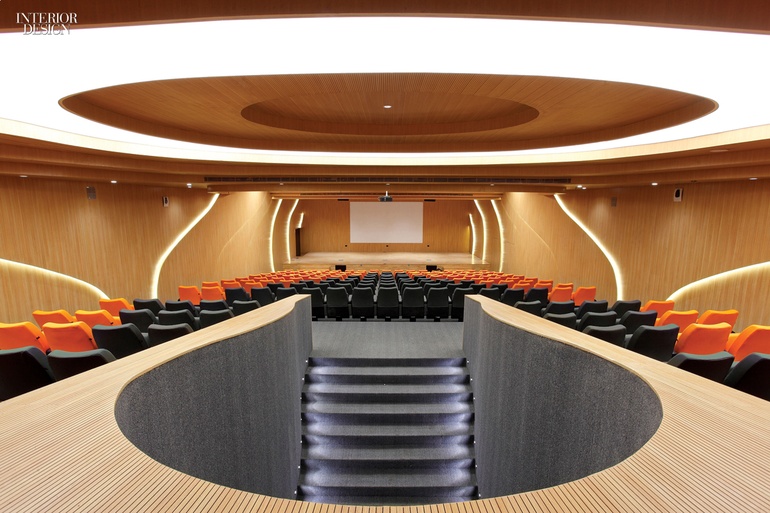 Sound waves play a starring role in the auditorium at an engineering college. From the start of the design process, husband-wife founders Kalhan Mattoo and Santha Gour Mattoo worked in a combination of parametric and computational programs to appraise proposed architectural elements sonically as they were tweaked. In other words, what effect might various sculptural shapes have on the shape of sounds in a performance—without regard to how any interiors would ultimately look?

In the completed 6,000-square-foot space, laminated-fiberboard wall panels keep the acoustics relatively even. For a lively sense of space, the architects separated the panels with PVC membrane. These whiplash strips are lit from behind by dimmable, color-changing LEDs intended to set the mood for audience members as they sit in anticipation of a performance.