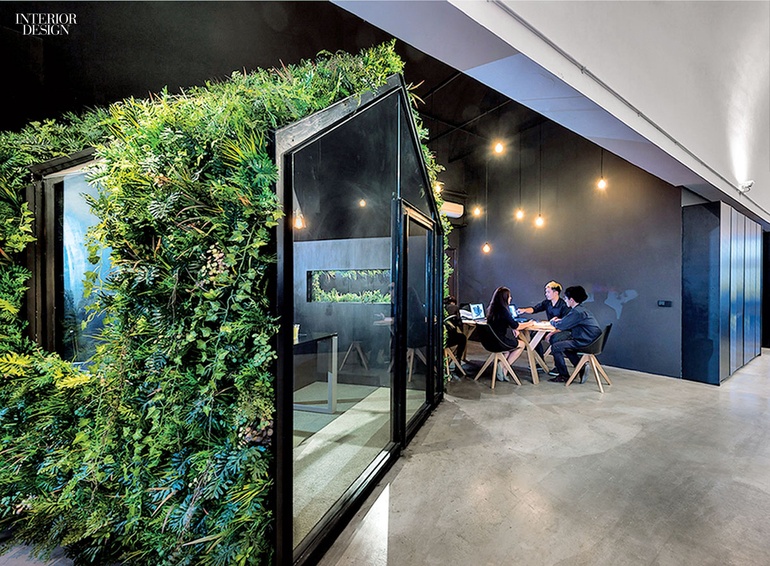 Revenge of the Mummy, a roller coaster at Universal Studios Singapore, lurks behind a superb approximation of an ancient Egyptian gate. Given that the gate is a recent project by principal architect Lim Koon Park, you might not expect much modernist rigor at his workplace. Think again. It occupies a mid-century library exhibiting equally surprising bravura. The 8,200 square feet are liberated from structural columns—their visual clutter and programmatic complications—by reinforced-concrete barrel vaults ganged in the manner of the roof at the Kimbell Art Museum, Louis Kahn’s masterpiece in Fort Worth. So it’s notable that Park actually added columns in locations including the vault that houses the lobby. These black-painted steel structures are staggered along the sidewalls, not only providing an embracing sense of arrival but also serving a more pragmatic purpose, as supports for interlocking arches wired for lighting. In the middle of the space, he built a staircase in the same painted steel, crisply folded. From the top of the stair, a catwalk connects to the reception area, a lunchroom with a vibe of an upscale café, and a studio lined with workstations for his 75-person staff.