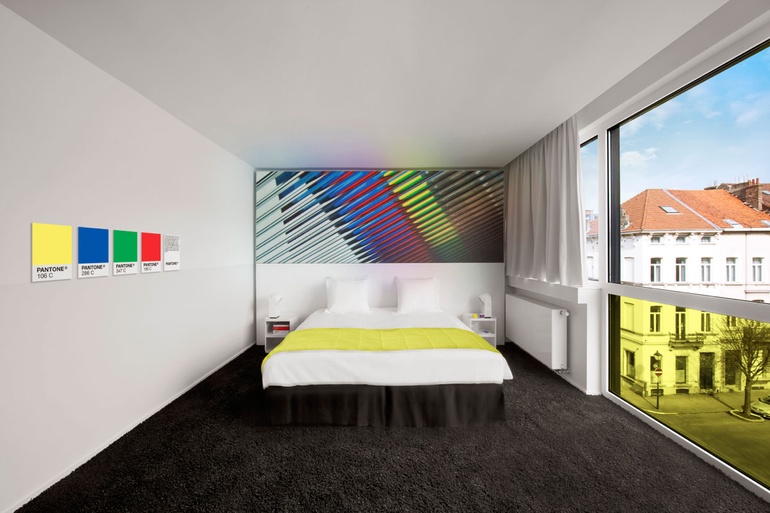 French fare and flashy cars? They go together according to Mercedes. Brussels' Michelin-starred WY restaurant, head up in the kitchen by chef Bart de Pooter, is located inside the Mercedes House Brussels, the luxury carmaker's Brussels showroom.

Designed by Franky Claeys and opened in 2013, the sleek space is inspired by the orange and black version of the Mercedes SL 65 AMG series. While seated in pristine white furniture surrounded by the latest Mercedes models, guests can view high-tech plasma screens for a live feed of kitchen staff preparing their meal and Mercedes promotional videos.

It's been four years since the opening of the colorful Pantone Hotel with architecture by Olivier Hannaert of AS Built Architects and interiors by Michel Penneman, but this hospitality destination still draws the design set. Stark white walls create the canvas for bright color accents—differentiated by floor—and rooms feature photography by local Victor Levy.