Shelter From the Gray: Alumni Club Is Now The William Hotel 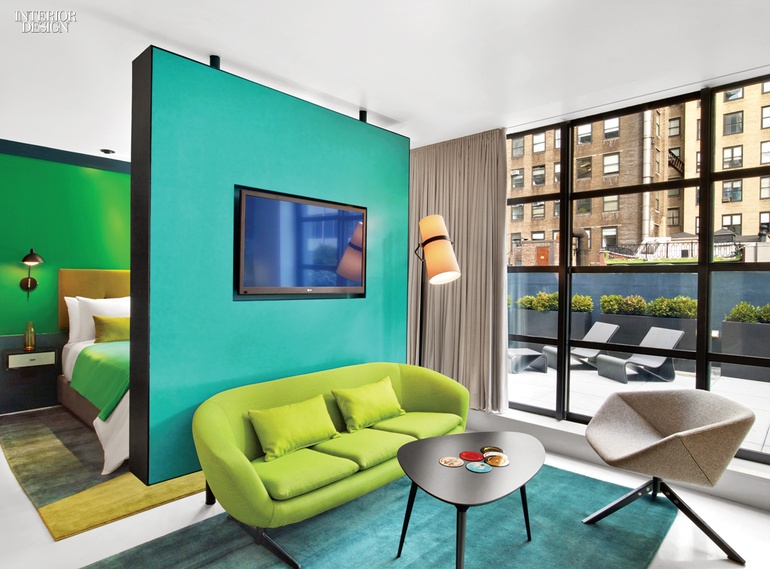 It’s back to school time at the former Williams Club of New York. Though Williams College’s alumni sold the Murray Hill property—two adjoining 1900’s town houses with a duplex penthouse addition—another educational institution has made its mark there. New York School of Interior Design graduate Lilian Bakhash, also the wife of the developer who converted the club into an extended-stay hotel, the William, pulled in three of her NYSID teachers to collaborate with her on the project.

While her Lilian B Interiors handled the furnishings, the space-planning fell to Mason Wickham and Edwin Zawadzki, the married principals of In Situ Design. And all three took their cues from another faculty member, an artist-designer coincidentally named William. (His last name is Engel.) Oil paintings commissioned from him set the tone on the five guest floors.

With many hotels, the art program is introduced toward the end of the design process. Not so for the William. Everyone worked together, in the same studio. Engel’s paint chips shared pinup space with fabric swatches and materials samples. “As the paintings materialized, so did the rooms,” Zawadzki notes. “As the rooms evolved, so did the paintings.”

Engel’s abstract oils on canvas now hang in the guest corridors, establishing the color scheme for each floor: blue, teal, pink, green, and orange with chartreuse. The corresponding palettes then continue in the 33 guest rooms and suites. “We imagined that the building’s roof opened, and paint poured down,” Bakhash explains. In varying degrees of vibrancy and saturation, the theme colors appear on walls and floating partitions, on headboards and rugs, on furniture that’s largely mid-century Scandinavian.

Each of the suites on the green level opens to a private terrace. The two penthouse suites, which boast their own Engel paintings in the living area, got the orange-chartreuse combo. “It’s a sucker punch that may leave you gasping for beige,” Wickham says. You won’t, however, find the deep purple and gold of Williams College.