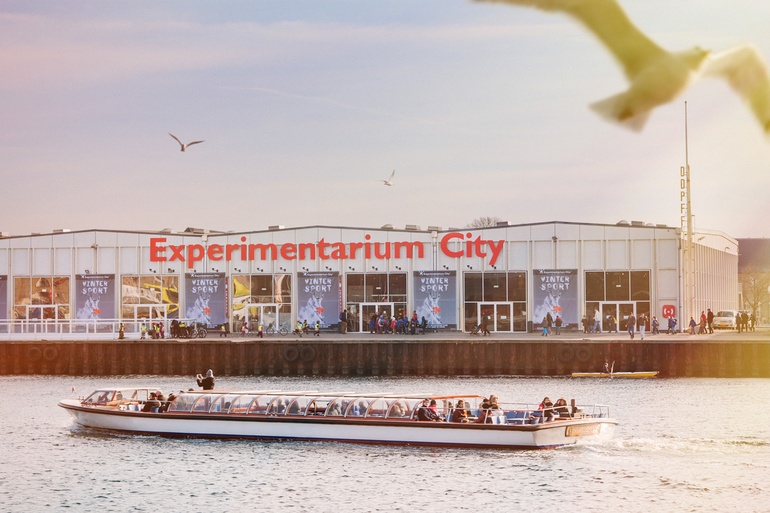 Copenhagen already has a world-class transportation system that includes two Metro lines complete with fully automated, driverless trains running between 22 inner city stations. But the new $2 billion Cityringen, or the City Circle Metro Line, will eventually form a complete the nearly 10-mile, 24-minute loop around the city. Such an ambitious project involves a number of integrated teams from design and architecture conglomerates including Rambøll, Arup, Cowi, and Systra. The high cost and time will pay off when the expanded service lines utterly transform Copenhagen’s outer boroughs, bringing 85 percent of city residents within a third of a mile of a light rail or train station. When completed in 2018, it is estimated that the City Circle Line will move up to 275,000 passengers a day, 25% of whom do not currently use public transit. Construction teams broke ground in 2011, and each of the 17 new stations will feature a unique design and color scheme to make it more recognizable.

Existing stations are also being overhauled. Award-winning firm Cobe, responsible for a number of new and renovated Metro stations and other brand-new builds around town, partnered with Gottlieb Paludan Architects, engineering consultancy Grontmij, and lighting design experts Bartenbach to redesign Nørreport Station, on track to be fully completed at the end of this year. Nørreport, which first opened in 1918, connects all Metro, S-tog and regional trains. It’s also the country’s busiest station, even surpassing the crowds at Copenhagen Central Station. The newly overhauled 115,000-square foot station includes a hefty concrete roof overhangs that will be cast on-site, as well as subtle features such as a ground-level bicycle storage area, sunken 15 inches and built to accommodate 2,500 bikes. The innovative sloping design will solve a longtime problem at this hectic hub: keeping bikes corralled in a designated space rather than tipping all over pedestrian walkways. In a city with more than 40 pervent of commuters on two wheels and 20,000 passing through Nørreport each day, inventive bicycle storage isn’t just simply forward-thinking urban design: it’s a basic necessity.

All the building isn’t just downtown. Just a decade ago, Ørestad, the rising development stretch along the banks of the Øresund sound between Copenhagen and Malmö, Sweden, seemed like a flat, scrubby wild west, waiting to be discovered. Now, the precisely planned outpost is a major construction center, home to massive complexes like the nearly one million-square-foot The Summits, designed by C.F Møller Architects for retail shopping and real estate conglomerate Steen and Strøm, and the Royal Arena, a 350,000-square-foot multipurpose indoor stadium designed by 3XN, HKS Architects, ME Engineers, Planit IE, and Arup. It’s scheduled for completion in 2016.