Memo From Copenhagen: People Are Talking About 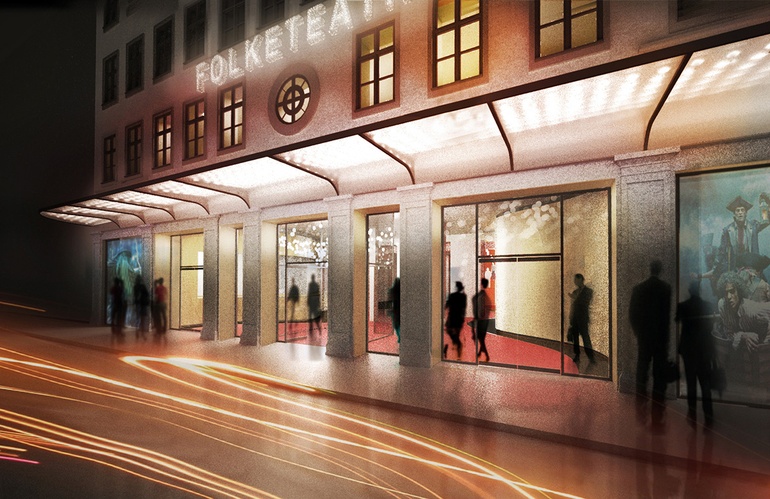 In centuries-old Copenhagen, everything old is new again—or at least, several iconic establishments have undergone major renovations in the past few years. It’s easy to stay contemporary when your city is home to some of the world’s best design minds focused on fusing modern methods into classic constuctions.

Built in 1755, the 200,000-square-foot luxury Hotel d’Angleterre reopened in May 2013 after extensive renovation led by C.F. Møller Architects. Ceilings were lifted. A 2,000-square-foot marble and tile pool was installed. The hotel’s original 123 rooms were reduced to just 90, expanding the Royal Suite to nearly 27,000 square feet. GA Design updated the interior, keeping the color palette in tact but replacing updating everything from fixtures to furniture.

Folketeatret, the “people’s theater” and country's oldest open for 157 continuous years, was originally built as a horse race track before it was converted to a playhouse that would serve as an independent counterpart to the Royal Danish Theatre. Now undergoing its third extensive overhaul, construction began in May and is funded by the billion-dollar A.P. Møller and Chastine McKinney Møller Foundation for General Purposes, the foundation also responsible for building and gifting the city with a number of architectural and cultural gems, including the 10-year-old, $500 million Henning Larsen-designed Copenhagen Opera House. Architects Bertelsen og Scheving lead Folketeatret’s extensive interior and facade renovations in two phases, the second of which is expected to be finalized in autumn 2015. Theatergoers take note: performances continue during construction.