Denmark’s stylish capital has been cashing in its cultural currency the past few years, becoming a destination for foodies, design fiends, and even the eco-minded. Copenhagen often tops rankings of the world’s most livable cities, both for its cycling- and pedestrian-friendly roads and Danes’ collectively high level of satisfaction and happiness in their everyday lives. There’s a vibrant street art scene, which trickles down to influence the city’s more proper aesthetics. And then there’s the food. Copenhagen’s multi-Michelin-star winning Noma has been named the top restaurant in the world for years, fanning the flames about New Nordic cuisine. The frenzy hit the States full force earlier this year when Noma co-founder Claus Meyer announced he would open a massive Nordic food hall in New York’s Grand Central Station. 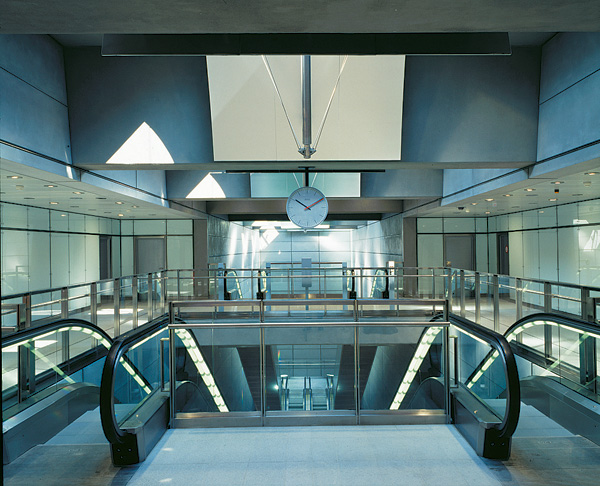 But for all Copenhagen’s innovation, 2014 marks several major milestones in Danish design thanks to innovators who are changing the cityscape and subtly redefining home interiors. This year also marks the 100th birthday of mid-century furniture designers Hans J. Wegner and Børge Mogensen, whose pioneering, time-tested designs are honored in new exhibits at the Danish Design Museum.

Click through below to delve deeper into Copenhagen’s renovation projects and massive Metro expansion. Also included is a conversation with the Copenhagen branch of Bureau Detours, a European artist-architect collective known for inventive installations that blur the lines between indoor and outdoor spaces.