Pushing The Envelope: A Palazzo Gets Contemporary Flair From Giraldi Associati Architetti 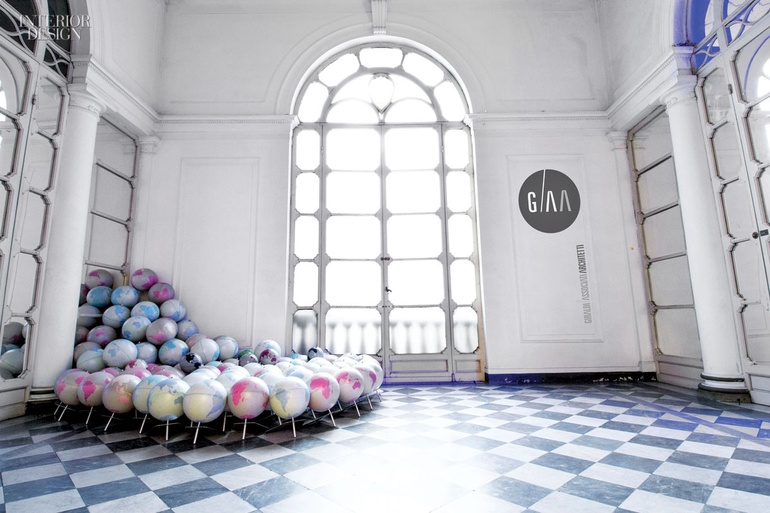 Palazzi are sacrosanct in Florence, Italy. That often means not a single architectural intervention allowed. Such was the case for the palazzo now housing Giraldi Associati Architetti. Not a problem, Fulvio Giraldi says: “We played around with what we could.” Via nothing more than furnishings, he injected a contemporary flair very much his own.

The backstory begins when Giraldi’s practice, which specialized at first in retail and conceptual projects, found itself taking on larger commercial work and installations. That called for more staff and, in turn, more space. He found it, 6,500 square feet, on the piano nobile of a palazzo dating to the 1400’s and enlarged over the centuries. The pluses started, he says, with the office’s “wide entry, not common in Florence.”

Upstairs, a suite of rooms meanders in several directions from marble-floored reception. Three large rooms are shared offices, while two others serve as a conference room and a lounge. All open onto one another—hallways weren’t part of the venerable plan. Considerably smaller, the kitchen and private offices line a long and narrow corridor that terminates at Giraldi’s corner domain, complete with a punching bag so he can practice his favorite hobby.

Enriching the space are swoon-worthy arches, cornices, moldings, carvings, frescoes, you name it. The angels of a celestial composition, circa 1800, soar overhead in the conference room. In another chamber, architects and designers sit at long white desks beneath a carved plaster ceiling inset with paintings of cherubs, circa 1600. “We’re always opening our doors to art historians,” he relates.

They’re greeted in reception by a much more recent artwork, a papier-mâché cow sculpture from 2005. “We love cows. Sheep, too,” he says, referring to the hide hanging on a wall and the sheepskin rugs. The cow joins reception’s undulating white plastic sofa, a cult favorite from 1966, and above it an enormous pendant dome in the Ingo Maurer mode. Decorative touches elsewhere include damasklike wallpaper and bright green or red carpet.

Able to work with so many design vocabularies, Giraldi is appropriately trilingual, as in Italian, English, and German. That comes in handy for his firm’s three studios, the latest being in Los Angeles and Berlin.