Back to Interior Design 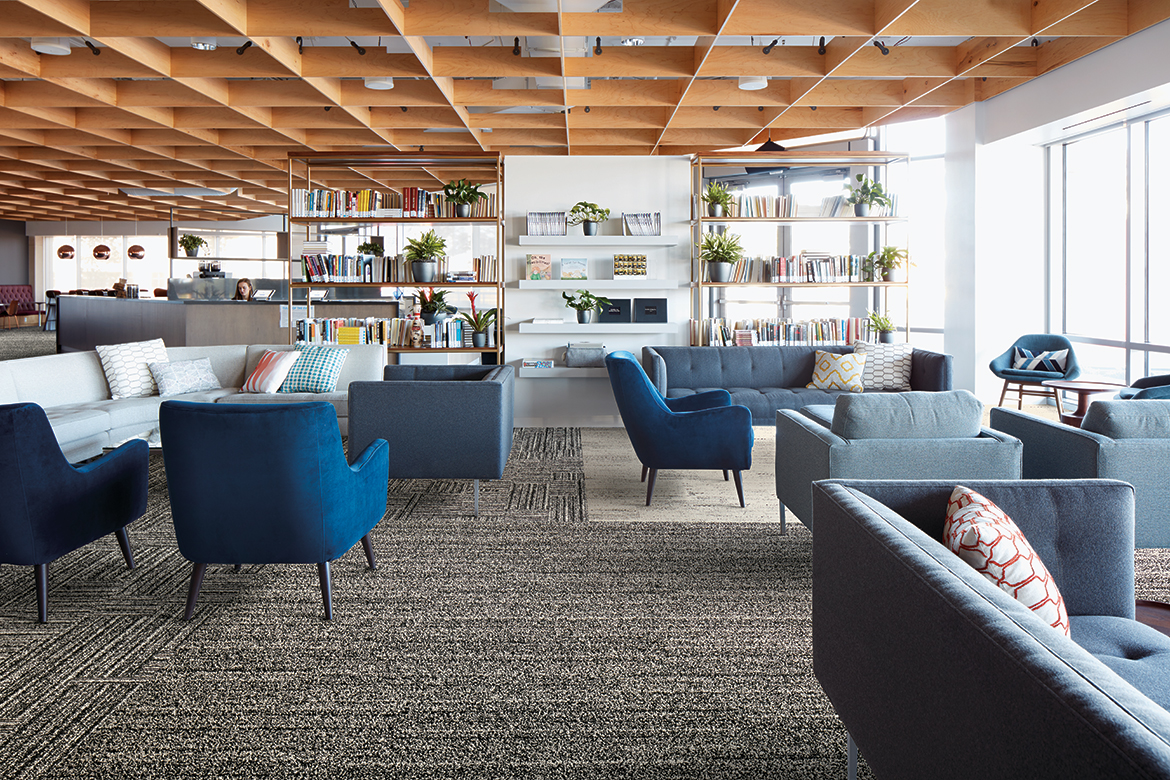 How Design Inspires Creativity in the Workplace

We’re all born with varying degrees of creativity. Enlightened by the digital revolution and the subsequent development of mobile technologies, employers prize creativity because it directly correlates to increased ideation and innovation.

Companies that want to be competitive and innovative in today’s market are turning to workplace design as a solution to boost creativity. Designers, manufacturers, and end-users are embracing a new design aesthetic that acknowledges the dichotomous reality of the contemporary workplace: needs to lend itself to plugged-in collaboration and be a respite for solitary work; there to be elements that elevate high-tech innovations but not at the expense of tangible, high-touch comforts.

Rapidly, the design community has responded by envisioning projects and products that honor the creative urge in all of us and seek to hone that drive into an even sharper expression of what the contemporary digital workforce is able to accomplish.

Contract flooring industry leader, Interface has turned their attention to designing products that strike a balance between sensorial touches and high-tech gadgetry looking to boost creativity through contemplative design.

“The way our world out for reconciliation between technology and our need to be human with sensory experiences," says Mindy O'Gara, director of product styling at Interface. “Whenever we put out a new product, it’s important to consider, ‘How does this product engage with not just our senses, but our emotions as well?’”

The brand’s latest collections answer that question. Named Visual Code and Drawn Lines, these additions aim to stimulate out-of-the-box thinking by offering a refined meditation on the interplay of handicraft and technology. Designed by of David Oakey Designs and longtime Interface collaborator David Oakey, Visual Code borrows from pre- and post-digital revolution sources, including traditional stitchery, Bedouin rugs, microchips, and glitch art. The product is available in 10 patterns that span from highly activated to very simplistic in black and white, neutrals, and vivid colorways.

Drawn Lines is making its debut at NeoCon this year. A new process has allowed this LVT to feature a filament-fine linear matrix. Designed by Kari Pei, Lead Product Designer for Interface, its pattern deftly alludes to geometric motifs found in both manmade structures and mineral compositions.

“Technology enables great connections and people can accomplish remarkable things when aided by it, but it can also make people feel disassociated and isolated,” explains Gretchen Wagner, a designer at Interface. “We think that natural and human elements can trigger softer, less contrived emotions. And that’s ultimately what stimulates a creative workspace.”

Interested in listening to our most recent Innovation podcast? 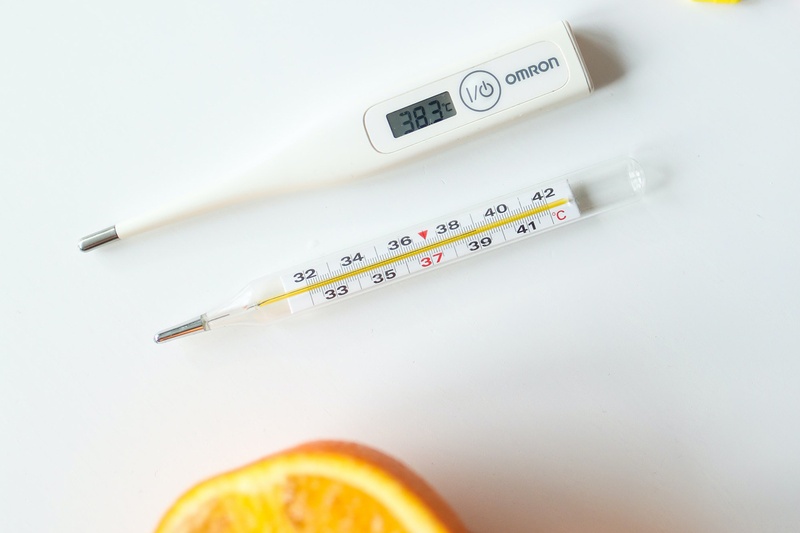 END_OF_DOCUMENT_TOKEN_TO_BE_REPLACED

Meet the essential workers of the insect realm—fruit flies, and the people who help sustain them for scientific research.

Vaccines to protect against the spread of COVID-19 are here, heralding in the rise of health tracking and record-keeping apps.

Are self-driving cars that look strikingly similar to toaster ovens in our future?

END_OF_DOCUMENT_TOKEN_TO_BE_REPLACED

Designers Turn to Resilient Design to Reshape the Built Environment 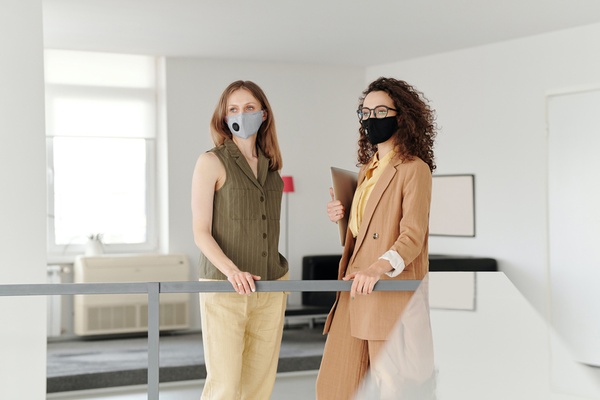 As the pandemic continues to place new demands on the built environment, designers are tasked with creating spaces that protect the physical, as well as mental and emotional, health and wellbeing of those within them. But adaptability also is key. When considering return-to-workplace plans, designers must do more than keep people safe—they must also foster new and evolving human behaviors. The question that remains top of mind is: How, exactly?

Tis the season for gingerbread creations and Ikea Canada recently released printable instructions to build half-dozen pieces of its signature furniture out of the sweet treat.

In case you missed the Interface takeover on DesignTV by SANDOW Oct. 27, there's still time to watch the two programs that premiered from Interior Design and Metropolis, produced in partnership with the leading manufacturer of sustainable flooring.

IKEA, the multinational furnishing brand, is spotlighting the importance of limiting furniture waste by opening its first second-hand store in Eskilstuna, Sweden, on Nov. 2. Located in ReTuna Återbruksgalleria—an innovative mall for recycled and upcycled goods—the 74-square-meter store will open for six months as part of a pilot run as IKEA aims to become "a fully circular and climate positive business by 2030."

END_OF_DOCUMENT_TOKEN_TO_BE_REPLACED 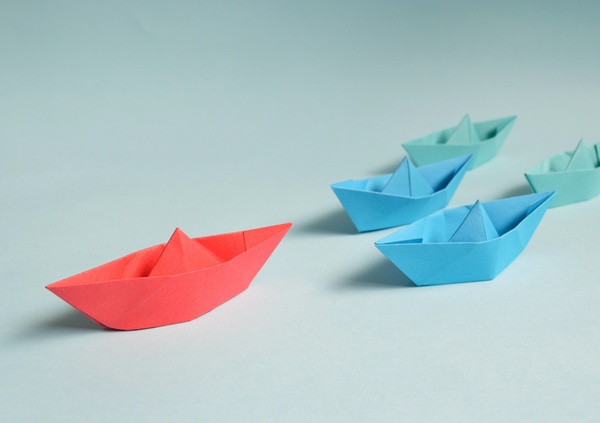 Set Sail With A Mission

While wellness remains top of mind given the ongoing COVID-19 pandemic, some flooring manufacturers also are combatting another health concern—the mounting consequences of our warming planet. Action to reduce carpet waste, four billion pounds of which end up in landfills each year, is imperative as product demand rises, especially on the heels of the Carpet & Rug Institute’s recent announcement to suspend a $4 million voluntary product stewardship program.

An invasive mussel species—Zebra Mussels—has caused environmental disturbances in the Great Lakes for decades. A group of resourceful design students decided to use the pesky creatures to make stunning blue glass.

Scientists invented a wearable device that sends prompts to users to guide what they dream about for a sweeter shut eye experience.

Could Diamonds and Durian Fruit Hold the Key to Sustainable Batteries? 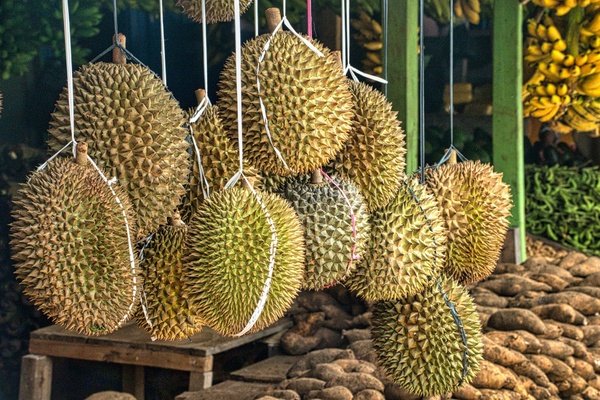 Lithium ion batteries are an essential item in today’s technological age, but they are harmful to the environment. As a result, scientists are searching for alternative and more sustainable materials to develop batteries. Two unlikely, but promising materials are diamonds and durian fruit.

Filmmaker Fernando Livschitz created a stop-motion video while isolating at home in Buenos Aires using over 800 pieces of wood that depicts a silhouette seamlessly break dancing. The filmmaker used a real break dancer to develop the stop-motion video frame by frame.

The grandson of famed oceanographer Jacques-Yves Cousteau plans to build a large underwater research station in the Caribbean that would allow up to 12 researchers to stay below the surface for months. It will take approximately $135 million to construct the facility, and it could make a big difference for deep-sea exploration. 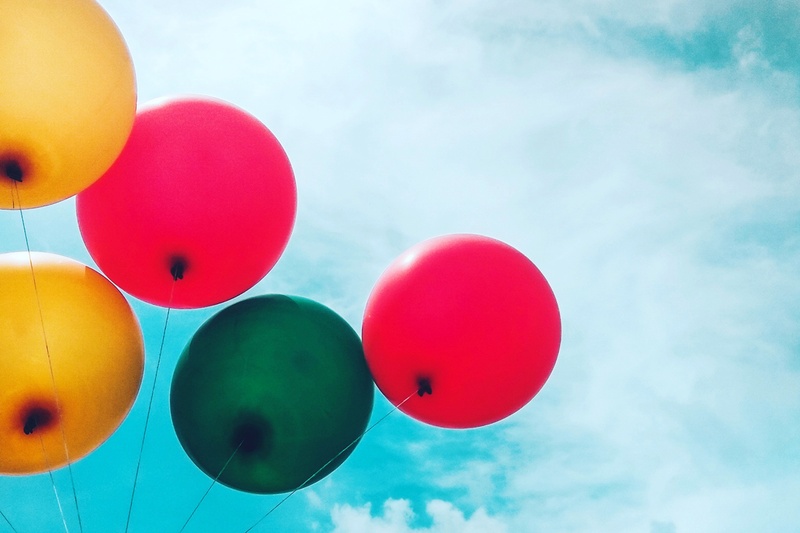 To provide internet access to regions of Kenya, Loon will launch balloons with 4G internet into the sky. The network of balloons will give more people much needed access to information about the COVID-19 pandemic.

END_OF_DOCUMENT_TOKEN_TO_BE_REPLACED 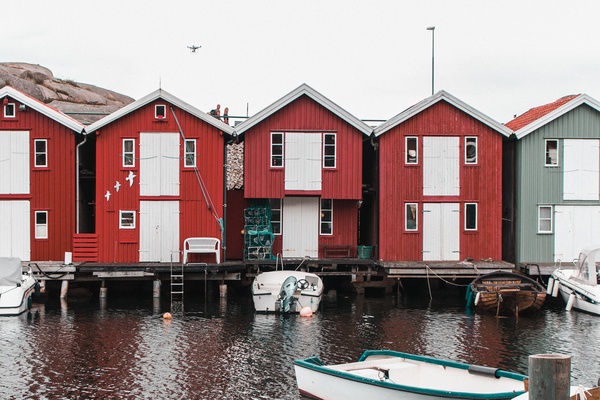 In the Czech Republic, an artist 3D-printed a house in two days. It is expected to last 100 years and can be positioned on land or float on water.

END_OF_DOCUMENT_TOKEN_TO_BE_REPLACED
Tech
Fly Away Without The Lines

As airport design shifts, replacing contact points with smart technology, experts predict this could be the beginning of the end of long security lines and maze-like gridlock.

A new hydrogel developed by scientists could provide an effective substitute for cartilage. The material is the strongest hydrogel to date, and it could be more cost-effective than standard knee surgery.

In partnership with Aklan State University, a Filipino shipyard company is developing a hybrid ship that relies on wave energy, in an effort to reduce greenhouse gas emissions from water travel. The design is based off of the bangka, a traditional Filipino boat.

Llamas could be the Source of an Effective Covid-19 Treatment 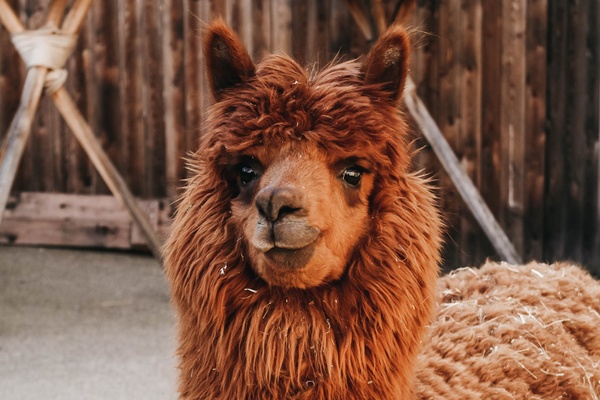 Scientists have found antibodies that could successfully block infection from the Covid-19 virus. These unique ‘nanobodies’ are found only in llamas and other camelids—likely due to a genetic mutation.

Sculptor Jason deCaires Taylor has created a collection of underwater sculptures installed in the Great Barrier Reef in Australia. The collection includes a sculpture rising out of the water that changes color according to the ocean’s temperature.

END_OF_DOCUMENT_TOKEN_TO_BE_REPLACED
Design
This Fragrance is out of this World

A new fragrance by natural flavors company Omega Ingredients reportedly replicates the odor of outer space. What does space smell like? According to astronauts, it has a sweet, metallic scent.

Take a look at how educators, architects, and designers throughout the industry are making strides to reduce their carbon footprints in the rise of "come-to-carbon" moments.

END_OF_DOCUMENT_TOKEN_TO_BE_REPLACED

Lyft recently announced its daring plan to use only electric vehicles by 2030. The company also committed to increasing equity in transportation for vulnerable communities. Other leading companies may be inspired to follow suit.

END_OF_DOCUMENT_TOKEN_TO_BE_REPLACED 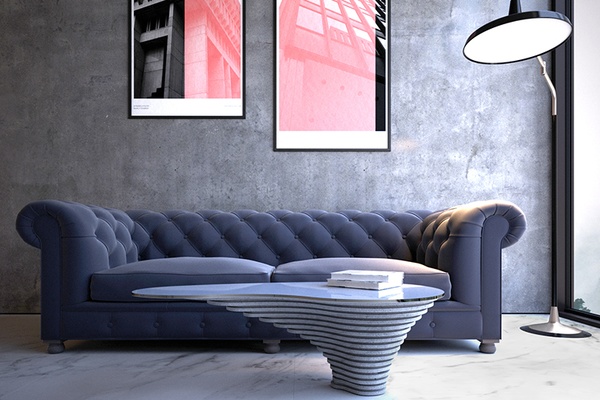 When technology and design collide, there are often amazing outcomes. For the architecture and engineering firm edg, one such result of technology-driven design is the Synthesis 3D collection. This portfolio of cast-concrete furniture and wall paneling was developed with, and named after, edg’s own 3D printing software, which has vast ­­­­­­­­design and customization capabilities, as the new collection makes abundantly evident.

Dr. Eijiro Miyako has developed a method for pollination using soap bubbles. Miyako’s soapy concoction successfully fertilized a pear orchard in Japan. This could provide an alternative to bee pollination, which has declined along with the bee population.

Architectural firm CannonDesign has developed a new product that can protect healthcare workers while testing people for COVID-19. Known as the COVID Shield and resembling a telephone booth, the apparatus is a three-sided box with nitrate glove extensions that healthcare workers can step into and test patients, without being exposed to droplets.

END_OF_DOCUMENT_TOKEN_TO_BE_REPLACED
Tech
Take a Look at the Future of Commuting

Startup company Virgin Hyperloop One is developing a fast and sustainable transportation system that could be available to the public by 2030. Imagine being able to travel at the speed of airplanes in driverless levitating pods?

Scientists discovered a way to enable human cells to go into an active camouflage state, morphing into transparent forms. How did they do it? They got the idea from a squid protein. This could be a new key to understanding genetics.

END_OF_DOCUMENT_TOKEN_TO_BE_REPLACED
Tech
Cacti Could Be The Perfect Biofuel

In Camémbaro, Mexico, the Nopal plant has a lot of potential as a biofuel source—it doesn’t need much water or additional land space, and it’s already used to power industrial buildings. In the near future, it could also power cars.

An experiment by Trung Phan, a student at Princeton University, found that bacteria are able to work together to eat their way out of a broth-filled maze. What does this mean? It could tell us more about how the single-celled organisms communicate, offering clues into human health.

SpinLaunch is developing a 100+ yard-wide centrifuge that could propel rockets into orbit by rapidly spinning and launching them into the air. If all goes well, the technique could change the nature of space travel.

END_OF_DOCUMENT_TOKEN_TO_BE_REPLACED

Apple is developing technology that will be able to generate group selfies, a lost pastime in the age of social distancing, by combining individual selfies into one photo.

END_OF_DOCUMENT_TOKEN_TO_BE_REPLACED

END_OF_DOCUMENT_TOKEN_TO_BE_REPLACED
Tech
Cashless Villages Are Popping Up In India

What does it take to create a digital village? One bank in India set out to do just that, introducing cashless banking and widespread WiFi access to several rural villages in the country to help improve economic output.

The Harvard University Graduate School of Design awarded Daniel Fernández Pascual the prestigious 2020 Wheelwright Prize to further his research proposal Being Shellfish: The Architecture of Intertidal Cohabitation. With the $100,000 travel grant, Fernández Pascual plans to examine the use of seaweed and discarded marine shells as sustainable binding agents for buildings.

END_OF_DOCUMENT_TOKEN_TO_BE_REPLACED
Tech
Pass The Pasta, and The Clean Fuel

A pasta producer near Naples, Italy, is testing a mix of hydrogen and natural gas as fuel in an effort to reduce carbon emissions, making use of boilers that also provide heat to dry and sterilize noodles.

Design firm LPA created a California office space that consumes an estimated 70 percent less energy than one of comparable size, type, and location. How? A mix of smart lighting and space planning for starters.

Adidas and Allbirds, the sneaker startup, are joining forces to design a performance shoe with the lowest carbon footprint ever.

A Swiss research team has found a way to create iridescent chocolate with shimmering rainbow hues.

A new book by Julia Watson, Lo—TEK. Design by Radical Indigenism, sheds light on a design movement based on indigenous philosophy and vernacular architecture to build a more sustainable future. Think aqueducts and bridges made of living tree roots.