NeoCon 2017 day one of three is done and dusted and along with it, an annual highlight, Interior Design’s Health and Wellness Roundtable. Offering momentary respite from the frenzy that is the showroom floors, the event saw 21 leaders of design convene at healthcare technology incubator Matter for a deep-dive discussion on developments in the industry.

Look outside your genre

Gensler’s Anne Gibson emphasized that coming from the perspective of workplace design allowed her to ask “naive questions,” which in term opened up the space to challenge received wisdom. “It demonstrates to the client it’s good to question,” she noted. “Just because there’s 7-foot doors in all hospitals, doesn’t mean it has to be that way every time.”

As moderator Annie Block noted, branding is becoming an increasingly competitive landscape. “It’s not just about wayfinding and signage anymore,” Gensler’s Randy Guillot agreed, seeing branding as just one portal into design: the bigger picture. As he sees it, branding and care are becoming synonymous. Particularly as remote-care apps begin to become big news, care starts “when you pull out your phone, not when you pull up to a facility.”

No one size fits all

Asked what designers are looking for in product, Amber Wernick noted that custom capability is top of her list. “My first question when I meet a manufacturer is ‘what can I do with this?’ I look at their immediate reaction to see if the willingness is there; it tells you all you need to know about how a collaboration might fare.”

Design not only for yourself

“Design not just from the construct of yourself,” said Abigail Brueggeman, citing an example of having to change an edgy attempt at signage from icons to words after discovering people over 55 couldn’t work it out. “Design from different sets of eyes.”

If you want awesome clients you have to make them

“This is what firms need to understand,” said Brueggeman. “End users can be difficult. If you want to succeed, listen to them, be genuine, follow through, and care. If you want awesome clients you have to almost make them. It’s about opening their minds rather than challenging them. If you do that they will love you forever.”

“Everyone wants a successful project,” she continued, responding to criticism that end users can be risk adverse. “But it’s their neck is on the line. Your job is to show them the way.” 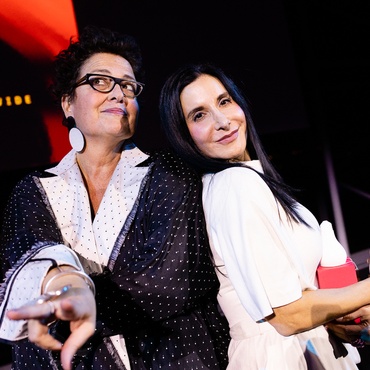 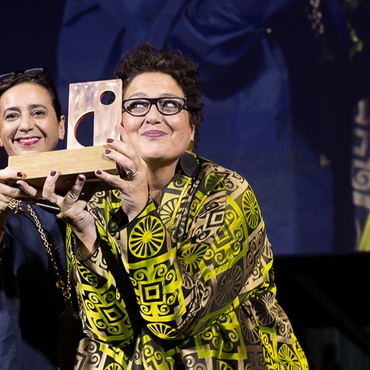 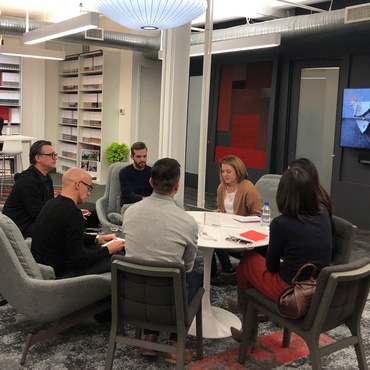 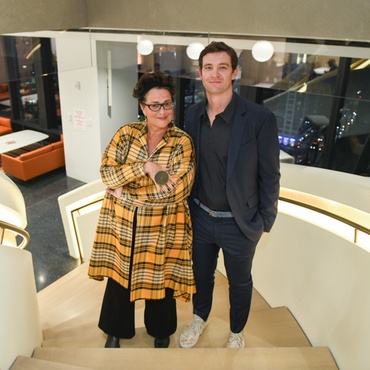