Giants of Design 2017 Toasts 40 Years of Giants in Mexico 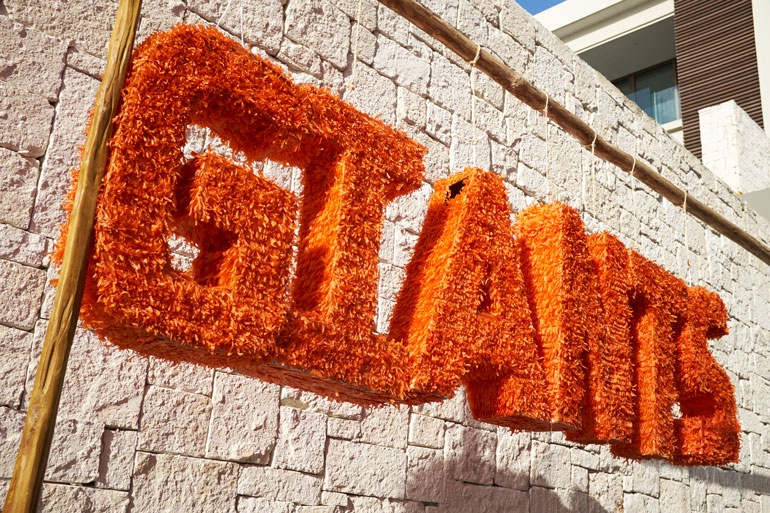 For this year’s Giants of Design celebration, which took place March 5-7, over 100 designers traveled to Cancún’s Nizuc resort. This year was particularly special: 2017 marks the 40th anniversary of Giants, a ranking that recognizes the top 100 firms in the business. For this major birthday, we ventured from our usual venue of Palm Springs to the tropical beaches of Mexico.

Leaders of this year’s Top 100 Giants traveled from across the U.S. for a three-day conference. The event was characterized by engaging discussions about the state of the industry, networking with peers, inspiring speaker presentations, and no shortage of fun. While the weather was initially foreboding, the skies cleared and guests enjoyed a sunny day on Monday, which culminated in beachside cocktails and dinner.

The speakers were a highlight. Four prominent Mexican architects and designers—Enrique Norten of TEN Arquitectos, Hector Esrawe of Esrawe Studio, Michel Rojkind of Rojkind Arquitectos, and Ignacio Cadena of Cadena + Asociados Concept Design—took to the stage to share their perspectives on the country’s design scene and introduce the group to their own award-winning projects.

The remaining presenters encouraged attendees to think outside of the box. Tahiti Pehrson, an artist that crafts intricate paper installations; Dominic Wilcox, creator of whimsical inventions; and Victoria Deiorio, a sound designer for the theater, offered unique perspectives on the design world during the opening session. Scent expert and designer Doreen Bollhofer and British artist Shantell Martin, known for her drawings, rounded out the program on the second day.

These conversations, led by Interior Design editor in chief Cindy Allen, set the tone for the event. After spending the trip immersed in inspiration, the Top 100 Giants will return to their firms with new perspectives and friends—and maybe a suntan, too.

Check out the hashtag #idgiants and watch the Giants Minute below for highlights from the event!