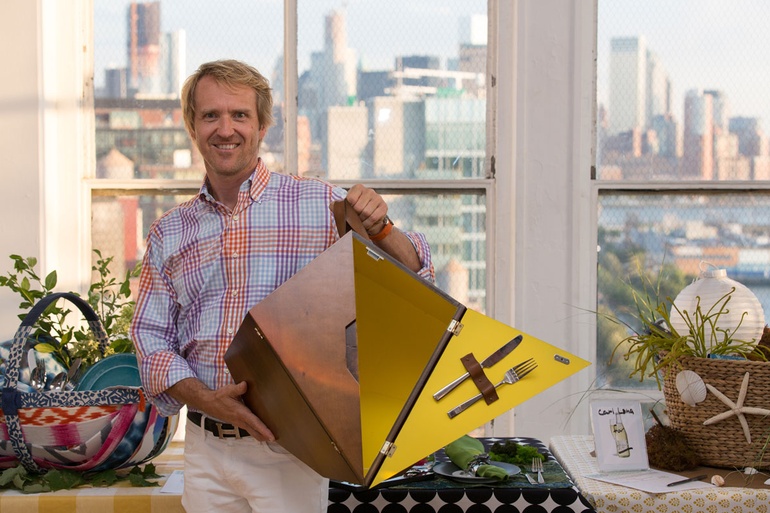 Nothing says summer in New York quite like a picnic overlooking the Hudson River. For its fourth annual end-of-summer fundraiser Picnic by Design, DIFFA: Design Industries Foundation Fighting AIDS whisked 250 design enthusiasts to the rooftop of Ramscale Studio for a mini vacation on the water.

The event sponsors were Ege, Robert Allen, Kravet, the New York Design Center, Quadrille, Poggenpohl, Hedgehouse, and URtensils with Interior Design signing on as media sponsor and editor in chief Cindy Allen serving as chairman of DIFFA. Light bites were provided by STK, Murray’s Cheese, and Fika with drinks by Cliffton Dry and Harlem Brewing Company. This year, 17 designers contributed baskets, and the event took on a noticeably different tone. As opposed to past years when attendees purchased baskets prior to the event, baskets were put up for silent auction during the event. It was a wise decision as the organization raised a record-breaking $40,000—that's $5,000 more than last year.

Annie Block, Interior Design deputy editor and a judge for the evening, commented, “It was inspiring and heartwarming to see the effort, ingenuity, and goodwill every one of the designers put toward their baskets and ultimately, toward DIFFA.” Even those who didn’t end up winning a box had a fun time. True night owls kept the party going at the rooftop of STK Downtown afterwards.