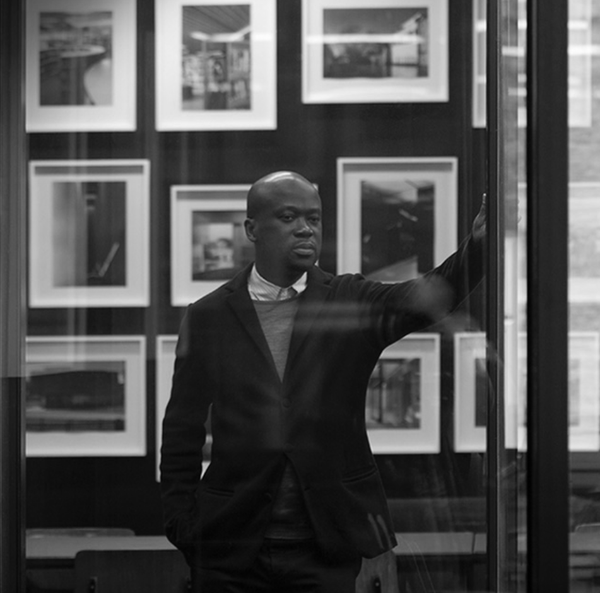 Sir David Adjaye OBE is recognized as a leading architect of his generation. Adjaye was born in Tanzania to Ghanaian parents and his influences range from contemporary art, music and science to African art forms and the civic life of cities. In 1994, he set up his first office, where his ingenious use of materials and his sculptural ability established him as an architect with an artist’s sensibility and vision. He reformed his studio as Adjaye Associates in 2000. The firm now has offices in London, New York and Accra with projects in the US, UK, Europe, Africa, Asia and the Middle East. His largest project to date, the $540 million Smithsonian Institute National Museum of African American History and Culture, opened on the National Mall in Washington DC in fall of 2016 and was named Cultural Event of the Year by the New York Times. Other prominent completed work include the Idea Stores in London (2005), which were credited with pioneering a new approach to library services, the Moscow School of Management SKOLKOVO (2010), the Sugar Hill mixed-use social housing scheme in Harlem, New York (2015); and the Aishti Foundation retail and art complex in Beirut (2015). Prominent ongoing projects include a new home for the Studio Museum in Harlem, New York, a new headquarters building for the International Finance Corporation in Dakar, and the just-announced National Holocaust Memorial and Learning Centre in London. In 2017, Adjaye was recently knighted by Her Majesty the Queen for services to Architecture, following the previous award of an OBE in 2007. The same year, he was recognized as one of the 100 most influential people of the year by TIME magazine. He has additionally received the Design Miami/ Artist of the Year title in 2011, the Wall Street Journal Innovator Award in 2013 and the 2016 Panerai London Design Medal from the London Design Festival. Adjaye is known for his frequent collaborations with contemporary artists on installations and exhibitions. Most notably, he designed the 56th Venice Art Biennale with curator Okwui Enwezor (2015). The Upper Room, featuring thirteen paintings by Chris Ofili (2002), is now part of the permanent collection of Tate Britain. Further examples include Within Reach, a second installation with Ofili in the British pavilion at the Venice Biennale (2003) and the Thyssen-Bornemisza Art for the 21st Century Pavilion that was designed to show Your Black Horizon, a projection work by Olafur Eliasson, at the 2005 Venice Biennale. 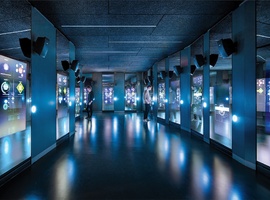