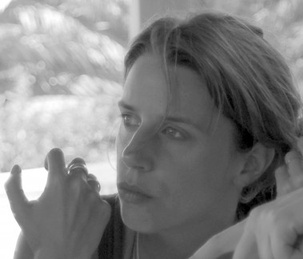 Sensitive to the spirit of a place, the firm Marchi_Architectes, one of the prizewinners of Les Nouveaux albums des jeunes architectes et des paysagistes (NAJAP) of this year, conceives of architecture as a reconciliation with nature. Adélaïde and Nicola draw on the richness of their travels and encounters as well as the reality of the profession as the framework for the act of construction. They are uniquely influenced by their Erasmus earned at the Porto School of Architecture (Portugal) in 1996 and instruction by Eduardo Souto De Moura, Pritzker 2011 and Alvaro Siza, Pritzker 1992. Adélaïde Marchi (born in 1973, graduate of the École Nationale Supérieure d’Architecture de Paris la Seine) and Nicola Marchi (born in 1968, graduate of the Milan Polytechnic) founded Marchi_Architectes in 2004. Upon their return from Paris, Adélaïde Marchi plunged straight into the profession at Brunet & Saunier, where she earned her spurs. This was the source for her knowledge of “pragmatic evidence of a worksite, management of skills and people, budgetary constraint by developer”. From the micro to the macro, they find solutions adapted to the space they have to work with, extremely aware that “every concept systematically rests on an economic plan.” This is why they work with existing natural materials, to the degree possible, and have a preference for modular structures, and take great care in working out the details of construction. This allows them to achieve sincerity in expressing the subject. 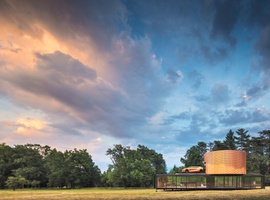