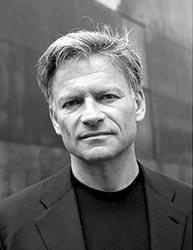 Roger Diener (Basel, 1950) studied at the Swiss Federal Institute of Technology in Zurich (ETHZ) and the Swiss Federal Institute of Technology Lausanne (EPFL) with Aldo Rossi and Luigi Snozzi among others. In 1976, he joined the office run by his father, Marcus Diener, and which he then took over in 1980. Following appointments as visiting professor at the Swiss Federal Institute of Technology Lausanne (EPFL), Harvard University, and universities in Vienna, Amsterdam, and Copenhagen, he held the position of Professor of Design at the EPFL from 1987 to 1989. From 1999 to 2015 Roger Diener was a professor at the ETH Zurich where he taught and published at the Studio Basel with Marcel Meili, Jacques Herzog, and Pierre de Meuron. From 2005 to 2013, Roger Diener was a member of the Berlin Monument Authority. He has been an active member of the Federal Commission for Monument Preservation since 2013 and a member of the Baukollegium Berlin since 2014. He has received numerous awards, including the French Grande Médaille d’Or, the Prix Meret Oppenheim, and the Heinrich Tessenow Gold Medal. 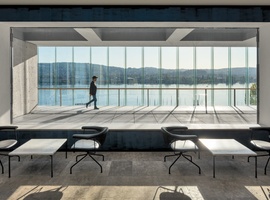