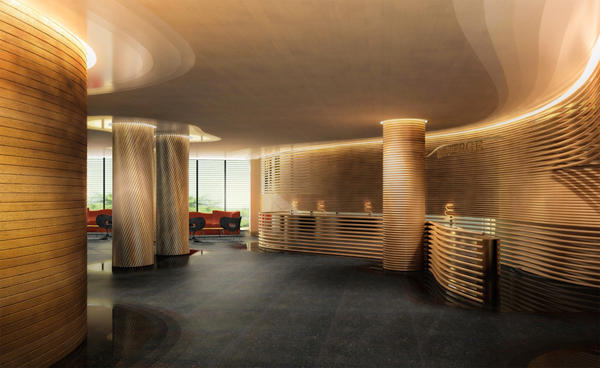 After undergoing several years of renovations, the Watergate Hotel in Washington, D.C. is set to reopen this fall. One of the key players in the project is Ron Arad of Ron Arad Architects , who has been commissioned to redesign the iconic hotel’s lobby, whiskey bar, restaurant, and outdoor spaces.


Arad, who has been working on the project for the past three years, says that one of the most important things was keeping the history of the space in mind while complementing its original architecture, which was designed by late Italian architect Luigi Moretti in the 1960s. This meant enhancing the structure’s original mid-century design with modern and luxurious updates, like a wall of brass tubes that run the length of the lobby’s registration desk and follow the curvature of the space’s walls.


“[The hotel] is a great canvas to work with,” Arad says. “[The original layout] had a lot of twists and turns that we didn’t want to fight. So we wound up playing a duet with it. We wanted to make sure that there was circulation in the layout so that it would flow.”


In addition to designing several of the hotel’s public spaces, Arad also designed its outdoor signage, which is one of the few if only nods to the hotel’s infamous past.


“We used a typewriter font that was similar to the one used in the documents discovered during the Watergate scandal,” he says.


In addition, he commissioned Italian furnishing company Moroso to create furnishings for the lobby, which will include a red-felt sectional couch dubbed “The Misfit Sofa.”


The Watergate Hotel is set to open this fall. 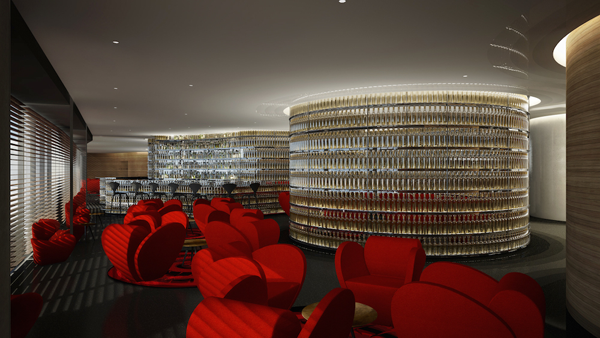