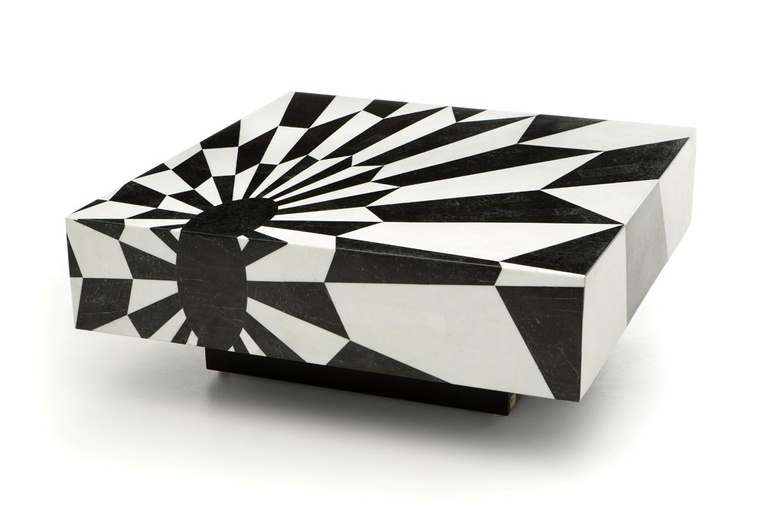 Last week Maison&Objet, the revered Parisian interior design trade show, debuted its American presence in Miami, a city known as much today for its massive indulgence in art and design as it’s always been known for sun and fun.

As an industry show, Maison is still an insider’s game, catering to designers, developers, and hoteliers. Coming to Miami, where Art Basel—Maison’s Miami inspiration in many ways—functions as a citywide party, the show's clubbishness could easily change. One of the big trends of the fair has been showing off Miami, its new home, in exhibits at the fair itself as well as partnerships with the Miami Design District and other satellite galleries and events.

As the fair itself tries to showcase the city, exhibitors from beyond Miami’s borders have taken inspiration from a style that is Miami’s most famous architectural heritage and yet also very French: art deco.

The Paris-Miami art deco connection is a strong one. The luxurious and unabashedly futurist (yet so often meticulously handcrafted) style got its name and early international recognition in Paris, at the L'Exposition internationale des arts décoratifs et industriels modernes, and became synonymous with both cities through iconic architecture and interiors. This week on the show floor oversized and whimsical chandeliers by La Murrina complement mirrored fireplace-shaped consoles by Rue Monsieur Paris, and glass boxes by Baldi. Designers and manufacturers have not been afraid of showing a little bling in Miami, and some are showing quite a lot of it.

Then there’s Zanini de Zanine, whose blocky wooden Especies armchairs manufactured by Espassohave no arms. More inspired by the clean modernism of Le Corbusier—who's Esprit Nouveau pavilion was unlike anything else at Exposition internationale—than by the styles heralded at the Exposition itself, the work of this devilishly handsome yet shy Brazilian designer has that certain je ne sais quoi that has earned him the fair’s distinction of Designer of the Year.