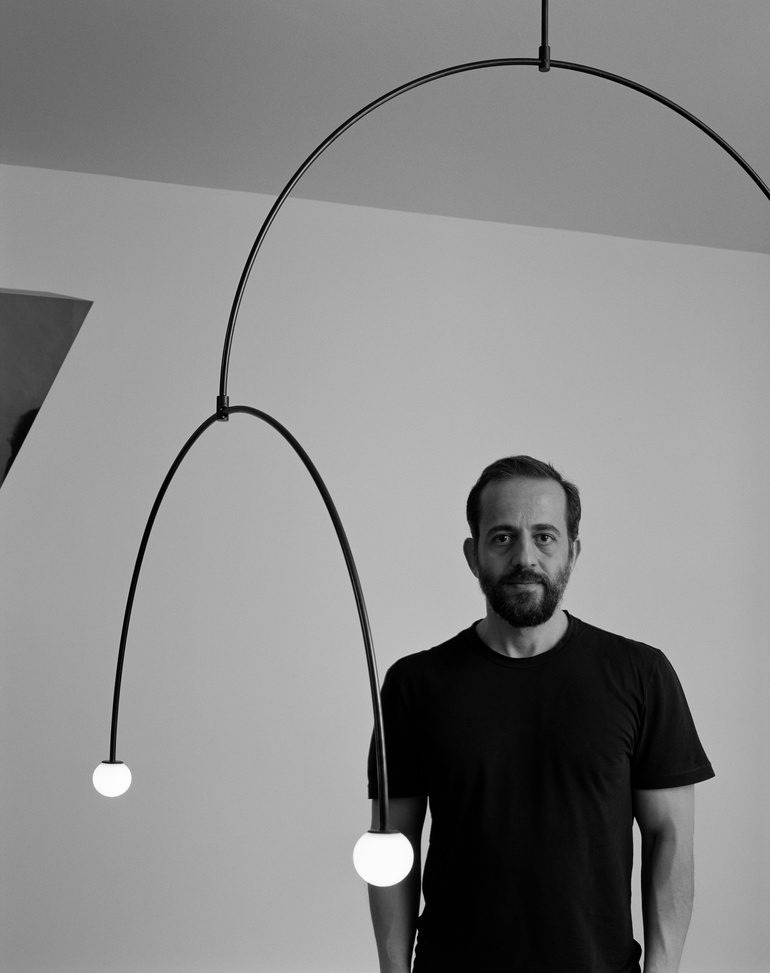 Taking a booth at the Fiera’s Euroluce lighting show for the third time, London-based Cypriot-born designer Michael Anastassiades wowed the Salone crowds with his perfectly poised collection of 15 new lighting designs and objects.

The designer’s minimalist booth, simply constructed from pine board, made for a refreshing change from the ostentatious sets that were shouting for attention elsewhere across the Euroluce’s sprawling halls. Instead, Anastassiades let his exquisitely designed objects do the talking, which, judging by the deluge of visitors on his booth, seemed to do the trick.

The collection, full of Calder-inspired constructions that balance glowing spheres of light within impossibly slender geometric metal frames, comprises a number of different series. Highlights include the new Happy Together family of pendant lamps, made up of vertical brass, nickel, or black patented rods that support clusters of glass globes in tight, orderly grids and the Somewhere in the Middle table lamps that pay homage to Carl Jacob Jucker and Wilhelm Wagenfeld’s MT8 lamp with cut opaline spheres nesting on various arrangements of brass sections.

With the On my Mind and Bob series, Anastassiades explores teardrop–shaped forms in opaline glass, crafting them into pendants, and wall- or ceiling-mounted sconces. And continuing a series that was first introduced in 2008, the studio debuted new curved versions of the popular Mobile Chandeliers.