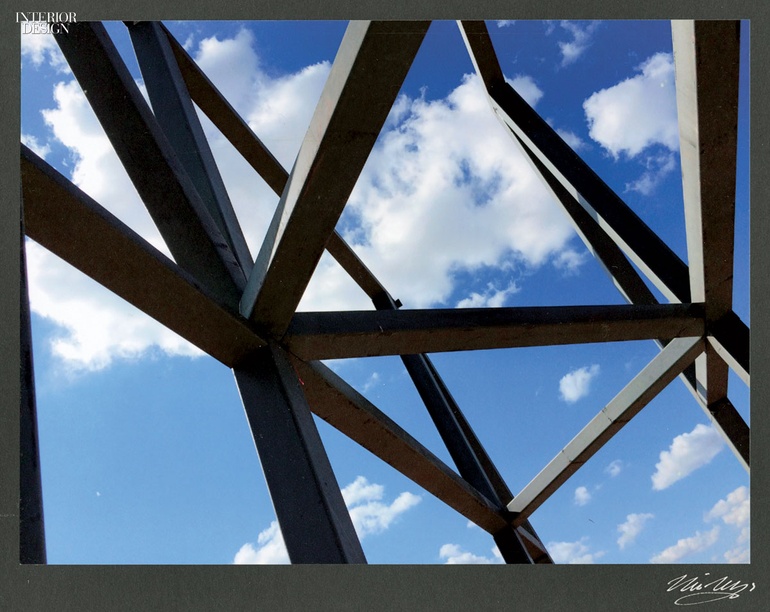 “It’s a way to show our appreciation—other than sending Christmas cards,” Rand Elliott explains. Every year, the Interior Design Hall of Fame member charges everyone on staff at Elliott + Associates Archi­tects to make an artwork to fit in a handsome black buckram-covered box. He then prints the works on heavy 11-by-14-inch stock, mounts them, boxes them up, and sends them out.

The first few times, the subject matter was up to the participants, but eventually he began setting a theme. Most recent was the Line, interpreted in mediums from photography to computer-generated drawing. His own was a calligraphic sweep of black marker. “Franz Kline was my inspiration,” Elliott says. Who were the lucky recipients? One was Interior Design editor in chief Cindy Allen.