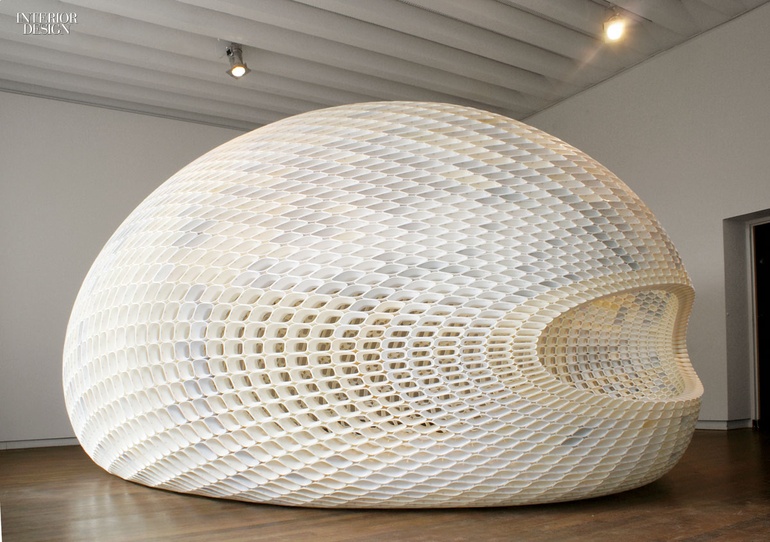 Technology brings us together, but it can sometimes be isolating. So Michiel van der Kley, who operates his namesake industrial design studio in a small Dutch town, decided to reach out to colleagues around the globe. Each participant, working solo with a desktop 3-D printer, would contribute a small number of the thousands of thermoplastic pieces required to create Project Egg, an installation inspired by naturally recurring patterns—think crocodile skin or corn on the cob. Proving the interconnectedness of the digital community, he received 4,760 pieces, enough to build the 10-foot-high structure at Dutch Design Week in Eindhoven. Next up is Milan for the Salone Internazionale del Mobile. “When you see a large object as the total of many small elements, the potential is limitless,” Van der Kley says. Is he talking about the egg. . .or the planet?