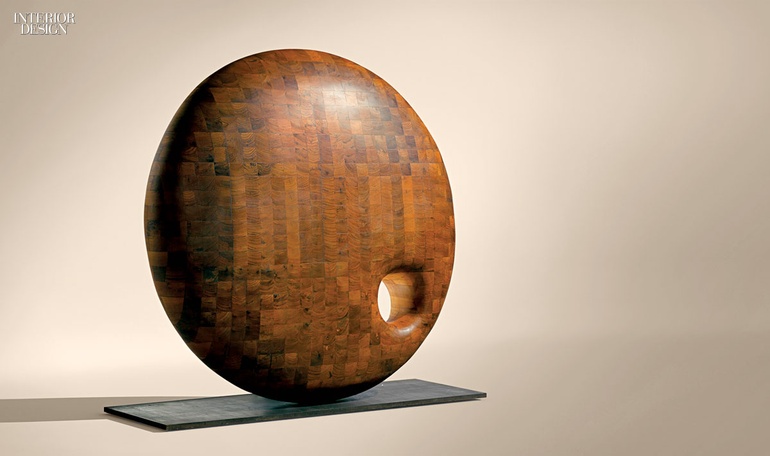 If you mixed the sculptural styles of Barbara Hepworth, Henry Moore, Isamu Noguchi, and Martin Puryear, then added a Spanish point of view, you might arrive at the works of Jorge Palacios. Like his elders, he explores materials through simple abstract forms—in this case, the material is wood. “There’s a permanent tension between the line and the curve—and the space where both converge,” Palacios says, through his translator, sounding a bit like an architect. Which is fitting, because Interior Design Hall of Fame members are particularly fond of his pieces. Peter Marino tried to buy one, and Steven Harris and Lucien Rees Roberts are hosting a solo exhibition, “Convergences,” through May 1 in the gallery at the downtown New York office shared by Steven Harris Architects and Rees Roberts + Partners. A few blocks north, Palacios’s 6 ½-foot-tall teak sculpture, Sketch in the Air, stands outside Trump Soho New York hotel.