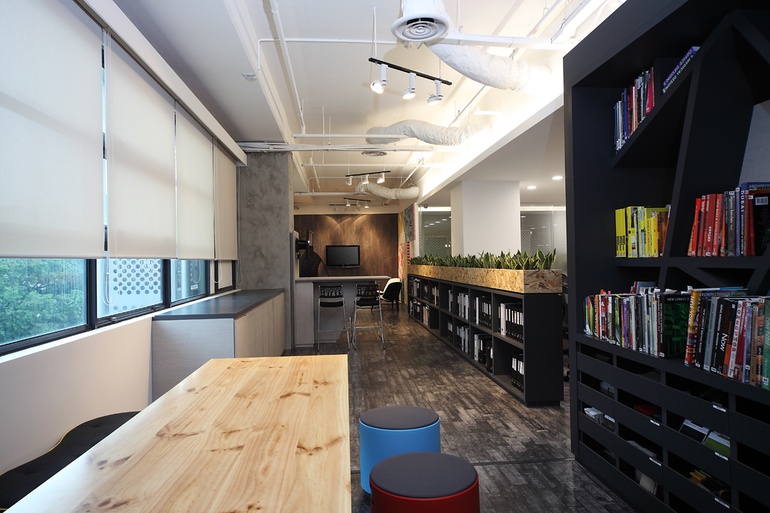 Looking at the data from Interior Design ’s annual survey of the top 100 Giant firms, it’s now possible to come to a conclusion that few people would have even considered not so long ago: We are in a period of not just reliable business growth but genuine expansion. “The past year was a record one for many firms, ours included,” Huntsman Architectural Group senior associate Daniel Carfora-Hale says.

We can only look to the future, and the top 100 Giants like what they see there. Three out of four report positive earnings growth, the highest number in five years. Only 19 Giants reported negative numbers, a group that’s been consistently shrinking. For the coming year, 82 percent expect growth. Only 6 do not. Those are sweet numbers, getting sweeter. Keep reading for the full report:

The first installment of the two-part annual business survey of Interior Design Giants comprises the 100 largest firms ranked by interior design fees for the 12-month period ending December 31, 2014. The 100 Rising Giants ranking will be published in July. Interior design fees include those attributed to:

3. Fees paid to a firm for work performed by employees and independent contractors who are “full-time staff equivalent.”

Interior design fees do not include revenues paid to a firm and remitted to subcontractors who are not considered full-time staff equivalent. For example, certain firms attract work that is subcontracted to a local firm. The originating firm may collect all the fees and retain a management or generation fee, paying the remainder to the performing firm. The amounts paid to the latter are not included in fees of the collecting firm when determining its ranking. Ties are broken by the dollar value of products installed. The data was compiled and analyzed by the Interior Design market research staff in New York, led by Wing Leung, research director .

>>See more from the February 2015 issue of Interior Design