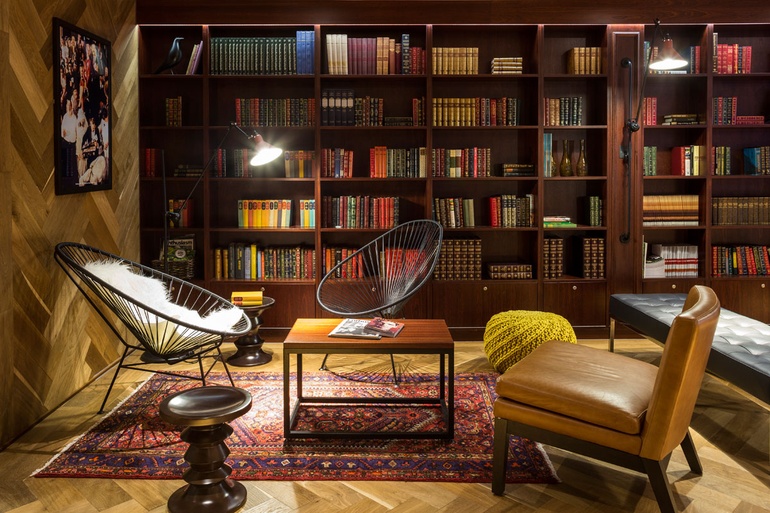 Hospitality specialist Afroditi Krassa was born in London and grew up in Greece, before returning to the British capital to study product design at Central St Martins College of Art and the Royal College of Art . She founded her eponymous studio in 2002 and is known for her holistic design approach, which often involves tackling elements such as signage and packaging on top of more conventional interior styling. This has resulted in category-defining projects for businesses including Hilton, Itsu, Curzon Cinemas and Heston Blumenthal. Despite insisting that the studio’s focus on hospitality means it shouldn’t be qualified as multidisciplinary, Krassa’s latest projects include publishing a magazine that examines trends within the industry, and her first collection of products. Here, she talks about a “massive revolution” taking place in hospitality and how to create innovative branded interiors without “being obvious.” 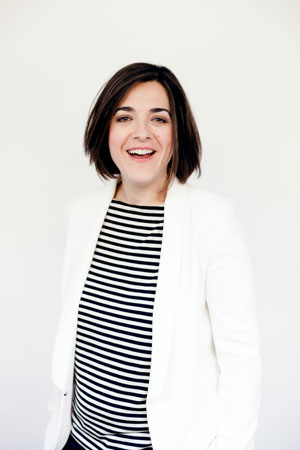 Interior Design: In September last year you produced the first issue of a quarterly publication called The Salmon about trends in the hospitality industry – can you explain what you set out to achieve with this project?


Afroditi Krassa: We do a lot of research into different areas of hospitality during our projects so we thought it might be good to put together a publication that doesn't focus specifically on design but looks at what feels to me like a massive revolution taking place in the way we dine, the way we travel and how we experience bars, hotels and restaurants. We called it The Salmon because it's about people who go in the opposite direction to everybody else and we send it to those sorts of people within hospitality to get them involved in the dialogue.


ID: The second issue focuses on ‘The Changing Face of the Business Hotel’ – what ideas and themes did your research uncover?


AK: We've come to our own conclusion that people are working and playing when they travel these days and I think that while a lot of new hotels have responded to the play part really well, the work aspect of business travel is being overlooked because it's seen as unsexy. There's a massive opportunity to design the conference floors of a hotel, the meeting rooms and all these boring parts that lack innovation. That's really the idea behind The Salmon, to show that there is an opportunity to do something different to what everybody else is doing.


ID: How does your background and training in product design influence the way you approach interior design projects?


AK: My studio was set up originally to do product design but my direction changed by accident when I met people who work in the hospitality industry, such as Pret A Manger founder Julian Metcalfe and restaurateur Mourad Mazouz. Most of the people in our studio are product designers and we approach interior design in the same way that we would design a new product. Instead of just finding some nice colours and furniture we start a step before that by researching what is unique about the client’s business or how it compares to the competition so can we tell their story in an interesting way through the design of the interior.


ID: Would you say your work for Julian Metcalfe on the branding and interiors for his Japanese restaurant chain Itsu was your big break, and what have you tried to achieve in your role as creative director for the company?


AK: This has been the most fundamental business relationship I've had, and beyond business Julian has been like a father, a mentor and a client all rolled into one. The key moment for Itsu was when we realised that we had made a mistake thinking it was all about being Japanese. We realised that it really doesn't matter what type of food we sell and that people were coming to Itsu because they loved the idea of getting an averagely priced lunch which is good for them. From then on we created a whole brand based around the idea of “eating beautiful” and feeling well instead of feeling Japanese.


ID: Your work for major brands like Hilton, Café Rouge and Curzon Cinemas manages to be consistent without being overtly corporate – how do you achieve this balance?


AK: What has been common in all our projects for big companies is that the clients themselves asked us to push their brand to the next level, and I think that's where the strength of our studio lies. We're not interested in rolling out the same corporate design they already have, but thankfully with those clients it was about either creating something from scratch or taking something that already exists and making quite a big change that moves it forward.


ID: What is the key to creating a successful branded interior?


AK: I think the whole idea of how you brand an interior space has changed dramatically and it's no longer about putting logos everywhere or repeating the same ingredients in a very obvious way. To me it comes down to identifying the feeling of a place, what does it stand for and how can you communicate that in a different but consistent way.


ID: Your design for Curzon Canterbury has a very homely aesthetic with lots of spaces for lounging, eating and reading. Can you explain this Cinema Home concept?


AK: We wanted to create a space where people can be very comfortable and come at any time of the day or night for things beyond just watching movies. They can lounge, grab a book from the library, have a coffee during the day or a glass of wine in the evening. The idea that lobbies of cinemas shouldn't just be transient spaces where you buy your ticket and your popcorn is part of Curzon's brand. We thought this idea of the home was appropriate for the setting in a Victorian warehouse, as well as its location and a younger, casual audience who probably want something more relaxed, approachable and democratic.


ID: You manage a studio that's engaged in very different types of projects, from branding to interior and product design. What do you enjoy most about working in this way and what are the benefits and disadvantages?


AK: What I enjoy most is the diversity; there's no day in the studio that is the same as the day before. Today I'm putting together a serious document about brand values for a client and tomorrow I could be art directing a photo shoot, designing a space or creating new products for our own collection. In terms of running a business, it can be quite difficult to explain exactly what we do and it's hard to achieve the right balance of resources and skills because we need to have people who do different things very well.


ID: Would you say there are any consistent threads that run through your studio's output?


AK: I can’t see any similarity in the outcomes to my projects because I don't see them in isolation, only as individual solutions that are the result of a unique process. I'm definitely opposed to the idea of a signature style and I can’t understand design studios that tackle every project in exactly the same way. But I believe there should be a process that you go through repeatedly and whether that produces similar results is hard for me to judge.


ID: You seem to have come full circle back to your roots in product design having launched your debut product collection last year. What was the idea behind the AKollection?


AK: During our projects we often spend time looking for a product or a piece of furniture to meet a specific need and we end up designing it as a custom feature. I started thinking we should produce our own designs because we understand what's missing in the market, so we developed a very small collection including a pendant lamp, floor tiles and mirrored wall panels.


I’m very fond of the Art Deco period so we took inspiration from the language of Art Deco and the materials they used then but tried to create pieces that are contemporary and not too retro or pastiche. It’s given us a chance to design something without a brief that maybe says something about who we are visually as a studio beyond our hotel and restaurant projects. It's been a fun exercise and presenting my work at a trade fair brought back memories for me because that's where my career started.

>>See more from the February 2015 issue of Interior Design 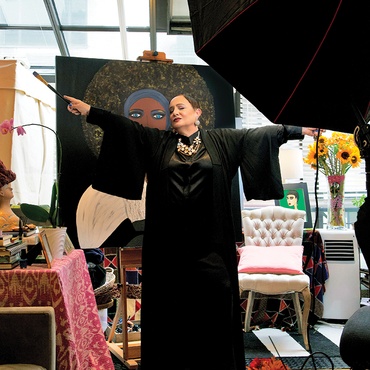 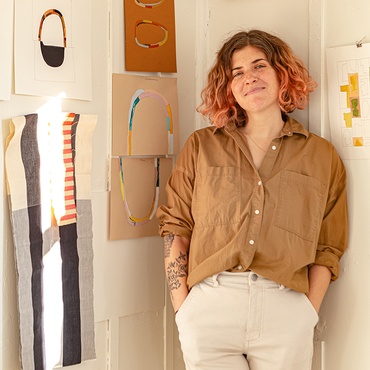 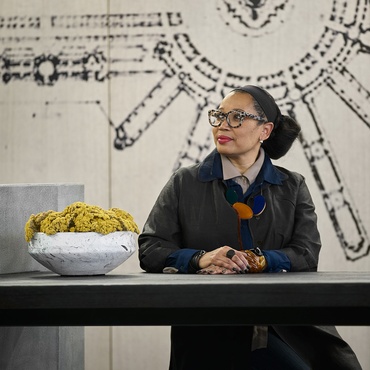 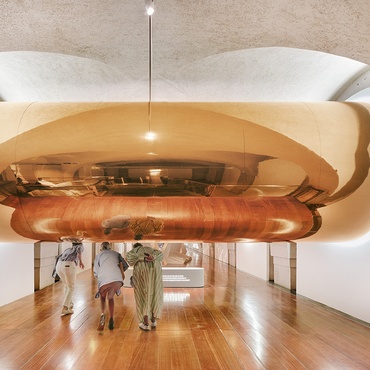