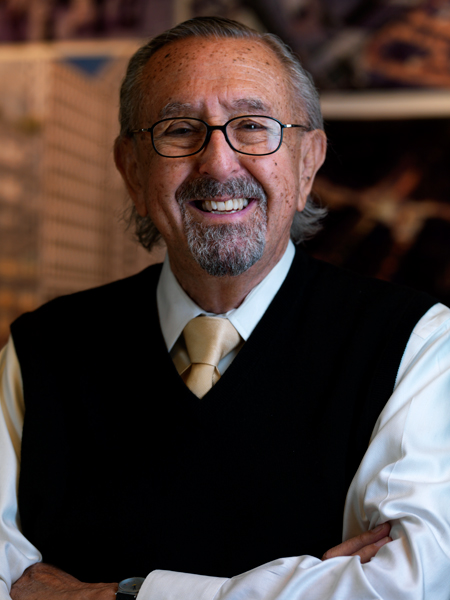 Bio : Cesar Pelli was born in Argentina where he earned a Diploma in Architecture from the University of Tucuman. He first worked in the offices of Eero Saarinen serving as Project Designer for several buildings, including the TWA Terminal at JFK Airport in New York and Morse and Stiles Colleges at Yale University. After this apprenticeship, he was Director of Design at DMJM and, later, Partner for Design at Gruen Associates, both in Los Angeles. In 1977, Mr. Pelli became Dean of the Yale University School of Architecture and also founded Cesar Pelli & Associates. Since the firm’s establishment, Mr. Pelli has personally originated and directed the design of each of its projects. In 2005, in recognition of the increased role of the firm’s principals, the firm was renamed Pelli Clarke Pelli Architects. Mr. Pelli’s work has been widely published and exhibited, with nine books and several issues of professional journals dedicated to his designs and theories. He has received twelve Honorary Degrees and over 200 awards for design excellence.

Memo from San Francisco: People Are Talking About