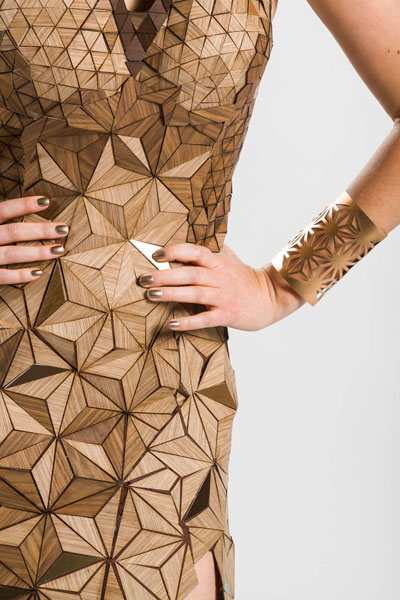 
“We were excited to use natural, raw materials especially after researching Chemetal/Treefrog,” says Rachel Bergeson, Interior Designer. “The veneers are harvested from rapidly renewable trees and then recreated to imitate many different beautiful and exotic species. We found these themes of biomimicry and imitation appealing as starting points for our design inspiration.”


Using hard materials to design a formfitting dress was not an easy task. The team laser cut the wood and used a water jet to cut the metal laminates into small repeating patterns which were then adhered in a fashion that imitated fabric and provided malleability.


The gown is currently on display at EDA’s headquarters in Salt Lake City, and may be touring local universities and other companies soon. 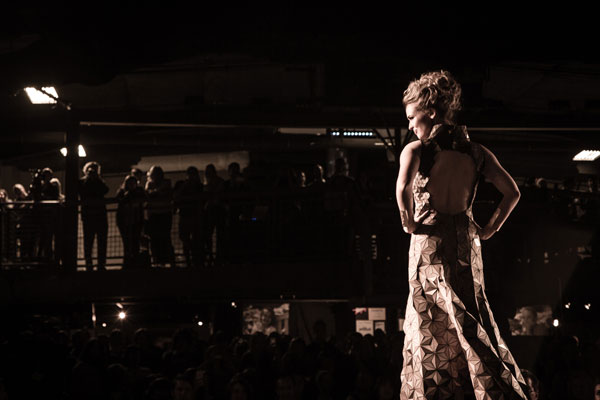