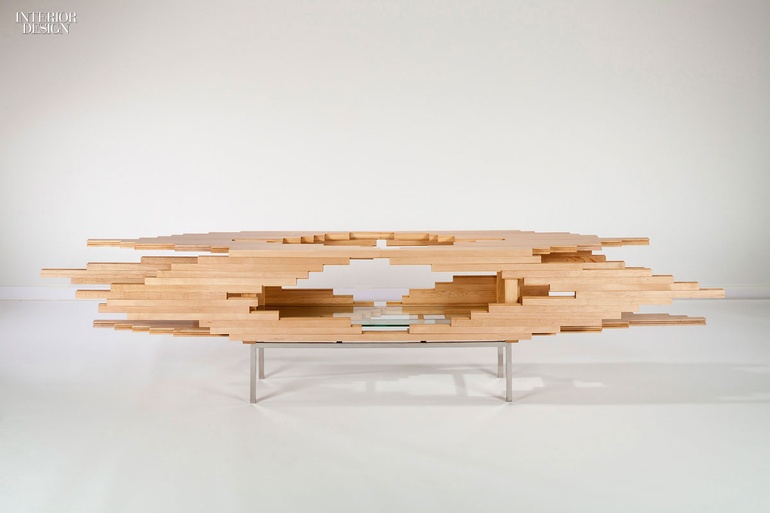 Raised in London, it follows that Sebastian Errazuriz’s work has a bit of dark cheek to it. A taxidermy duck forms a lamp’s base, for instance, while an outboard motor is attached to a coffin. These along with 35 other pieces compose “Sebastian Errazuriz: Look Again,” at Pittsburgh’s Carnegie Museum of Art, opening September 6—the artist’s first solo museum show. Things aren’t always what they seem either. Explosion appears to be a fairly standard cabinet until its myriad maple components slide apart, while the 80,000 bamboo skewers of Magistral conceal regular cubbies and drawers. Errazuriz also has two solo shows opening in New York, both on September 12th, at Cristina Grajales Gallery and Salon94.