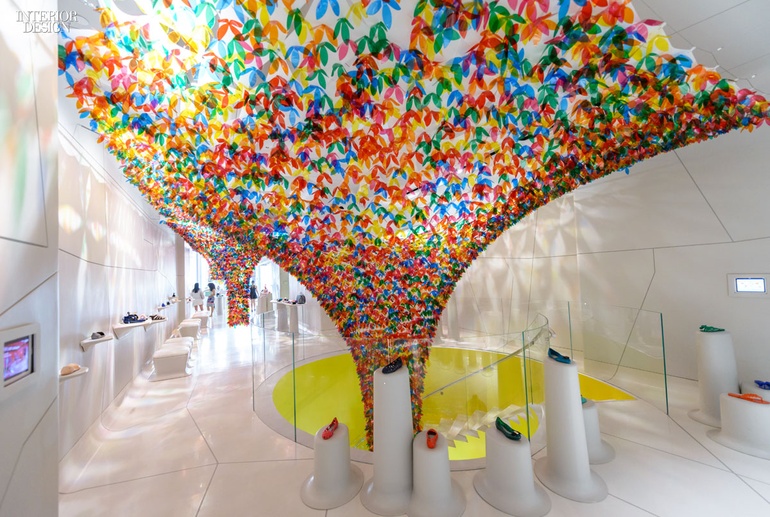 To complement the We Are Flowers collection’s styles by Vivienne Westwood and Jason Wu, the plastic-shoe brand Melissa commissioned Softlab to design a temporary installation for the New York flagship. Softlab responded with a blossom explosion transforming the bi-level, 2,000-square-foot space. Fabrication began off-site, where a flexible gridded substructure was assembled in three sections designed to accept 20,000 snap-on flowers in laser-cut polyester film. At Melissa, the sections were strung from the top of the walls, then weighted with steel rings to create funnels, one of them long enough to stretch down through the stairwell to the lower level.