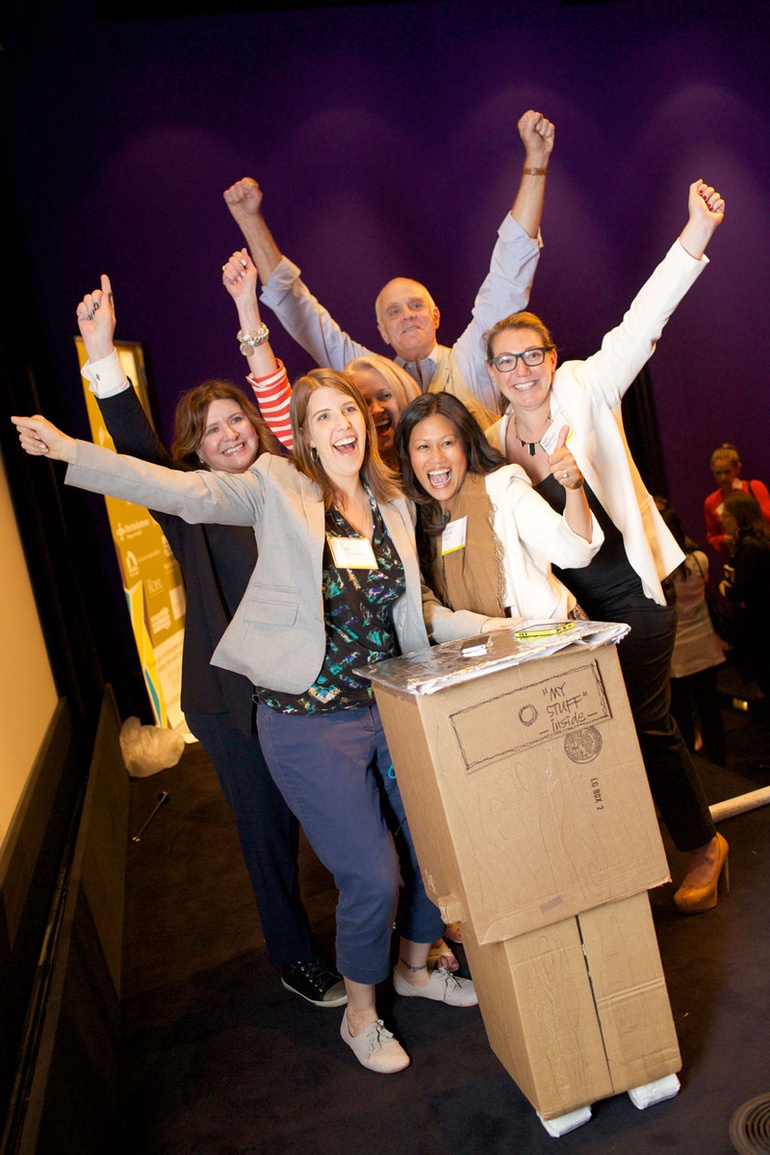 After a welcome that focused on “What’s Green in our Hood,” featuring inspiring images of sustainable projects and installations, Allen turned the podium over to Suomi who has been a driving force behind sustainable design in the hospitality industry. He and the FutureGreen Advisory Board, which includes Allen and other design luminaries, have pushed for standards and realistic actions that help achieve their goal.

Using FutureGreen as just one idea incubator, this year’s forum focused on getting attendees to come up with ideas, then create and sell them to the audience and jury. (The jury was made up of Advisory Board members.) The one caveat: The seven teams of attendees had to use cardboard as the core material, and were limited to using other material found in the room to finish off their projects.

To make the contest even more competitive, the Advisory Board added a group of school-aged children to one team since they would likely be more apt to tap into their imagination and be accustomed to working with limited resources —both core parts of the “Cardboard Challenge.”

“Limitation sparks imagination,” said filmmaker and entrepreneur Nirvan Mullick, one of the two keynote speakers at the FutureGreen forum. Mullick would know as the organization he started, Imagination Foundation, sparked the global “Cardboard Challenge” (#CardboardChallenge) that has raised awareness about the importance of creativity and entrepreneurship in children.

The seven teams, with limited time and restricted to mostly cardboard, markers and tape, came up with some amazing prototypes. (See the slideshow above for the winning idea and all the other ideas that emerged from 45 minutes of unlimited imagination.) In fact, the teams met the challenge so successfully that the jury called three of the seven teams back for a round of secondary questions before announcing a winner.

In a move that won them the hearts of the audience—not to mention children all over the world— the winning team (the “Smart 7” as they called themselves) donated the $2500 price to the foundation that Mullick founded, the Imagination Foundation. The winning team consisted of the following members: Mary MacDonald of MACCI Design Studio International, Cece Stelljes of Revamp Interior Design, Sally Reis of Liquid Elements, Dianne Orlina of Kohler Co., Ted Brumleve of Dolce Hotels and Resorts, Tara Mastrelli of Studio Tano, and Stacy Shoemaker Rauen, president of NEWH.