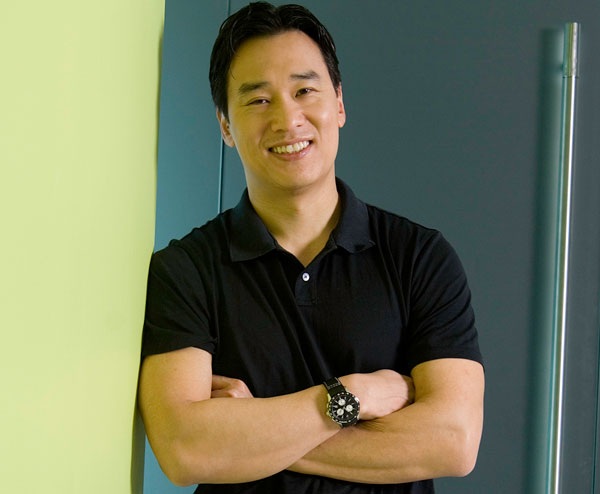 Stephen Chung, principal of Stephen Chung, Architect , has been designing residential buildings for decades, but recently he added another title to his resume: TV host. As the creator and host of Cool Spaces!: The Best New Architecture , a public-access TV series that introduces audiences to captivating buildings around the world, Chung takes viewers behind the scenes and interviews architects like Frank Gehry to get their personal take on the very buildings that have since become a recognizable part of our landscape. Chung’s hope is to bridge the gap between architects and the people who use these spaces.


Here, Chung discusses his new show, the latest in residential design trends, and his thoughts on introducing Pharrell Williams at this summer’s AIA conference.


Interior Design: How do you decide which buildings to feature on Cool Spaces! ?


Stephen Chung: Basically it’s thematic, so we find major themes by function. Then we find three buildings for each theme, and from there it’s really about finding sensational buildings. The three of us—the director of photography, the producer, and myself—look at the list of buildings and go through them. The director of photography is looking for a substantial enough building that has enough “looks” for a 20-minute segment. It can’t just be about one façade, it really has to have a lot of variation and qualities that make it sustainable for a segment. Then the producer is looking for great characters and story lines, and I’m looking for provocative, contemporary architecture and buildings that provoke a lot of questions.


ID: Your show seeks to bring architecture to a larger audience. What is one important lesson that the public can learn from watching?


SC: Buildings really are a realization of great ideas and amazing people. Some buildings are 15 or 20 years in the making—it’s an incredibly long process. The architect plays a big role, but there are so many other people involved and that collaboration is really eye opening. I think people will appreciate it the next time they go by a building and realize it’s about many things and there are a lot of ideas from different people.


ID: In filming the show, was there anything about architecture that you learned despite being an architect yourself?


SC: The Dallas Cowboys Stadium really surprised me because I had no idea that there’s a very substantial art program integrated into the building. It’s because the owner’s wife and daughter had an idea that, in Dallas, people are insane for football, but their kids often grow up never having been to an art museum. So they said, “Hey, let’s find a way to expose these people who are obviously great football fans to something else.” I thought that was really interesting and didn’t know anything about that.


ID: Is there a particular architect who has inspired you in your own work?


SC: I’ve always had a strong affinity for [New York architect] Steven Holl . I like that he really struggled in the beginning but stuck with it and slowly built up a body of work and stayed true to himself in terms of developing concepts and following them through. He would not compromise when we was younger. I’ve always admired his career arc and trajectory.


ID: You’ve also taught design and drawing at a number of universities. How has academia changed since you were a student at Harvard?


SC: I’m pretty old actually, and it has changed a lot. I didn’t really use the computer back then. When I was in school, everyone was trying to be a “starchitect,” but today students aren’t like that anymore, they’re more concerned about other things like the environment. People are changing, and I find that to be positive.


ID: As an architect, how do you like to approach a new project?


SC: I look at the site, try to get to know the owner better, and listen to what they’re about and what they might like. When I was younger, I had my own agenda. And now, it’s not that I don’t have an agenda, but it’s much more multifaceted and there are a lot of different interests involved. If a client wants something a certain way, that’s OK, I don’t mind doing something their way. I’m a little more personal, and see the larger picture. If someone wants to build a house for himself, why should I ram home something he doesn’t want? I think there are many different interests, and as long as it’s in that space, it’s okay and I’m happy to work with somebody. When I was younger, somehow I felt I wanted things to go a certain way, and if it didn’t, I was unhappy. But I don’t feel that way anymore.


ID: What significant design trends do you see emerging in the residential realm?


SC: The desire for net-zero energy buildings or very green housing. Here in Boston, we’re involved in one of the first net-zero homes. It was built last year and now we know that, this year, it’s returning more energy than it’s using. I’ve never been Mr. Green, but it feels like the right thing to do. I also think modular, and trying to find ways to do things less costly and more efficiently, but with good design, is also something we’re seeing more of today.


ID: At the end of the day, what would you say is the most satisfying part of your job?


SC: When we came up with the show several years ago, the goal was to increase awareness of what architects do and why it’s important. The TV show is a vehicle, so that part is checked off, but the goal has not been completed yet. What’s exciting is that the architecture community is trying to help get into the public consciousness. I think that they see that it’s valuable for them, even if it’s not necessarily about them directly, and I think they’ve been very helpful and supportive. So I find that very exciting and satisfying.


ID: What are some of the earliest instances you had when you found yourself engaged by good design?


SC: I wanted to be an architect since I was 9 years old, but I don’t know where it came from, it wasn’t like I was playing with LEGOs all the time. Just the idea of drawing something and having it realized, I think was a very cool idea. I was always drawing ski resorts and baseball stadiums and thing that I enjoyed doing. At the time, I didn’t know what that was called, I guess it was called an architect, but at that time I thought that drawing something and planning it to be built was the greatest thing.


ID: I understand that you’ll be introducing [musician] Pharrell Williams as a speaker at this summer’s AIA conference. What went through your head when you found out?

SC: I’ve never met him before, and the thing is that I’m not star struck by the typical celebrity. I was more star stuck when I met [architect] Richard Meier, but I’m looking forward to introducing him, and think it’s a cool and surprising choice.
Share
Tweet
Email
Pin
At Home
Sponsored
Insider's View
City Living
Bed / Bath
Vacation Home