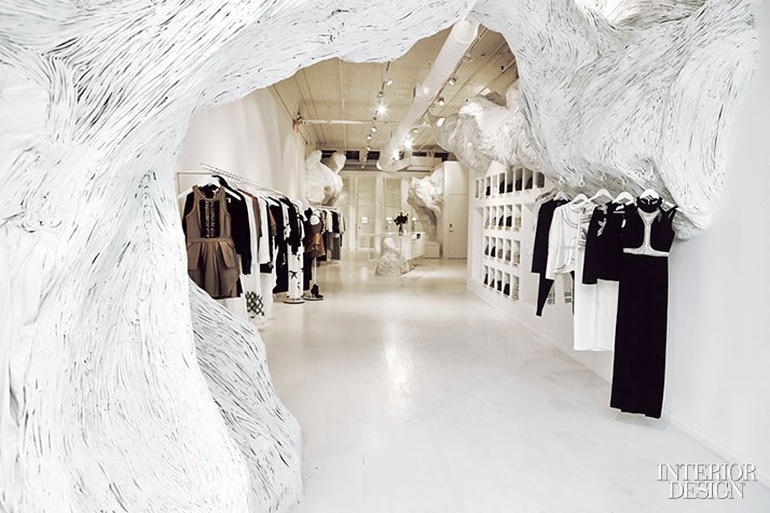 Launched in 1999 as a denim brand out of an apartment in Sydney, Australia, Sass & Bide has since expanded into a full range of women’s wear and, more recently, opened its first U.S. store, its 21st worldwide. Akin Creative and Guild worked together on the narrow, 2,000-square-foot New York space, a former gallery. Their major move was to build five enormous “tree trunks” inspired by the driftwood collected by Sass & Bide creative director and cofounder Heidi Middleton. The structures are actually a jersey fabric that’s been soaked in resin, draped over a steel frame, then painted.