Renderings courtesy of The Living.


David Benjamin founded his architecture firm The Living in 2006 and in the time since has created numerous projects that have challenged the way we view nature and the world around us. As the recent winner of MoMA P.S. 1’s 2014 Young Architects Program , the architect will be pushing the envelope yet again with a project called Hy-Fi , a temporary tower made using organic materials that will be housed in the museum’s courtyard this summer. Once the exhibition ends, the construction will be dismantled and composted, bringing the materials full circle and returned to the planet.


Here, Benjamin talks about sustainability, how biology plays a key role in the future of the industry, and why it’s okay to not always follow the rules.


Interior Design: You founded your architecture firm “with a mission to create architecture of the future.” In what ways do you think the industry has changed over the years? 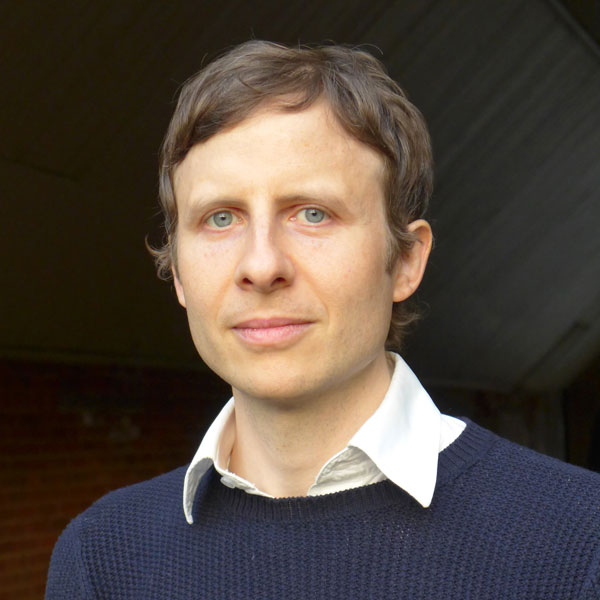 David Benjamin: One of the new technologies we used to experiment with was using computers when building architecture. This was before the term “Internet of Things” existed and I used to be fairly confident that I knew every example of projects in this area because there weren’t too many of them. Now there’s been an explosion of projects in this area, even more than I know about it. Many people who are not experts in this area are able to start experimenting with this type of technology. Using a computer for architecture used to be an interesting project in and of itself, but that’s not always the case anymore.


ID: And where do you see the industry going from here?


DB: One thing I see that’s really interesting right now is the use of biological technology in architecture. We’re still really early in its usage, but I think it’s a trend that’s going to expand and has a lot of opportunities, and there will be a lot of new experiments and projects in the next several years. Maybe in another eight or 10 years those types of approaches will become more commonplace.


ID: Many of your past projects seem to be deeply influenced by biology. What is it about nature that inspires you most?


DB: I like to think that we can draw on and harness nature in addition to being inspired by it. I’m cautious about using terms like “being inspired by nature” because I think there’s a long history of design and architecture being inspired by nature. I also think there’s something new and unique about what’s possible now, and a lot of that has to do with the possibility of harnessing, and even reprogramming, nature to help us perform tasks and solve human problems often on a different scale. It’s less of a spiritual or creative influence; I think there’s a whole new world of tools and creativity and design possibilities if we can do things like use the natural algorithm that some types of unicellular organisms use to make an efficient and adaptive network between food sources. As humans, we could use that to make an efficient and adaptive network between cities.


ID: MoMA P.S. 1 recently named you the winner of its 2014 Young Architects Program. Can you tell me about Hy-Fi, your design proposal?


DB: It’s a project that operates on two levels. The first is that it provides a fun and captivating environment for the museum’s annual summer “Warm Up” event in its courtyard. Secondly, it represents a large-scale task for a new paradigm of design and manufacturing. Specifically, Hy-Fi is a branching circular tower that creates a cool microclimate within the courtyard. It has interesting views and patterns of reflected light, and properties of sound and heat insulation calibrated to draw cool air in and push hot air out. We think it will create a very interesting space. It also offers a new definition of sustainable architecture that’s a really radical experiment in which we can make a significant architectural structure with almost no energy required and almost no carbon emissions. One way we framed that process is by starting with the Earth’s natural carbon circle of growth, decay, and regrowth. We’re temporarily diverting this cycle by taking raw materials and forming them into a piece of architecture that, once it’s done serving its purpose, can be returned to its natural cycle. It sounds simple, but it’s really different from the way anything in our physical build environment is made. It’s 100 percent compostable, which is a far cry from what most things are today.


ID: Was there a particular instance in your past that made you want to focus your work on sustainability?


DB: I can’t think of a specific moment, but it definitely seems like it’s a major challenge for our time. I’m hesitant to be too dogmatic about anything, but I do think it’s an important issue and the stakes are so high and necessities are so clear that we all have to address it in some way. I feel lucky that some of the things that I’m passionate about are ideas and culture and technology, and that they can intersect with sustainability in a really interesting and rich way that feels productive and keeps me very interested.


ID: In addition to being an architect, you also serve as the director of the Living Architecture Lab at Columbia University Graduate School of Architecture. How has higher learning changed since you were a student?


DB: I would say that there’s generally more recognition that there’s great value in interdisciplinary collaboration. It’s exciting to me and I’ve always liked to collaborate with people in other disciplines on my own projects. It’s becoming more mainstream across the universities and it certainly has an impact on architecture. Another change is how computation relates to design. Although that’s a trend that everyone has known about for a long time, it still seems really important and it’s a good time to start thinking about what is the best use for computation. How to use computation to enhance our creativity rather than just using it for efficiency


ID: Why is this an exciting time for architecture?


DB: I think data is an incredibly important piece that in a way was once hard to understand and recognize several years ago. Even the context has changed, there’s now so much more of it. There’s a bigger demand now than there was several years ago and the ability to work with data and think about data and how to make sense of data is important. Also important is globalization and the increasing importance of working with an incredibly interconnected global world.


ID: Are there certain spaces or locales that have inspired you?


DB: They’re more like moments that I seek out as opposed to places. These moments are basically when I can lose myself in thought. Living in New York City, sometimes I can have these reflective moments when riding the subway or when I’m not really trying to accomplish a task and I’m just in a moment of transition or pause and can think about some of the issues on my mind in a loose way without trying to accomplish something specific.


ID: Are there any rules you live by as an architect?


DB: I do love the idea that we can always do it in a new way. It’s almost a contradiction but if there’s any rule I have, it’s that you don’t have to follow the rules and realize that anything is up for questioning.


ID: Besides Hy-Fi what other projects are you working on?


DB: Two projects that we’re working on are in some ways related but different. The first is a 200-foot-long loading pier in New York City’s East River that is a public interface to water quality. It’s an extension of a project we did previously as a prototype called “Amphibious Architecture.” What we’re working on now is a permanent and larger pier. We’re working with the City of New York in collaboration with an artist named Natalie Jeremijenko and SHoP Architects , and this project will be interesting since it marks the river as a public space. It will have dynamic lighting that blinks and changes color according to water quality or the presence of fish in the river or human interest in the environment. It offers something interesting to the city and points to a future city where buildings, skylines, and surfaces of water can communicate important things and be considered a dynamic art of public space enriched with data. The construction should be done by the end of this year.


We’re also designing a laboratory building for the Princeton University School of Architecture that will house the university’s cutting-edge, next-generation research on N-body computation. It will include things like robotic arms, sensors embedded into buildings, and new types of dynamic and interactive structures. This project is very exciting for us because we’re designing a building to house the type of research we also enjoy doing. There’s no set completion date, but we’re aiming for the end of 2015. 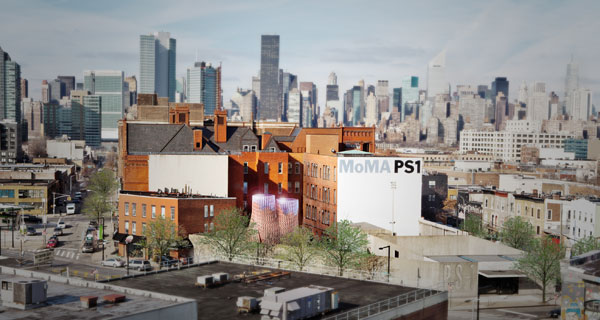