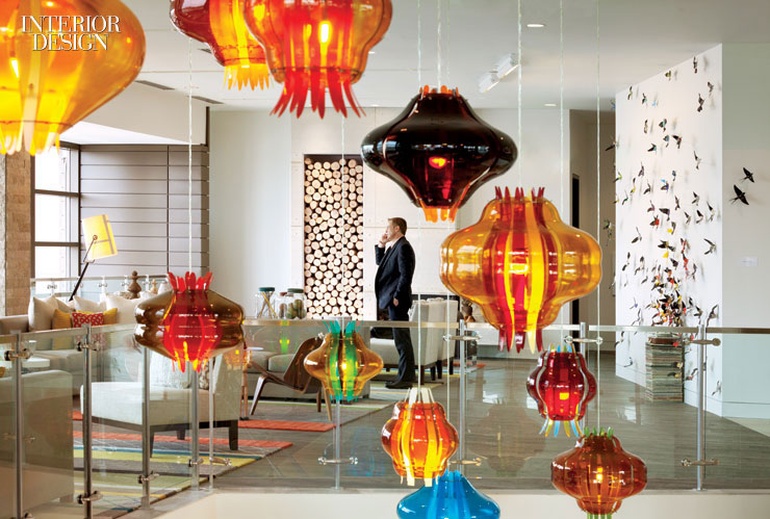 The statistics in Interior Design ’s top 100 Giants speak for themselves. Total design fees, which have seen a steady climb since 2010, hit $3 billion, topping the Giants’ own forecast from a year ago by 10 percent. See the infographic for fees by market segment . Total square footage installed was 877 million. That beat the Giants’ forecast by 21 percent. The total number of projects also exploded, from 34,000 to 49,500, which meant specifying fixtures, furnishings, and construction products to the tune of $69 billion, with $20 billion of that for interiors. The sustainability movement remains an?interesting phenomenon. Green jobs still?generate half of all fees, but LEED-?accredited staffers dropped from 35 percent to 31. So it seems that fewer designers are producing more green square footage (55 percent) with more green products (62?percent).

Six firms have moved up the list from last year's Rising Giants 101-200 ranking, while five new firms appeared on the list for the first time ever. The most admired firms are Gensler (#1), Yabu Pushelberg (#43), and Perkins + Will (#3).

Of the top 100 Giants, 95 say that 2014 “will be better for our business.” That’s the highest score recorded since we started asking, four years ago. Now keep reading for the breakdown according to the following:

The first installment of the two-part annual business survey of Interior Design Giants comprises the 100 largest firms ranked by interior design fees for the 12-month period ending December 31, 2013. The second 100 Giants firm ranking will be published in July. Interior design fees include those attributed to:

3. Fees paid to a firm for work performed by employees and independent contractors who are “full-time staff equivalent.”

Interior design fees do not include revenues paid to a firm and remitted to subcontractors who are not considered full-time staff equivalent. For example, certain firms attract work that is subcontracted to a local firm. The originating firm may collect all the fees and retain a management or generation fee, paying the remainder to the performing firm. The amounts paid to the latter are not included in fees of the collecting firm when determining its ranking. Ties are broken by the dollar value of products installed. The data was compiled and analyzed by the Interior Design market research staff in New York, led by Wing Leung, research director.