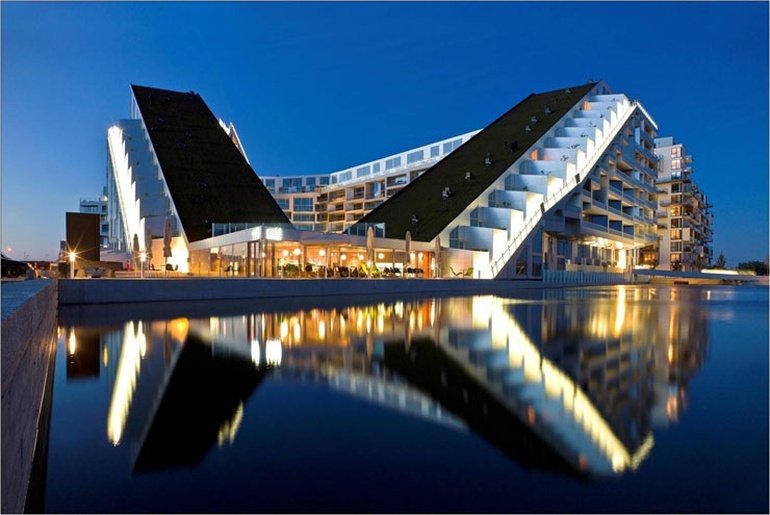 One of the world’s most influential and exciting architects, Bjarke Ingels has held the industry’s attention with ecologically responsible, research-based, tech-forward approaches to the design needs of tomorrow. Ingels opened the doors of his eponymous firm in 2005, following successful stints as a co-founder of PLOT Architects and as a standout staffer at Rotterdam-based OMA . The 39-year-old architect is a sought-after educator (Harvard, Yale, Columbia, and Rice), and a prolific lecturer, and has contributed his perspective to TED, WIRED, the World Economic Forum, and AMCHAM.

Bjarke Ingels Group employs more than 150 employees within its Copenhagen and New York offices, and has won acclaim for its diverse projects. Completed works include the Mountain Dwellings in Copenhagen, the Danish Pavilion at EXPO 2010 in Shanghai, and 8 House in Copenhagen. In progress are paradigm-shifting works, from the Phoenix Observation Tower and Copenhagen’s Battery Project to the National Gallery in Greenland, Azerbaijan’s Zira Island, the Astana National Library in Kazakhstan, and Denmark’s LEGO House.

We stole a moment with this very busy man to learn the ins and outs of his pure-strain innovations.

Interior Design: Bjarke, the design world is very enthusiastic about your work, and considers you to be a ture pioneer. With what intention did you form BIG, and how has that intention changed or grown? 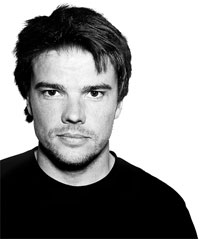 BJARKE INGELS: One of BIG’s reasons for being is the disconnect you see on the traditional spectrum of architecture and design—crowded on the periphery, with the central overlap almost completely abandoned. On one hand, the vast majority of firms can be said to be major corporate companies that make predictable and boring boxes of high standards. On the other is an expressive avant-garde that produce designs that are often as unpractical and overpriced as they are spectacular. BIG attempts to occupy the middle ground, or overlap where careful analysis and rigeur allows us to identify real reasons—needs, concerns, demands, or desires—for doing things differently. You can say that when our designs look different, it’s purely because they perform differently.


ID: What would you say are some of the great opportunities within the design world today, as our cities are becoming larger and more dense?


BI: Lately, we’ve become interested in the fact that it seems to be almost like a law of culture that the infrastructure of the industry of the past inevitably gets reinvented as the framework for the culture and leisure of the present. A decommissioned power plant becomes an art museum, or a discontinued train line becomes the High Line—one of the most popular parks of New York. So we have thought: What if this idea of social infrastructure could happen proactively—instead of waiting for a power plant to become obsolete, we could already conceive of it as having positive social side effects?


ID: In what ways are you putting this thought into action?


BI: Right now we are building ARC, Amager Ressource Center, in Copenhagen. It’s a waste-to-energy power plant that turns trash into district heating and electricity, and will be the biggest and tallest structure in Copenhagen. It could easily be a big, ugly box that casts shadows on the neighbors and blocks the views. So we decided to turn its roof into a manmade ski slope—celebrating that we have snow in Denmark, but no hills. The big volume of the power plant will double as the park where the Copenhageners can go alpine skiing at the heart of the city. I believe our cities hold countless opportunities of social infrastructure, where investments in utilities can double as spaces for the life of the citizens. The architectural equivalent of killing multiple birds with a single stone will gradually blur the lines between private and public, utility and leisure, city and landscape.


ID: What do you foresee for the cities of the future?


BI: The distinction between city and countryside is diminishing—not like the suburban sameness that characterized postwar suburban expansion but rather a new kind of dense city that is conceived as a manmade ecology, that channels not only the flow of people or traffic but also the flow of resources through our cities and buildings. We’re seeing a tendency that nature, parks, even farming is returning into the dense city center and that people are starting to desire gardens, even if they are living on the 10th floor. In that sense, our design for the 8-House and the Mountain in Copenhagen or lately the W57 Courtscraper in New York are somehow samples of what is to come.


ID: What are some of the satisfying, inspiring, and challenging projects on the firm's plate right now?


BI: In terms of satisfaction, the work we’re doing for LEGO right now, for the LEGO House in Billund—the hometown of LEGO—is like a boy’s dream come true. We are attempting to accommodate and manifest various elements of LEGO culture, aspects of learning, creativity, tectonics, technology, perfection, and play into the architecture. I couldn’t think of a more ideal client for an architectural project than the very plastic brick that first got us all hooked on building.


Regarding inspiration, we have been doing some initial studies for a technology company that I find to be one of the most innovative and transcending companies in the world right now. It seems that to continue that collaboration would be a gateway to countless innovations. When it comes to challenges, I think our biggest challenge right now is to work with the Housing and Urban Development cabinet on designing resilience for all of Lower Manhattan—what we have dubbed the “BIG U”–which is a monumental challenge and potentially a great built example of social infrastructure at the scale of a city.


ID: How have you assembled your team; what are the traits and energy you feel best represent your aims?


BI: We like to describe our way of working as “knowledge-driven design.” That is, we spend a great part of the design process analyzing what are the specific fields of knowledge that are crucial to making the right design decisions. What are the key criteria? What are the greatest potentials for success or failure, the biggest problems to solve? Using that clarity we identify what specific information we need to acquire to inform our design decisions. As a result, we seek out the adequate specialties for each project. Internally, we are mostly designers, architects, and technical assistants—even one or two engineers. But externally there is no limit to what kind of expertise we might need to call upon to qualify our design decisions for a particular project.


ID: It’s said that your firm operates in the overlap between “pragmatism and utopia.” What does that look like?


BI: We turn “making the world a better place” into a practical objective. Within the very practical and pragmatic confines of a city block or a building site we attempt to realize a small fragment of the world as we would like it to be to live an work in. So, “pragmatic utopian” designs include a power plant where you can ski on the roof, flood protection that appears to be a playground or park, parking structures that become mountains of houses with gardens, or a three-dimensional urban block where people can walk and bicycle along townhouses all the way to the 10th story penthouse. All seem and sound utopian in their ambition, or radical combination of seemingly incompatible elements, but once realized they form an integrated part of our everyday lives.


ID: How do you like to handle the client dynamic? Is there a formula that really works for you in meeting clients’ needs throughout the process?


BI: Architecture is like portraiture in the sense that the success of a portrait is not only in the artist’s capacity to express him or herself but perhaps more importantly in the artist’s capacity to express not only the appearance but the character, the personality, the aura, or even the soul of the subject. A successful portrait is more about the subject than the artist. We don’t design our buildings for ourselves. They are not going to be ours. They are going to be the best possible manifestation of what we see to be the greatest potential for who the client is or who the client wants to become.


ID: Your company’s very involved in research, allowing you to design with greater innovation and clarity. Tell us about your standards of research.


BI: We use the need to design as an excuse for research. By spending significant resources at the beginning of each design phase to get an overview and an understanding of a field, we end up accumulating general insights that transcend the specifics of the one design challenge. And certain subjects we have taken on through the scope of academia. For me, teaching has meant the possibility of spending three to four months with twelve driven individuals, diving into a subject that we feel curious about but where we might not have the professional excuse to spend time on it. Academia is our way to do basic research into subjects like ecolomy, engineering without engines, or social infrastructure—ideas or subjects that have also influenced our design work before and after the studios.


ID: Your firm’s work will undoubtedly provide inspiration for future generations of designers, architects, and thinkers. What are some of the earliest instances in which you found yourself captivated by great design?


BI: Of course, LEGO was at the beginning of any interest in design. I would always have the center of my room filled with an ongoing self-made LEGO City that was like a constant work in progress. Then, I’d say the James Bond villains’ lairs have always been a great fascination. The secret utility, trap doors, stairs that turn into slides, and secret marinas nested in to tropical islands are essentially examples of architecture that looks different because it performs differently. Finally, I’d say military architecture, fortresses with their integration of landscape—moats and fortifications—are radical aesthetics that come from logistics and ballistics rather than compositional preoccupations. In fact I still think that the Intrepid on the west side of Manhattan is the greatest design museum in New York. The incredible beauty that you find in the aircraft carrier itself, as well as the Thunderbird, the Harrier, the Concorde, or the Enterprise—just to name a few—are second to nothing else in the city. Extreme utility, the strive towards extreme speeds, or survival, or escaping gravity drive all decisions beyond traditional aesthetics, materials, and technologies, and force new shapes and designs into being. That remains a great inspiration. Imagine, creating a creative environment that is as wildly innovative without the pressure of war—hot or cold.