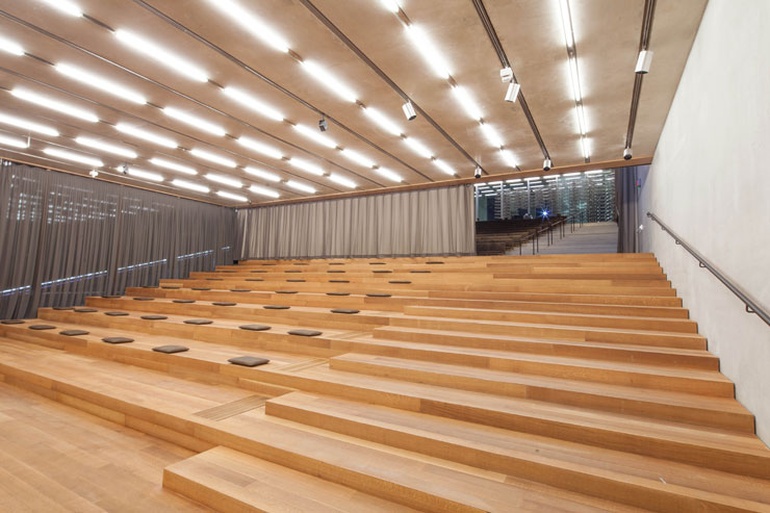 While still a work in progress, the new Pérez Art Museum Miami officially opened its doors last week during Art Basel’s 2013 edition. The Zurich based firm of Herzog & de Meuron is responsible for the architecture and design of the new $220 million building situated in a 29-acre park overlooking Biscayne Bay. Formerly the Miami Art Museum, PAMM was built with private funds including $40 million from developer and collector Jorge M. Perez as well as a $100 million bond from Miami-Dade County, all of which enabled the museum to triple its size.

“The thing that makes Miami so extraordinary is its amazing climate, lush vegetation and cultural diversity. How can these assets be fully exploited and translated into architecture? That’s the way we tried to go with our design for the new museum,” says Jacques Herzog. The three story structure encompasses 200,000 square feet of indoor and outdoor programmable space including galleries, covered verandas, auditorium, restaurant, bar, museum shop, theatre, library, media lab and classrooms.

Hanging vertical gardens designed by French artist and botanist Patrick Blanc complement the building’s flat roof and wrap-around terrace. “The building's environmental circumstances—hot climate, heavy storms—have informed the architectural concept. The use of concrete and the large canopy are part of a strategy to keep the heat out,” says Christine Binswanger, principal and lead architect on the project.

And while the interior space is supported with concrete walls and floors, the gallery spaces are flooded with natural light and views of the bay and surrounding park. The curatorial program is focused on artists with strong ties to the United States as well as the Caribbean and Latin America. And it’s only fitting that the opening exhibition is a survey show of the Chinese dissident artist Ai Weiwei who collaborated on the Birds Nest Olympic Stadium in Beijing with the architects of this stunning Miami museum which in addition is pending LEED certification.