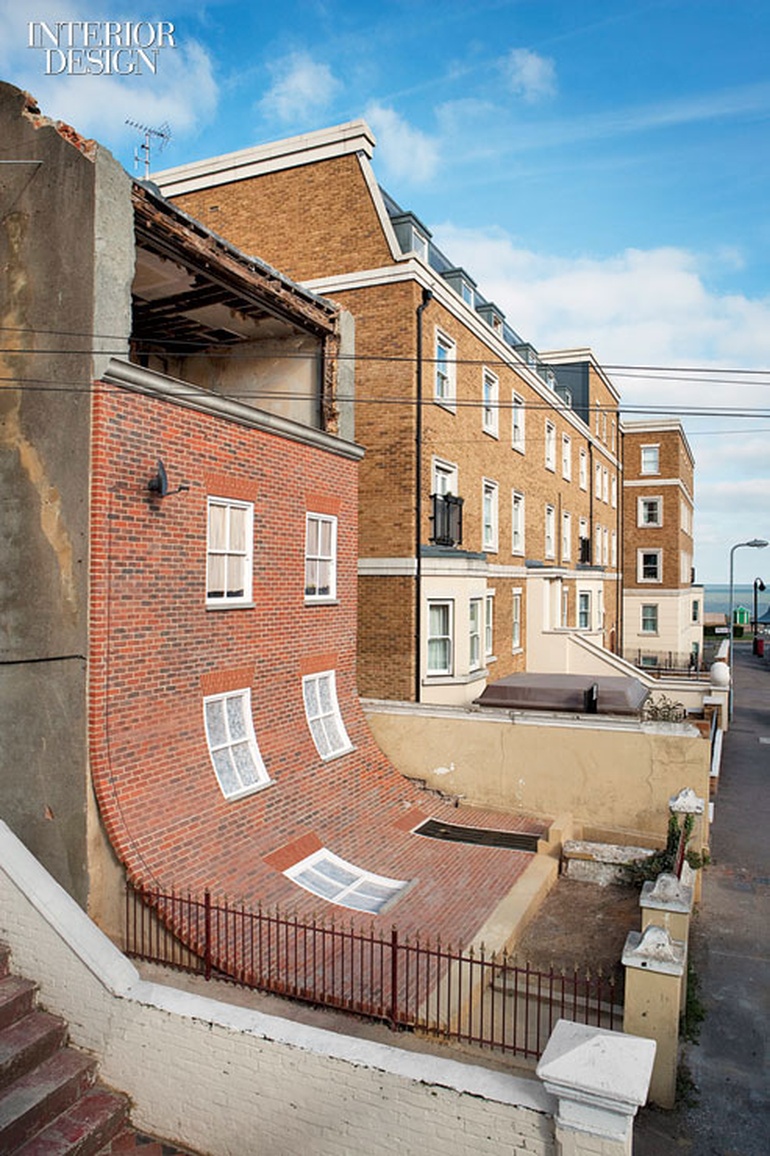 Once a thriving vacation spot on the English Channel, Margate fell on hard times that only worsened in the recent economic downturn. The U.K. town is now slowly regenerating, thanks to the arrival of a museum, the Turner Contemporary, and the artists it attracts. Among them is Alex Chinneck. A Gordon Matta-Clark for today, Chinneck likes to mess with buildings—for instance installing 1,200 glass shards across a London factory’s facade to create the illusion that the windows had been identically smashed.

In Margate, he set his sights on a 19th-century house damaged by fire. Donations from 10 building-supply and construction companies made possible his reinvention, From the Knees of My Nose to the Belly of My Toes. After removing the real facade, he installed a curved plastic framework fitted with bricks, windows, and a door that look as if they’re in the process of slipping down from the roof to the ground.

The local council has purchased the house and plans to return it to residential use next October. In the meantime, tourists are arriving in throngs.