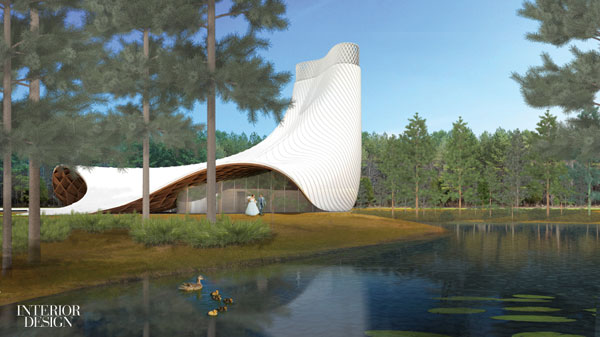 
Monday evening saw a quasi-full house at the Broad Stage Theater in Santa Monica. That’s where the Los Angeles architecture and design community gathered to pay tribute to its own with the annual AIA/LA Design Awards . The big winner of the evening was Brooks + Scarpa . Angie Brooks, elegant in all white, joined Larry Scarpa to accept their four honors. They were: the Cultural Affairs Commission Award for the America Tropical Interpretive Center; AIA/LA Next Awards for Interfaith Chapel at University of North Florida; and AIA/LA Design Awards for Metalsa Center for Manufacturing Innovation and CAM Museum of Art.