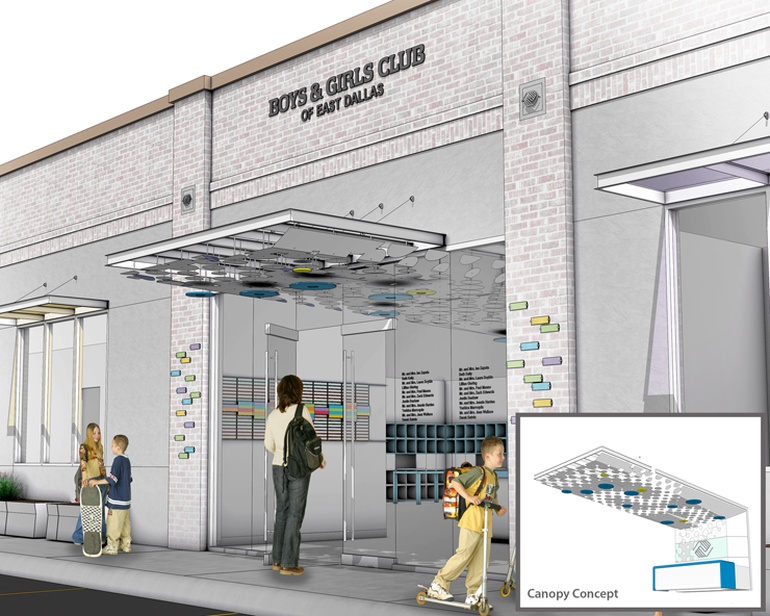 Though Kolstad views software as “the essential design environment in which we communicate and collaborate together to achieve new levels of sophistication and innovation,” he is quick to remind his team that they’re the ones in control. “If the program is not meeting your needs, switch to another platform or go back to the pencil and start from scratch. It is the back and forth process between analogue and digital environments that produces the best work.”

“What is a script you ask? Basically, it’s a custom set of program instructions that plug into Rhino, to override and control its magnificent modeling capabilities,” says Kolstad.

That means the firm can use Grasshopper for certain complex geometric problems that require greater designer control, like a perforated screen. The plug-in also allows them to automate pattern development, or set up a matrix of parametric variables to control aperture size, location, orientation, spacing, etc. The variables can be adjusted together or independently. Gensler used Grasshopper in the development of the Reunion Tower in Dallas as well as in building façade studies and various other projects.

“It’s an exciting time to be a designer,” says Kolstad.