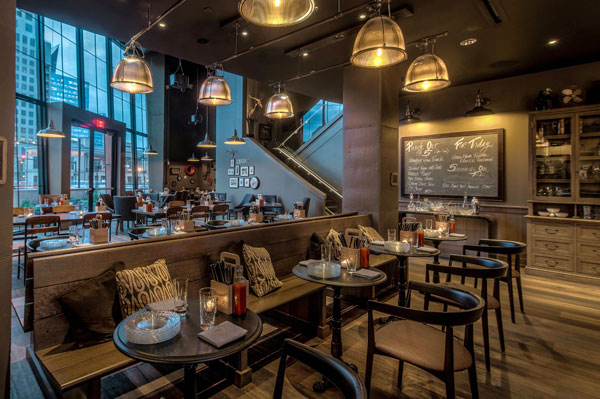 The rough-hewn, industrial interior of Cook Hall Atlanta contrasts with the sleek, modern glass exterior of the building.

When the W Atlanta – Buckhead closed down its former Market restaurant, they called in Culinary Concepts Restaurant Group to re-imagine the space as an old-fashioned, prohibition-era speakeasy.  The goal was to recreate the look and feel of Cook Hall Dallas , which just opened in the W Dallas – Victory in October, with its innovative bar programs and welcoming interiors. 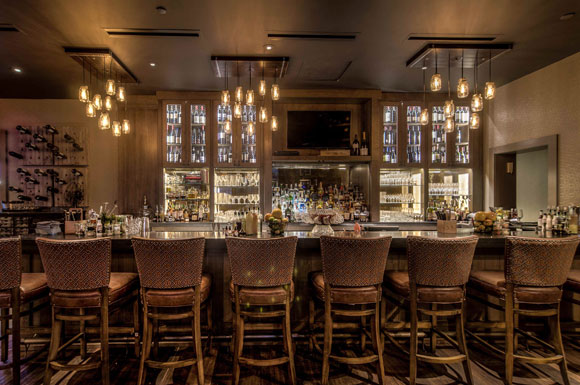 Custom pendants were made from mason jars sourced from local consignment and antique shops, while other glassware dates back to the early 1900s.

For the Atlanta location, Culinary Concepts found Blackdog Studio , a design firm which had previously completed work for W's parent company, Starwood Hotels & Resorts , to breathe new—or should we say old?—life into the space. Cook Hall Atlanta is the second location of a franchise which hopes to revitalize the the gastropub trend.

To begin the creative process, the team toured a slew of New York restaurants and industrial spaces, including Freemans , The Dutch, and Locanda Verde . According to Carolyn Auger Joiner, principal of the studio, “The biggest challenge of the job was renovating the modern Market space, which had featured cool colors and clean lines, into a rough and tumble, industrial space.” 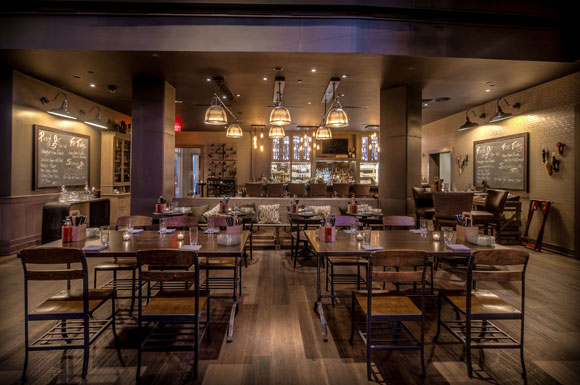 To make the transformation, Blackdog strayed from most W hotels' textbook dedication to the contemporary. Rich brown floors of American walnut were installed, and custom pendant lighting was hung quite low—10 feet to be exact—to make up for the 27-foot-high ceiling in the entrance. The wooden bar and benches were all hand crafted in Atlanta. Mismatched vintage glassware, art, and accessories were picked up from local flea markets, consignment stores, and antique shops. These included antique schoolhouse chalkboards and a vintage taxidermy goat head. 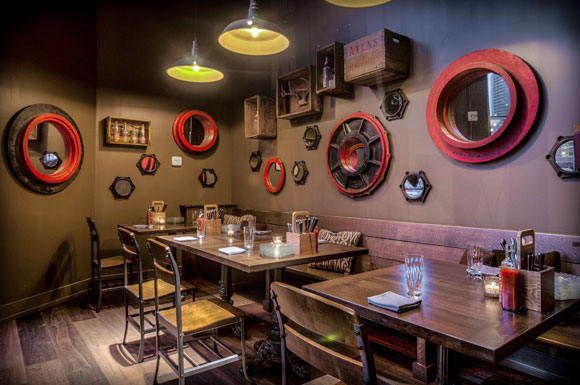 The menu created by Chef David Gross and the DIY cocktail kits by James Beard Foundation award-winner Belinda Chang are sure to draw crowds. 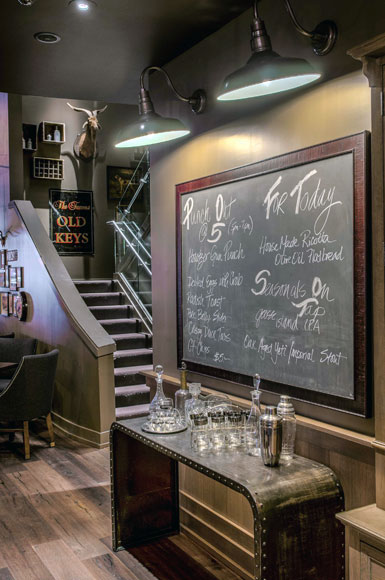 A vintage taxidermy goat head hangs in the stairwell.