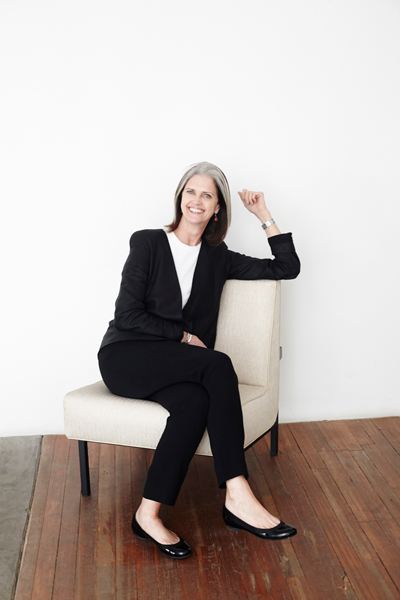 Deborah Berke, FAIA, LEED AP is the founding partner of Deborah Berke Partners , a New York-based architecture and design firm of over 50 people. The firm’s work includes a diverse portfolio of projects ranging in scale from campus master plans to custom furniture; they have experience designing residences, cultural and art facilities, hotels, and university buildings. The firm is the interior architect for Manhattan’s ground-breaking 432 Park Avenue residential tower; the architect and interior design team behind the 21c Museum Hotels, and the design team of Bard College’s Conservatory of Music. In addition to these large-scale projects, the firm is also designing custom residences from New York City to the British West Indies.


Public service is an integral part of Deborah’s professional life. She is a Founding Trustee of New York City’s Design Trust for Public Space, Trustee of the Forum for Urban Design, Trustee of the National Building Museum and Trustee and Vice President of desigNYC. Over the past two decades, Deborah has served as Chair of the Board of Advisors, Buell Center for the Study of American Architecture at Columbia University, Trustee of the Brearley School, and a Vice President of the AIA New York Chapter. In addition, Deborah serves as a juror in numerous architecture and design award programs and lectures throughout the US and Canada.


She is the co-editor, with Steven Harris, of The Architecture of the Everyday , published by Princeton Architectural Press in 1997. In the fall of 2008, Yale University Press published a book on her firm's work — the first book on a contemporary American architect to be published by this esteemed academic press. It is simply titled Deborah Berke .