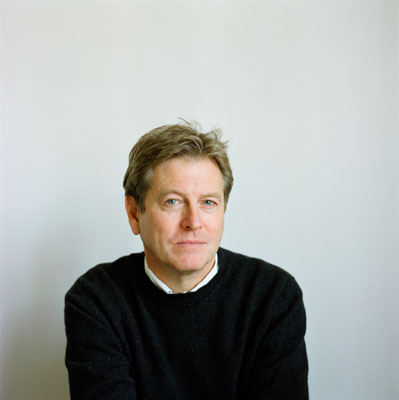 
For the fashion crowd, Calvin Klein's flagship in New York is a quasi-religious experience. For the Cistercian monks, Our Lady of Novy Dvur monastery in the Czech Republic is the real thing.

For acclaimed British architect John Pawson, the same aesthetic can inform retail chic and spiritual austerity. The many shops, showrooms, and residences he's created worldwide--projects predicated on space, not stuff--have brought minimalism to the public consciousness. Superfluous is not a term in his vocabulary.

Born in 1949 in Yorkshire, Pawson was a latecomer to architecture. He began working in his family textile business at age 19, then spent a period teaching English in Japan, an experience that obviously etched lasting impressions. During Pawson's stint in Japan, he spent time in the studio of the late designer Shiro Kuramata. Upon his encouragement, Pawson returned to the U.K. to study at London's Architectural Association. He established his namesake studio in 1981.

Since then, Pawson's practice has established an international imprint for both himself and his clients. Calvin Klein's New York shop led to outposts in Paris and Seoul, South Korea. In London and in Yokohama and Shizuoka, Japan, he infused the mid-level fashion label Jigsaw with upscale cachet. More mass-market still, his prototype for Marks & Spencer will help to transform the store's 300 U.K. locations.

On the showroom front, Pawson collaborated with Antonio Citterio , a fellow Interior Design Hall of Fame member, to transform a London car dealership into a showplace for B&B Italia . Another London showroom, for Bulthaup , was a solo project.

Pawson's sphere of influence extends to Hong Kong International Airport, where he designed the lounge for Cathay Pacific Airways, as well as to products, print, and the art world. Besides designing objects for Wow, a kitchen for Obumex , and furniture for Driade , he's written a book called Minimum, published by Phaidon Press, ‘ and collaborated with food writer Annie Bell on Living and Eating, from Ebury Press. In 2002, he exhibited work at Spain's Institut Valenciˆ d'Arte Modern and designed for the eighth Biennale di Venezia.

His residential roster includes a London flat for the late travel writer Bruce Chatwin, a house in Germany, a ski lodge in Telluride, Colorado, and a vacation residence in the Seychelles. Calvin Klein also reemerged as a client, commissioning Pawson for a New York apartment currently in progress at the West Village towers by Richard Meier & Partners, Architects .

Does Pawson live as he works? Decidedly so, in a London town house that he built in 1999 for himself, wife Catherine, and sons Caius and Benedict. The basic brief was based on light, views, and privacy, but Catherine Pawson requested financial restraint and a comfy sofa, Caius a bedroom with a lock, and Benedict a Chelsea football wall covering. All required abundant storage with built-in cabinetry, keeping visual clutter to a minimum.