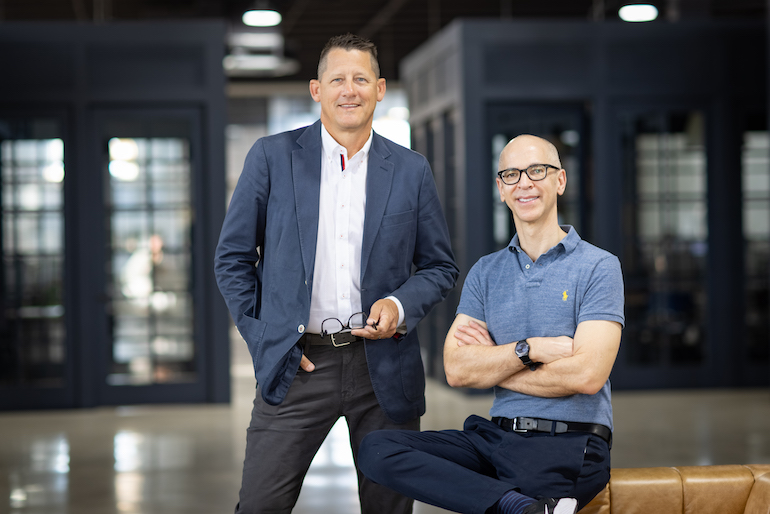 Miami-based manufacturer of shade, shelter and open-air furnishings TUUCI has announced the addition of David Schutte as the organization’s new president. Over the past 16 years, Schutte has held four consecutive senior executive positions within Knoll, Inc, most recently as executive vice president and corporate officer. Tom Parker, president of TUUCI since 2000, will continue with the company in a new leadership position as general counsel, and will also continue to serve on the company’s board of directors.

Office-furniture company Herman Miller has acquired Knoll for $1.8 billion. The companies said the combination would help them feed into the transformation of home and office as work continues to be split between the two. Knoll Chairman and CEO Andrew Cogan will step down when the transaction closes, and Herman Miller CEO Andi Owen will be president and CEO of the combined company. 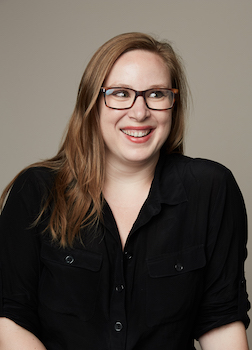 Architecture + Information (A+I), the leading strategy-driven architecture and design agency, has appointed Kate Thatcher (left) to the new chief executive officer role. The firm has made two other promotions at the C-suite level as well. They are Sommer Schauer to chief design officer and Peter Knutson to chief strategy officer. Additionally, creative agency veteran Natasha Markley will serve as executive director of marketing & partnerships.

Elizabeth Brown has joined Holly Hunt as SVP of digital, continuing the digital strategy laid out by CEO Marc Szafran. Elizabeth was a founding team member and the CEO of Viyet, a leading marketplace for high-end consignment furniture and accessories. She served as CEO of Sotheby’s home when Viyet was acquired by the company in 2018. She will lead Holly Hunt’s digital platform.

MKDA has added senior professionals across the firm's New York, Miami and Washington, D.C. studios. Christin Weaver has joined the firm as a senior interior designer in the New York studio. Atilla Kara and Tzu-Ching Lai have joined the Washington, D.C. design studio as technical director and project architect, respectively. Sofia Fernandez has joined its Miami architecture studio as a project designer. 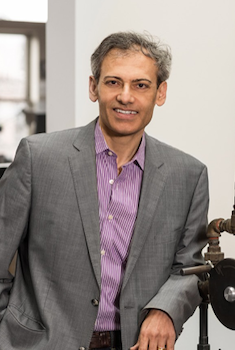 Olson Kundig has announced the promotion of the company's COO/CFO Hemanshu Parwani (right) to CEO. He will concurrently be joining the company's ownership group. “HP,” as he is known to friends and colleagues, has worked in international operations, corporate and strategic development for over 30 years. Prior to joining Olson Kundig, he worked as CEO for Wilson Associates and was the chief operating officer of international operations for AECOM.

Open House New York has appointed Pamela Puchalski as its executive director, assuming the role in March. Puchalski brings twenty years of leadership experience working to promote resilient, inclusive, and equitable urban environments in the U.S. and internationally. Under her direction, OHNY will bring community, philanthropic, and business leaders together to tackle head-on a myriad of challenges confronting the city, including COVID and racial injustice.

Five employees have been promoted at Ted Moudis Associates. The recent elevations include Jamie Feuerborn, who was promoted to principal of workplace strategy, as well as Janice Fellows, Jeff Knoll, Rachel Robinson and Richard Bliss, who were each promoted to studio design principal.

SB Architects has announced the expansion of the firm’s senior team with the appointments Keith Houchin, Harris Christiaansen, Mickey Mazerac, Thomas Gay, Lucienne Walpole, Marcelo Balzano, and Miguel Campo to vice president. The promotions come on the heels of the firm’s 60th anniversary.

Custom Crafters, a provider of beautifully handcrafted custom furniture, casegoods and architectural millwork, today announced that Kris Imala is the company’s new CEO, managing principal and majority owner in partnership with 226 Companies. Imala joined the company in May as director of sales. 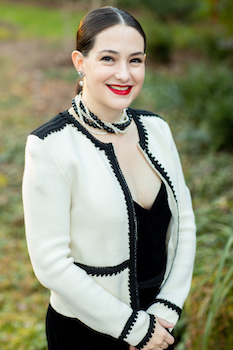 Thompson Traders announced Alejandra Thompson de Jordan has been named vice president of marketing and sales for Thompson Traders, whose mission is to deliver hand-hammered, bespoke kitchen and bath pieces for discerning designers and their clients.

Roger Thomas has been appointed to the Italian Board of Directors for Venetian Heritage, a non-profit organization dedicated to preserving the region's rich cultural legacy. Thomas is known for the opulent and culturally-driven interiors he crafted during his tenure as EVP of Design & Development for Wynn Resorts. In the new role he will continue his ongoing support for several important restoration projects and remains a staunch advocate for the foundation's work.

The architecture, planning, and interiors firm The Architectural Team has announced the elevation of senior project manager and architect Tom Schultz to the position of associate. In his 19 years with TAT, Schultz has led design and project management for over 3 million square feet of built projects in New England alone. His portfolio includes work for major national developers such as Lennar, Toll Brothers, Hines and Greystar, as well as for global brands and public institutions.

College of Fellows of American Institute of Architects

The architect Heidi Creighton of Buro Happold has been elevated to the College of Fellows of the American Institute of Architects (AIA), the group’s highest recognition, for her “collaborative, human-centric practice championing environmental performance, health, and social equity. A lifelong advocate of design to advance environmental and social goals, Creighton has been active in green building for more than 15 years, serving for six years on the board of directors of the U.S. Green Building Council—Los Angeles. 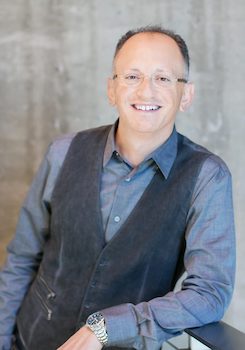 Radwan Madani (left) has been promoted to vice president, operations at Ware Malcomb. Madani joined Ware Malcomb in July 2001 in the firm’s Irvine, California headquarters. He has been responsible for managing and growing the Los Angeles office since 2008, most recently as principal. In his new role he oversees the Los Angeles office, growth of building measurement services, and is a member of Ware Malcomb’s national architectural leadership group.

Additionally, Arturo Ponciano has been promoted to studio manager, interior architecture & design in the Princeton office. In this new role, he helps lead and manage the office’s Interior Architecture & Design studio and manages select projects. He joined the firm as senior project manager in 2017.

Simeone Deary Design Group has joined forces and merged with a 300+ architectural firm from the West Coast called KTGY Architecture and Planning. KTGY specializes in architecture for the residential sector - specifically in multi and single family, senior living and retail. The merger will integrate interior design and branding capabilities with planning and architectural design

British furniture brand Maker&Son are delighted to announce the appointment of Jim Hardy as U.S. president. The new role coincides with Maker&Son’s stateside expansion with their first showroom in Tribeca, New York, opening this month alongside the roll-out of 12 mobile showrooms across America from April. Hardy has 35 years of experience in the luxury retail sector, 25 years of which were spent at Ralph Lauren.

Jennifer “Jenna” Knudsen has been promoted to managing principal at CO Architects, making her the youngest architect and first woman to hold the position at the 35-year-old architecture and interiors firm. She joined the firm in 1998 as a project designer, led the firm’s hiring and growth during the past five years and was instrumental in its early adoption of BIM technology and collaborative project delivery models.

The interior design, branding, and procurement firm Interior Image Group has promoted Jillian Schuck to director of design and has welcomed Scott Durst as senior project manager at its Crown Point, Indiana headquarters. Jillian began her journey with IIG as an intern in college and most recently served as senior designer-project manager. Scott's resume includes working for firms like Steelman Partners and KPF London on various global projects.

Buro Happold has named several new partners to its leadership roster, including globally recognized women leaders in structural engineering and cutting-edge sustainability disciplines. The 17 senior firm members will become partner this year, effective May 1, and include the prominent women practitioners Yasmin Rehmanjee, known for innovative structural engineering, and Julie Janiski, an influential champion of regenerative design in the built environment achieving goals in social equity and human health and wellbeing. 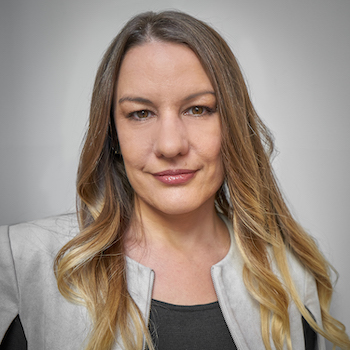 Elissa Black (left) has joined NYCxDESIGN as executive director. She is a seasoned leader within New York's cultural and design landscape and will use her expertise to help create and expand on opportunities for design in the city at large. Black has held roles as managing director and interim executive director at Van Alen Institute and as senior manager, special initiatives, at the Guggenheim Museum.

Helix Architecture + Design has named Erika Moody its new president ahead of the firm's 30th anniversary. Moody has served as co-managing principal for five years, overseeing key aspects of firm management and strategic planning. Previously, she was principal of a large Kansas City architecture firm and started her own design practice that merged with Helix in 2016. 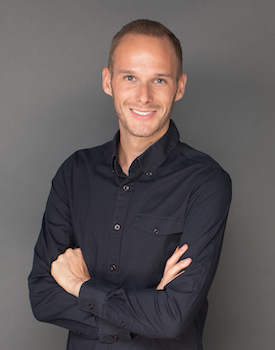 HBA San Francisco has newly promoted Jacob Royster (right) from senior project designer to associate. In his new role, Royster is responsible for leading the interior design for a portfolio of high-profile projects including Pebble Beach Resorts, Waldorf Astoria Cancun, and Elusa Winery at Four Seasons Resort and Residences Napa Valley. He first joined HBA as an intern and has climbed the ranks to associate over the past 9+ years.

Three team members at Page & Turnbull have been elevated to associate principal. They are Andrew Gorski, Flora Chou, and Nozima Tojimatova. The appointments of Chou and Tojimatova, in particular, accentuate the firm’s evolution to a primarily women-led enterprise, including the leadership of the firm’s president, Ruth Todd. The promotions recognize the contributions by Gorski, Chou and Tojimatova to the almost 50-year-old firm in the areas of architecture, landscape architecture, preservation, and operations.