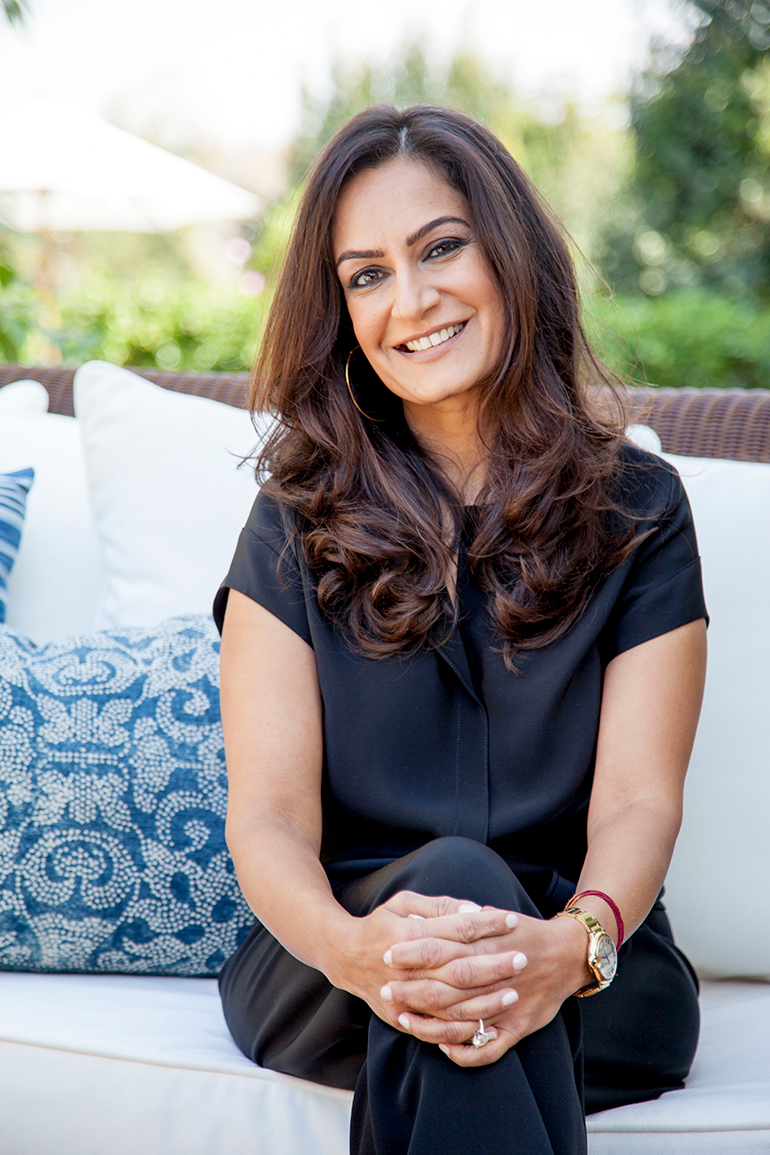 While the rest of the world is in April 2021, Monica Bhargava is in summer 2022. “I just finished showing the Spring 2022 collection to our president and CEO,” the Chief Design Officer at Pottery Barn and Williams-Sonoma Home told Editor in Chief Cindy Allen on last Tuesday’s episode of DesignBiz. “My team and I have already moved onto summer 2022 as of last week.”

Bhargava has been at Williams Sonoma, an eight-brand powerhouse that also includes West Elm, Rejuvenation, and Mark and Graham, for over 20 years. Her team, which includes roughly a dozen watercolor and paint designers, 10 furniture designers, and additional textile, lighting, and bedroom-focused cohorts, has been hard at work during the pandemic. Many are still working from home.

“I have an amazing, rock star team,” she said, reflecting on this time last year, when they had to transition to remote work. “We were designing Spring 2021 when we all shut down globally. A lot of us didn’t have any tools, so we improvised. If it meant sketching on a light-box, that’s what we did.”

Designing seasonal collections a year in advance sounds like enough to keep any team busy year-round. But Williams-Sonoma also has a B2B arm, which it leveraged recently to collaborate with Gensler on the “softer areas,” as Bhargava calls them, of the Chase Center—the San Francisco arena that’s home to the Golden State Warriors. “It’s not just a stadium—it’s also a space for beautiful concerts and lots of great events. We had the opportunity to design all these beautiful high-end suites and lounges,” she explained.

For Bhargava and team, the project was a massive undertaking. From mohair-upholstered banquettes to linens and even glassware, Williams Sonoma oversaw some of the most minute details. Even throw pillows bear a subtle rendition of the Golden State logo, while rugs were custom-made for every single space.

With a laugh, Bhargava admitted that at the project’s start, “My CEO asked me how I planned to get it all done. I said, ‘I don’t know, but when you have the power of eight brands behind you, the answer is always yes, we can!'”

“This is the biggest project I’ve heard of that Gensler worked on with the Williams Sonoma brand,” Allen remarked.

“Gensler was amazing,” Bhargava said of the collaboration, recalling that if Gensler selected a certain finish for lighting fixtures, her team would take pains to match it in their own metallic pieces. “I was so pleasantly surprised at how smooth and collaborative that relationship was,” she said. “They were really great about it, and so was the Chase Center. Everybody was aligned to deliver this arena.”

The opening of the stadium is great news for fans eager to be court-side again. But for those less keen on returning to stadiums—or to indoor gatherings of any kind—the latest Pottery Barn outdoor collections might hold more appeal.

Among this summer’s top lines are Hampton, an elegant and contemporary all-wicker collection, and a few outdoor kitchens that have only increased in demand as the backyard becomes the main setting for pandemic-era gatherings.

Effortlessly chic, both sets of products are guaranteed to elevate any patio. But Bhargava’s favorite piece in this year’s collection—an outdoor movie screen with a large steel frame—is as casual as it gets. Bhargava cites her 15-year old daughter, who wanted a safe way to spend time with friends last summer, as the product’s main inspiration.

When it comes to the design process, she said, “I love creating with my team. I don’t like to go alone into any space. We have a core team—we conceptualize everything together, we brainstorm it, we argue about it, we make pivots if necessary. It’s what fuels me, makes me wake up in the morning and go. I love what I do.” 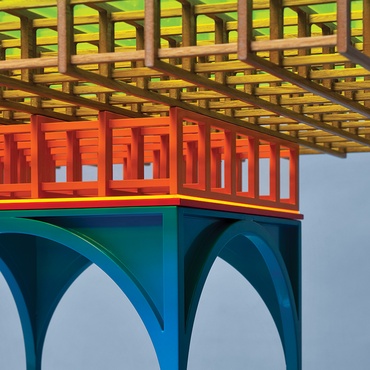