Meet the Jury for the 2021 NYCxDESIGN Awards

The jurors are in for the 2021 NYCxDESIGN Awards, which will take place in a virtual ceremony during NYCxDESIGN's Design Days from May 13-18. With the submission period now open, Interior Design invites you to get to know the prestigious group of architects and designers tasked with selecting this year's winners.

Heading the panel will be Interior Design Editor in Chief Cindy Allen, who has established herself as an industry champion and a force in elevating the design profession’s reach, promoting the Giants of Design as well as emerging talents. She leads an editorial team that produces 17 print issues annually along with digital content that reaches an audience of more than 8 million.

As for an inside look at the evaluation process, jurors Michael Manfredi and Marion Weiss of Weiss/Manfredi hinted at the importance of originality. "In evaluating projects, we look for that ineffable quality that make a project original and authentic," the duo said. "Authenticity always trumps cold professionalism or shallow trendiness.” Adding to that, juror Charles Renfro, partner at Diller Scofidio + Renfro, said he hopes to see works that close gaps in equity. "In this difficult year for New York, we need to shift our focus to environmental and social inequity, several areas that design can address," he shared. "This year's recipients should be recognized for contributing to the health of our city and its citizens, whether it be from a cultural, societal, or environmental perspective."

Here are the 12 jury members who will work alongside Allen to choose the winners across all categories. 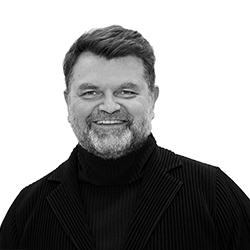 Kai-Uwe Bergmann, a partner at BIG, heads the firm's business development, overseeing architectural projects in more than 35 countries throughout North America, Europe, Asia, and the Middle East. He also leads BIG's Urban scales projects and supports BIG’s Landscape projects. Kai-Uwe most recently contributed to BIG U, a plan to protect 10 miles of Manhattan's coastline, which expands on the idea first envisioned through the Rebuild by Design competition in response to Superstorm Sandy. Further projects include Brooklyn Queens Park, Smithsonian Master Plan, Pittsburgh Master Plan, Miami Beach Square and Zira Island Master Plan. Passionate about education, Bergmann has held teaching assignments at the University of Pennsylvania, IE University in Madrid, and his alma mater the University of Virginia. 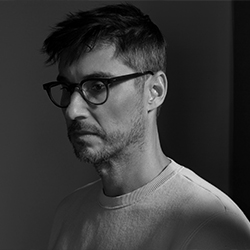 Todd Bracher, a designer and strategist, is not afraid to zig when others zag, taking an irreducibly complex approach to design. His studio, which works with the likes of Burberry, Herman Miller, Humanscale, Jaguar, and the City of New York, enables clients to strategically communicate their brand messaging through design. In addition to founding his own studio in 1999 in New York City, Bracher also has served as creative director for Georg Jensen, Humanscale, and HBF. With the expertise garnered through decades spent living, working, and teaching in New York, Copenhagen, Milan, London, and Paris, he has amassed numerous accolades in the field to boot. 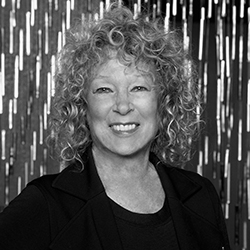 Clodagh, an Irish-born, New York-based designer, has been creating eco-friendly designs since the start of her career. Noted for her life-enhancing minimalism and “wellness by design” tenets, she draws on ancient and modern healing modalities to create balanced and energized spaces, such as the Miraval Berkshires Resort & Spa in Lenox, Massachusetts. An early adopter of feng shui, Clodagh invites sensory exploration with her work, often incorporating chromatherapy, aromatherapy, biophilia and the science of light. Her focus is sustainability, well-being, and comfort. 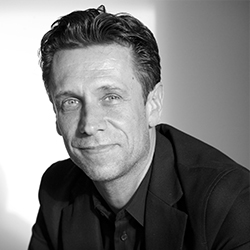 In the early '90s, when New York City was in a transitional moment, Hervé Descottes cofounded the lighting design firm L’Observatoire International after practicing design for eight years in Paris. Decades later, he continues to take a hands-on approach to his work, personally weighing in on and overseeing concepts for all projects designed by L’Observatoire. Descottes's awards are numerous. In addition to earning Interior Design's Best of Year Award for Lighting Designer in 2020, he also has been honored by the International Association of Lighting Designers, the Illuminating Engineering Society and the New York City Illuminating Engineering Society, the American Institute of Architects, the American Society of Landscape Architects, D&ADAD, the Municipal Art Society of New York City, and the GE Corporation. In 2008, Descottes was named Knight of the Order of Arts and Letters by the French Minister of Culture. 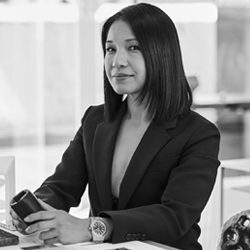 Since its inception in 2004, Stephanie Goto's multidisciplinary design practice has established a reputation for its understanding and mastery of form, structure, and materials, honoring the belief that all design is informed by a critical purity. "My practice is in the intersection of culture, experience, and design" Goto told Interior Design Editor in Chief Cindy Allen during a virtual chat last year, adding that she works to create "the experiential." Notable commissions include the Calder Foundation’s Project Space, Caesarstone’s Experience Center in Georgia, and the home of chef Daniel Boulud. She also has worked widely in galleries and exhibition spaces as well as Michelin-starred restaurants. The Studio’s diverse breadth of work has garnered many accolades over the years, including Interior Design's Best of the Year Fine Dining Award. 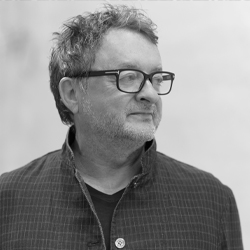 Interior Design Hall of Famer Rick Joy, founder of his architecture, interiors, and planning firm based in Tucson, Arizona, had his mind set on music long before design. Originally from Maine, Joy performed as a classical percussionist and rock/blues drummer in his 20s before moving to Tucson to study architecture at the University of Arizona—and the rest is history. In 1993, he established Studio Rick Joy. He also cofounded CLL. Concept Lighting Lab with his wife Claudia Kappl Joy, which provides full-service lighting design for all SRJ projects in addition to outside firms. An avid educator, Joy periodically serves as visiting professor at Harvard University’s Graduate School of Design, Rice University, M.I.T. and the University of Arizona, and for years has led the Immersion Vermont Masterclass, a program he founded for mid-career architects. 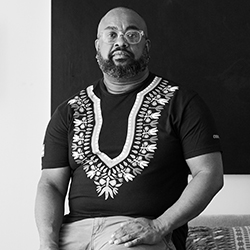 Drawing on global influences from his Caribbean heritage of Trinidad and Tobago, Leyden Lewis, founder and creative director of his namesake firm, aims to create timeless environments with a universal aesthetic. Through utilizing his background as a trained architect, Lewis’s work evokes nuances of urban sophistication and European modernism, while bridging the gap between art, architecture, and design. In the firm’s multi-disciplinary work, Lewis and his design studio take a thoughtful and collaborative approach, creating well balanced environments that elevate art and connections with the natural world. "Art is a large part of my design philosophy. I provide consultations to fellow artists and designers to curate and showcase art within their installations and spaces," he said in a recent interview with Interior Design. 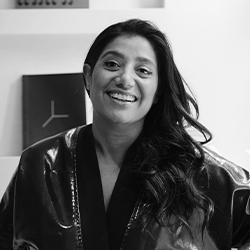 Suchi Reddy founded her namesake firm in 2002, quickly solidifying its reputation for formal experimentation, imaginative use of color, and innovative materials. The firm’s practice spans the fields of architecture, design, installation art, and sculpture with projects ranging from public installations to adaptive reuse of historic buildings to residential. Guided by the principle that “form follows feeling,” Reddy believes design has the power to positively influences wellbeing, creativity, and productivity. Recent projects include “A Space For Being,” a collaborative installation with Google, as well as the International Arts + Minds Lab at Johns Hopkins University, and Muuto.

Reddy sits on the board of the Design Trust for Public Space and Storefront for Art and Architecture. She was appointed the Plym Distinguished Professor at the University of Illinois School of Architecture, Champaign–Urbana for the Fall 2019 semester where her work focused on contemporary architectural experience through the lens of neuroaesthetics, neurophenomenology, and sensory design. 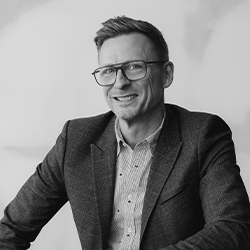 Charles Renfro joined Diller Scofidio + Renfro in 1997 and became a partner in 2004, leading the design for a number of projects including the Institute of Contemporary Art in Boston and Zaryadye Park, a 35-acre park adjacent to the Kremlin in Moscow. Recently, the firm also worked on completing the last piece of the High Line in New York City. Renfro has also led a number of academic projects, with new facilities for Columbia University and the University of Toronto in the works, and he is leading the renovation of Dallas's Kalita Humphreys Theater—Frank Lloyd Wright's only built free-standing theater. Abroad, Renfro is heading the design of the Museum of Image and Sound in Rio de Janeiro, with the Tianjin Juilliard School recently completed in China. He is a faculty member of the School of Visual Arts. 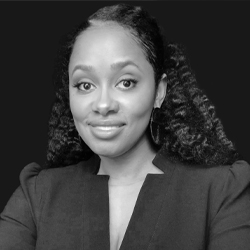 Pascale Sablan, associate at Adjaye Associates, brings more 14 years of experience to her projects, which span the globe. She also is an avid activist, working to advance architecture by bringing visibility and voice to women and BIPOC designers. She even founded her own organization, Beyond the Built Environment, to address inequities in the field. Most recently, she joined Interior Design's Cindy Allen for a discussion honoring International Women's Day where she encouraged viewers to "fight for justice."

Throughout her career, Pascale has earned countless honors. Last year, she was voted President-Elect of the National Organization of Minority Architecture—only the fifth woman to hold this position. She also was awarded the 2020 AIA New York State President's Award and the 2021 AIA Whitney M. Young. Jr Award for her advocacy efforts and ascended to the AIA College of Fellows. Additionally, Pascal has given lectures at several colleges and universities, as well as the United Nations and the Smithsonian National Museum of African American History and Culture. 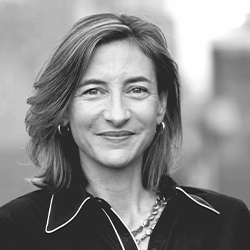 Marion Weiss, cofounder of Weiss/Manfredi, also is the Graham Chair Professor of Practice at the University of Pennsylvania. An avid educator, Weissa counts being inducted into the National Academy of Design as one of her many achievments. A graduate of Yale University’s School of Architecture, Weiss earned her undergraduate degree in architecture at UVA, which honored her with a distinguished alumna award last year. She has taught at Harvard and Cornell and has held the role of Eero Saarinen Visiting Professor at Yale.

Her award-winning firm has been recognized with Interior Design's NYCxDESIGN Award for Urban Landscape/Outdoor, Cooper Hewitt National Design Award for Architecture, the American Academy of Arts and Letters Award in Architecture, the Architectural League of New York’s "Emerging Voices" award, the New York AIA Gold Medal, and most recently the 2020 Thomas Jefferson Gold Medal in recognition of the firm’s significant contribution to culture and education. "We're incredibly honored," Weiss told Allen about the latter during a 1on1 conversation last year, to which her husband and design partner, Michael Manfredi, nodded in agreement. 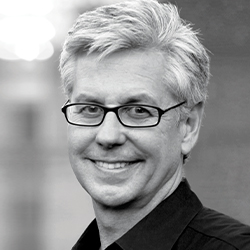 Michael Manfredi, cofounder of Weiss/Manfredi, also works in higher education, holding the position of Senior Design Critic at Harvard University. Born in Trieste, Italy, Manfredi grew up in Rome and completed his undergraduate education in the United States, with a Master of Architecture from Cornell University. As a Cornell Fellow, Manfredi won the Paris Prize and was awarded an Eidlitz Fellowship. Manfredi is a board member for the Storefront for Art and Architecture, and was recently inducted into the National Academy of Design, in addition to the many honors amassed by Weiss/Manfredi.

For more information and to enter the awards program, go here.