Black Makers Reflect on the Cultural Roots of Their Crafts

In honor of Black History Month, Interior Design spoke with six Black creatives about how their work reflects their personal experiences, cultural narratives, and hopes for the future of design. From minimalist furnishings to handwoven textiles, sculptural forms, and bold wallcoverings, each piece invites further exploration. Here are their stories. 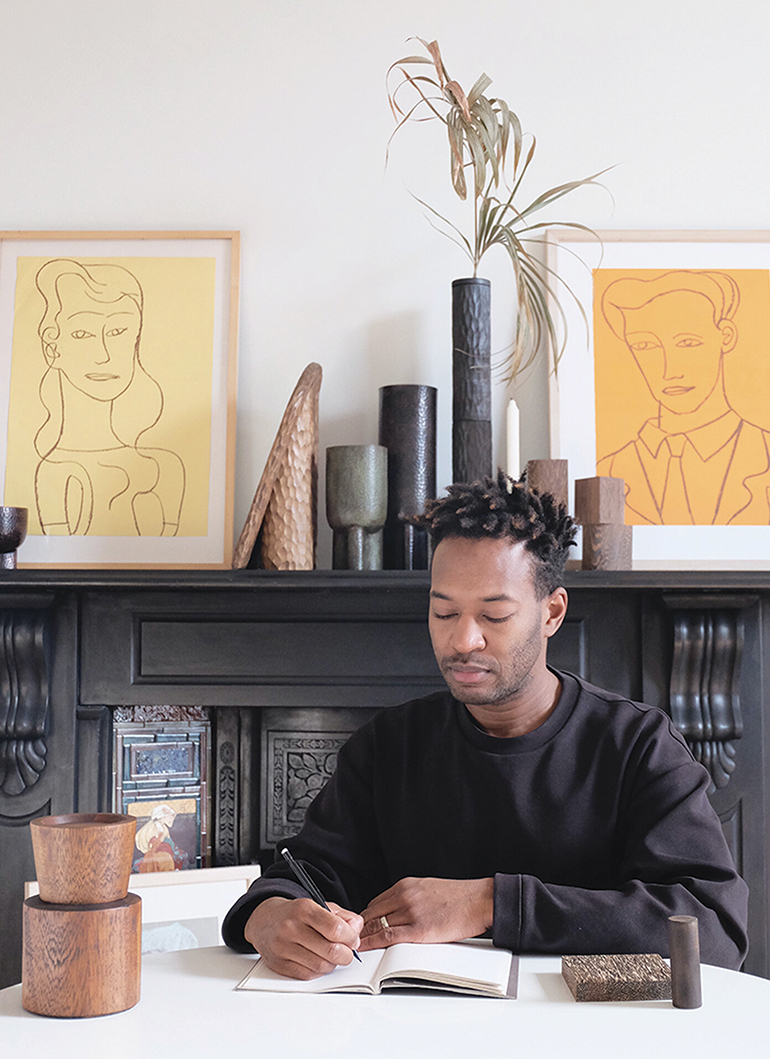 Founded by artist and product designer Evan Jerry, Studio ANANSI’s name reflects the African and Caribbean heritage of its Canadian-born creator and his work. Often depicted in the form of a spider in West African and Caribbean fables, Anansi is a god of knowledge, one that serves as a guide for Jerry’s handmade vessels. “As a design student, I was questioning culture and how I was connected to objects,” he says, noting that he had to find ways to fill the gaps left by his classes. He established Studio ANANSI in London in 2018 with the goal of expanding the web of voices in the design industry.

“I get lost in inspiration from different textures and techniques used in African and Caribbean design,” Jerry says, describing the link between the skin and flesh of cassava, a root that grows in tropical climates, and the textures found in his work. “I want the pieces to feel alive, almost like they have their own skin,” he adds. To achieve this, Jerry often plays to the imperfections of the materials he works with, such as natural woods, dyes, and oils. “I create objects that speak to the history of African and Black contributions to design. I want them to be modern, but also feel like they belong with other artifacts,” he explains. Up next, Jerry plans include expanding the narrative of African and Black contributions in a soon-to-be-unveiled collaboration. 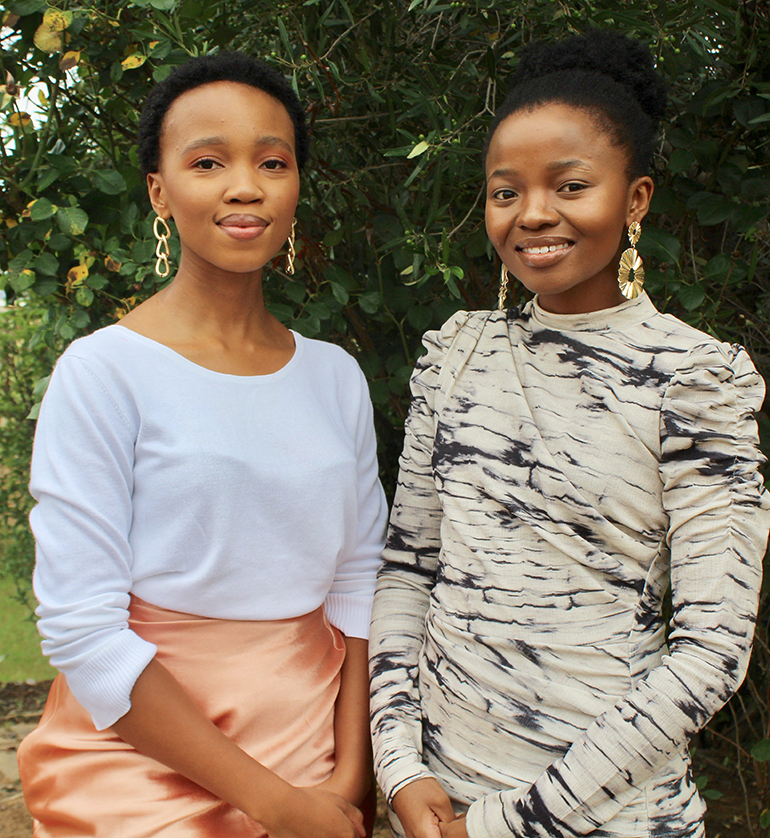 When longtime friends Mookho Ntho and Moliehi Mafantiri recognized the need to preserve the weaving traditions and narratives of Basotho culture in their native Lesotho, Africa, they sprang into action, forming sustainable homeware brand Barali. Working with local artisans to produce handcrafted rugs, textiles, and throw blankets, the two women aim to maintain the cultural continuity of each product, offer fair wages, and honor a commitment to environmental consciousness. “We want to ensure our products are helping the world, more than taking from it,” Mafantiri says. Every aspect of production reflects this ethos, from the farms that provide mohair and wool to the intricate patterns translated from Ntho’s sketches into their final form by artisan weavers. “We’re taking from the creativity already here in our history and culture and giving it a modern twist,” Ntho says. “A lot of cultural elements are slowly dying with this generation of weavers, so it’s nice to bring them back.”

Currently, Ntho and Mafantiri are planning how to do this on a larger scale with workshops where expert weavers can mentor the younger generation, ensuring their knowledge is passed down rather than lost. “There’s a huge gap between the youth and that older group of weavers,” Ntho explains. “A lot of younger people are not being taught these skills in local schools.” Though a typical handmade rug takes from four to six weeks, the time spent honors more than the shapes and stories of Basotho culture—it also solidifies its survival. 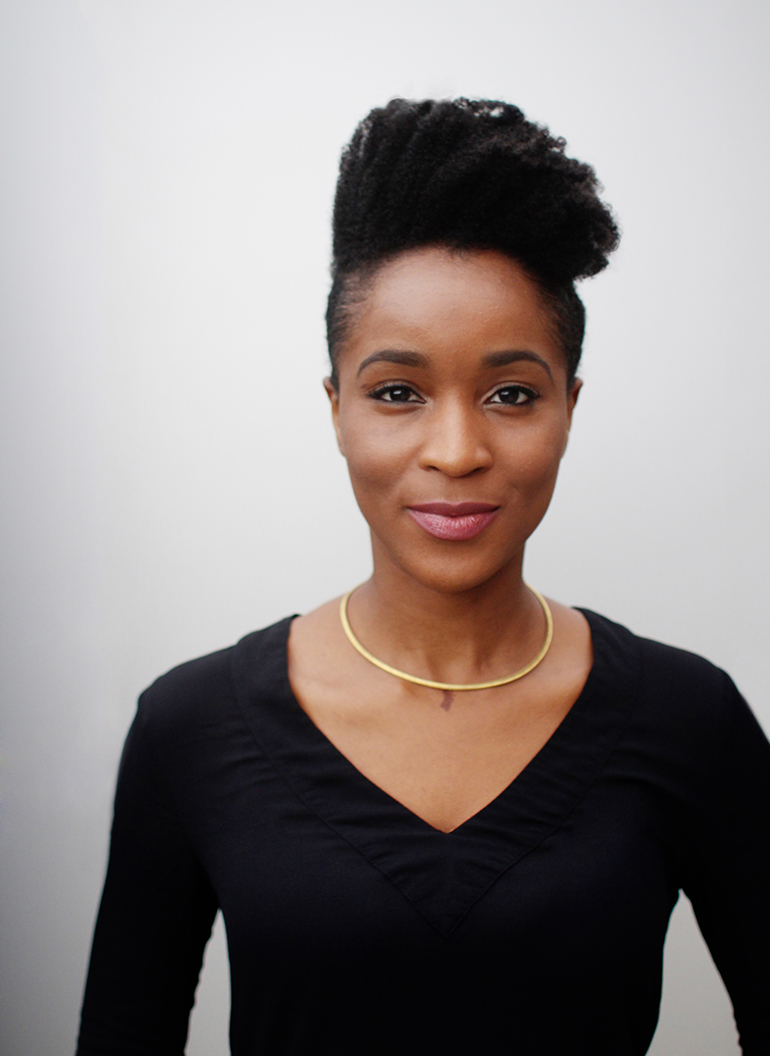 For designer Lani Adeoye, founder of her namesake studio, her current career is one she could hardly imagine as a child. Growing up in a Nigerian family in Canada, Adeoye was encouraged to study more traditional subjects, leading her to work as a management and IT consultant for several years before attending Parsons School of Design at The New School. “I was always interested in interiors, but I never saw it from a professional standpoint,” she says, recalling that friends often sought her advice on paint colors and furniture layouts in their homes. “I started to notice a shift in how people responded to the energy in a space, and that brought my attention to the psychology of design.” At Parsons, product design piqued Adeoye’s interest, and her first piece—the Lilo chair, inspired by elements of Nigerian music and rhythms—reflects the essence of her brand today.

Many Studio Lani products, such as stools reminiscent of a West African talking drum, are made by Nigerian artisans who use locally sourced materials to create unique sculptural forms. “I’m naturally drawn to sculpture,” says Adeoye, who hopes to broaden the conversation about African aesthetics with her work by showcasing collections in neutral, earthy tones rather than focusing on vibrant hues. And though the pandemic has made it challenging to collaborate with artisans near and far, Adeoye is finding ways to make it work and plans to release new designs later this year. “I’m always excited to share my culture and connect with people based on design,” she says. “Human connection is so powerful.” 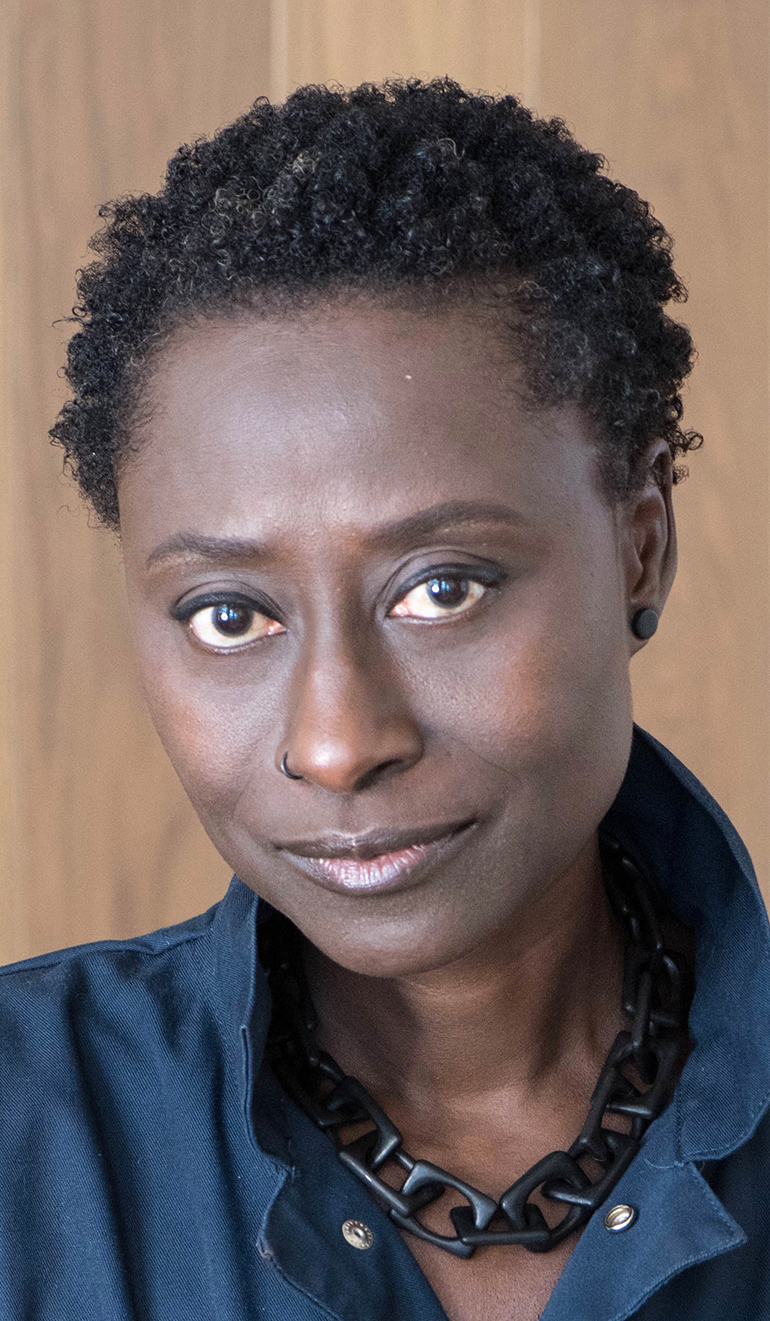 The drive to create runs deep for BOA, founder and creative director of OI Studio, who transitioned from furniture buyer to maker after being asked to design an impromptu shelving unit for a client’s retail showroom. “I’ve always been an artist,” recalls BOA, who grew up surrounded by the ocean in St. John in the U.S. Virgin Islands. “But product design was an accident—I didn’t run toward it, someone asked me to do it.” As a self-taught furniture designer, BOA prioritizes sustainable materials and processes, creating minimalist pieces that reflect the sand-colored palette of her youth. “There’s a preconceived idea of Caribbean design that’s very stereotypical and very narrow,” she asserts, noting that often bright colors and ornate creations come to mind. But the natural landscapes of the islands, and the many cultures that thrive on them, are far more varied. BOA’s pieces, such as the Om Meditation Table, reflect the clean lines of the horizon, which she sketched countless times from her childhood home, commanding attention with their simplicity. “Growing up in a culture where resources are limited, you need to be quite inventive and minimalistic in your approach because you don’t have access to a lot,” she explains.

Last year, BOA joined the Black Artists + Designers Guild, participating in meetings via Zoom from her home in New Orleans. Her work is being featured as part of the BA+DG Obsidian concept house, designed as a smart and sustainable home for Black families. For the patio, BOA created solar-powered moveable chaise lounge chairs that fold back into the deck when the sun dips. “The surface becomes seating,” she notes. “I want people to feel welcome and nurtured and supposed… the house highlights how diverse we all are.” 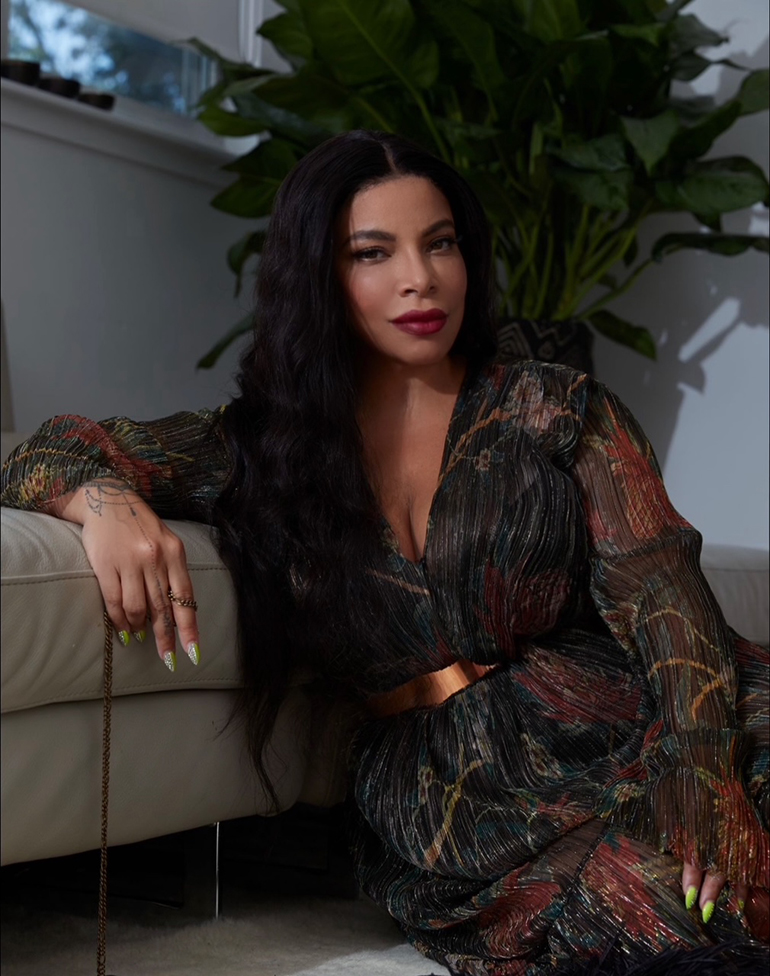 Design is an intuitive process for Neffi Walker, who found solace during an especially hard moment in her life by helping friends rearrange their homes, leading her to turn her passion into a profession. In doing so, Walker knew she wanted her work to reflect her Puerto Rican and African heritage, as well as the cultural aesthetics and needs of Black families more broadly. “In design and in life, Black always seems to have a negative connotation,” she says, noting that she often incorporates darker tones as focal points in her designs. For instance, her striking banana leaf-patterned wallpaper, made in collaboration with artist and illustrator Verna Fogg as a nod to the beloved Puerto Rican dish pasteles, draws the eyes toward dark hues that accentuate details in the leaves.

“As a designer, it is my ultimate goal to highlight the beauty of Black from color to culture,” Walker says. With this mission in mind, she founded her New Jersey-based home brand, The Black Home, where she is principal designer (while also raising five children). “I started with one candle scent,” she recalls. “It took nine months to perfect the process before we added a second scent.” Nearly 18 months later, Walker is focused on designing and launching the brand’s first flagship store this March. The Black Home reflects Walker’s laid-back, family-first approach, featuring furnishings and pieces that invite conversation and bring a sense of liveliness into the home. “It was a rapid progression,” she adds. “And it’s just the beginning.”