September 9, 2020
By Osman Can Yerebakan

Collectors Rhonda Brown and Tom Grotta saw 236 houses before they settled on their two-story home in Connecticut, which they transformed from a barn built in 1895. The priority for the founders of art and design gallery browngrotta arts was not a “well-proportioned house,” but a space where they could exhibit their collection of over sixty art and design pieces, from a bassinet they commissioned Leon Niehues to make for their son, to a weaving Ed Rossbach gave them for their mutual love for dogs, to a royal blue ceramic gifted by Toshiko Takaezu.

Architect David Ling gave Grotta and his wife a challenge: Find ceilings high enough to exhibit a work from Lenore Tawney’s Clouds Series. “David loved Tawney’s installations of hundreds of threads suspended from the ceiling which resembled rain as if it abruptly stopped,” says Grotta. After nearly closing on a house with a more traditional configuration, a getaway in Barcelona brought the couple back to Ling's vision. “Seeing the enormous beams at the city’s maritime museum completely changed our minds,” recalls Brown. They eventually found their current dwelling in Wilton, Connecticut with 20-foot high ceilings. Ling’s renovation included completely removing a large wall to create an uninterrupted vantage point from the living room through the entertainment kitchen on the opposite end. “Most design objects require close inspection, but we need distance to do justice to a Helena Hernmarck trompe-l'œil wool painting,” says Grotta.

Over the years, the house has hosted numerous exhibitions and fulfilled Ling’s ultimatum with a Tawney retrospective, in which viewers laid beneath the Cloud to “bathe” in its floating threads. The dining area where they once installed the Tawney currently hosts Long Lines (2010), Annette Bellamy’s similarly monumental installation of 132 ceramic hooks hung from the ceiling with twelve-foot long twines. Thread not only holds the immersive work together but also anchors Grotta and Brown’s upcoming exhibition Volume 50: Chronicling Fiber Art for Three Decades, shedding light on half century history of fiber in art and design. For the show, 60 works by 50 international artists will occupy the couple’s barn with various juxtapositions across its 3,500-square-foot interior. Artists represented in the exhibition hail from a wide geography, from Slovenia to Japan, as a testimony of the couple’s longstanding “impetus to introduce international artists and designers to American collectors.” The show, in fact, manifests their commitment to build a network around design, marking the gallery’s 50th catalog since they published the first pamphlet for Markku Kosonen: Baskets and Woodwork in 1990. The upcoming title includes an essay by former Museum of Art and Design director and scholar Glenn Adamson, who also contributed to the gallery’s recent publication, The Grotta Home by Richard Meier: A Marriage of Architecture and Craft.

Reshuffling furniture to accommodate large-scale installations is commonplace for Brown and Grotta. Installing Bellamy’s nautical-inspired work in the middle of the dining room required moving their glass dinner table, but “we are after the museum experience,” says Brown. Grotta takes pride in having a quick hand with installing shows but admits that Volume 50, which they had to reschedule twice due to the pandemic, has been the most demanding to organize. Bellamy’s poetic rendition of her life as a fisherwoman in Alaska for four decades immerses audiences into such institutional context within the barn’s soaring industrial atmosphere. Suspended from the ceiling, the work embodies the Seattle-born artist’s fascination for ceramic and the fluidity of a life spent on and around water.

Polish artist Cygan Wlodzimierz’s intricate, eye-tricking textile pieces reflect his training at the historic stitching manufacturer Gobelins in Paris. Since 1970s, he has been combining a traditional background with his technique of wrapping tapestries in geometric spirals to yield depth and volume in two dimension. Wlodzimierz’s most recent Traps pieces weave together wool, viscose, linen and sisal, each at a 28.25-inch by 28.25-inch by 4.25-inch scale. The Lodz-based artist incorporates fiber optic into his medley of textures, expanding optic possibilities and infusing energy into the medium.

One of many challenges the couple has learned to overcome after organizing numerous exhibitions at their home is to place figurative fiber alongside abstraction. “They light up a different part of the brain,” says Brown about viewers’ encounter with a portrait in textile among non-figurative works. Having ample space, however, allows for visually demanding pieces to have their own wall, such as Lia Cook’s illustration of her childhood picture within a grid of thirty-two pieces. Fiber allows Cook to render photographic memory with fluidity of cotton and rayon in contrast to pictures’ mimetic precision. She utilizes Diffusion Spectrum Imaging technique as well as TrackVis software to visualize fiber tracks in human neurological system and translates her findings into tactile fibers. The California-based artist swaps brushstrokes with thread to create psychological complexities of human face filtered through ethereal borders of memory.

“Weaving is mathematical, but Ferne works instinctively,” says Grotta who compares Ferne Jacobs’ technique to listening to jazz: “You can’t predict where it’ll go.” The artist starts her sculptures, which in many cases takes almost a year to complete, without a determined visual template and lets the materials dictate her journey. Jacobs’s larger-than-life coiled and twined waxed linen wall sculpture, Waterfall, reflects its title with an overflowing heft and oozing lightness, encapsulated in her repetitive gesture of wrapping earthy-toned thread around a cord. Jacobs’s work is among the exhibition’s large scale “institutional” pieces, which the couple parallels with modest size objects, suited for domestic interiors.

Among the upcoming exhibition’s pedestal scale pieces, Tamiko Kawata’s biomorphic intertwined sculpture resembles a sea creature or an alien, caught between mobility and dormancy. Made out of safety pins, the sculpture, similar to Jacobs’s, embodies its meticulous creation process and reflects the artist’s relationship with a singular material. Prior to appearing in her work, safety pins entered Kawata’s everyday routine to alter her clothes’ size or length after moving to the United States from Japan. She first realized the material’s artistic possibility in 1996 after working in tapestry since the ‘70s and began utilizing the material as symbol of her life in the U.S. Starting at fifty pins, Kawata grows her “creature” organically with another sequence of fifty pins at each step.

Over their three-decade collecting, the couple has had a particular relationship with fiber art doyenne Sheila Hicks, who also holds a special place in Grotta's parents’ collection and passion for collecting. When Hicks saw the design for Sandy and Lou Grotta's house in 1989, she self-adopted the title of “soft consultant," juxtaposing her yarn sculptures across the house’s “hard-edged” architecture. This woven linen wall piece, for which Tom Grotta bartered three of his photographs, expands her mission to his collection. Compresse II is a typical Hicks with its numerous voluminous fringes, compiled into a corporal presence, defying gravity despite its heft.

A fluidity between function and decoration is commonly inherent in wearable art, eventually determined by the collectors’ exhibition choices whether to don or hang. This Katherine Westphal kimono is composed of subways tickets the artist collected during her travels across Japan in the ‘70s and demonstrates Westphal’s visionary role introducing quilt into fine art. Until her passing at age 99 in 2018, she printed with early Xerox machines onto embroidery in the late ‘60s or “invented wearable art,” according to Glenn Adamson. An innovative approach to materials and interest in projecting autobiographical traits onto textile is strongly evident in the linen and paper piece which the couple chooses to display rather than wear.

The couple met Mary Merkel-Hess at an American Craft Council fair at the Park Avenue Armory in the late ‘80s and immediately acquired all of her five “landscape report” works inspired by her childhood in Iowa. “We later hosted a dinner party where everybody was asking about her baskets,” remembers Tom Grotta. They sold four but kept Blue Flag for their collection. The couple gave Merkel-Hess a solo show and produced a catalog in which they couldn’t print her baskets’ striking green, indigo or cornflower hues due to their limited catalog technology in 1992. The lacking colors in print, however, did not prevent the works from selling out and being acquired by the Metropolitan Museum of Art as one of the first contemporary baskets in their collection. Merkel-Hess later experimented with all-white baskets or larger scale works, but this modest scale piece which currently sits at Brown’s office is of the collection’s gems.

“I have an interest for objects with typings or codings on them,” says Brown who works at the legal department of a book publisher. Caroline Barlett’s Overwritings VI, which the couple displays inside a case within a salon style orchestration, best represents their fascination for text in fiber art. Similar to manually repetitive process of writing, stitching is a defining characteristic of Barlett’s practice, which expands as far as porcelain. The mending notion of stitching and permanence of written words are key factors for the artist, who started experimenting with thread while studying at the Goldsmiths in London.

The interconnected web of fiber artists has always helped Brown and Grotta expand their network both as collectors and dealers. The couple met Japanese paper artist Toshio Sekiji through Sheila Hicks who visited Sekiji’s Tokyo studio and offered him a show in Paris. Hicks was fascinated by the artist’s hand-torn newspaper weavings, washed in lacquer. Both texture and meaning of his medium immediately attracted the couple who commissioned him for two paper weaving pieces, but made with discarded legal papers Brown collected inside a box at her publishing job. A general council at her Manhattan firm acquired one of two lacquer-covered works, while the couple kept the second at Brown’s office.

Volume 50: Chronicling Fiber Art for Three Decades is open by appointment from September 12 through September 20, 2020 through booking on Eventbrite. 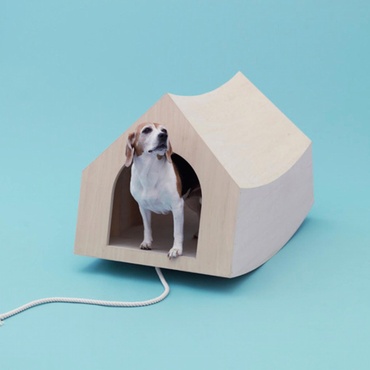 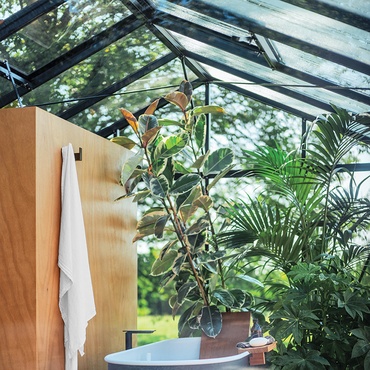