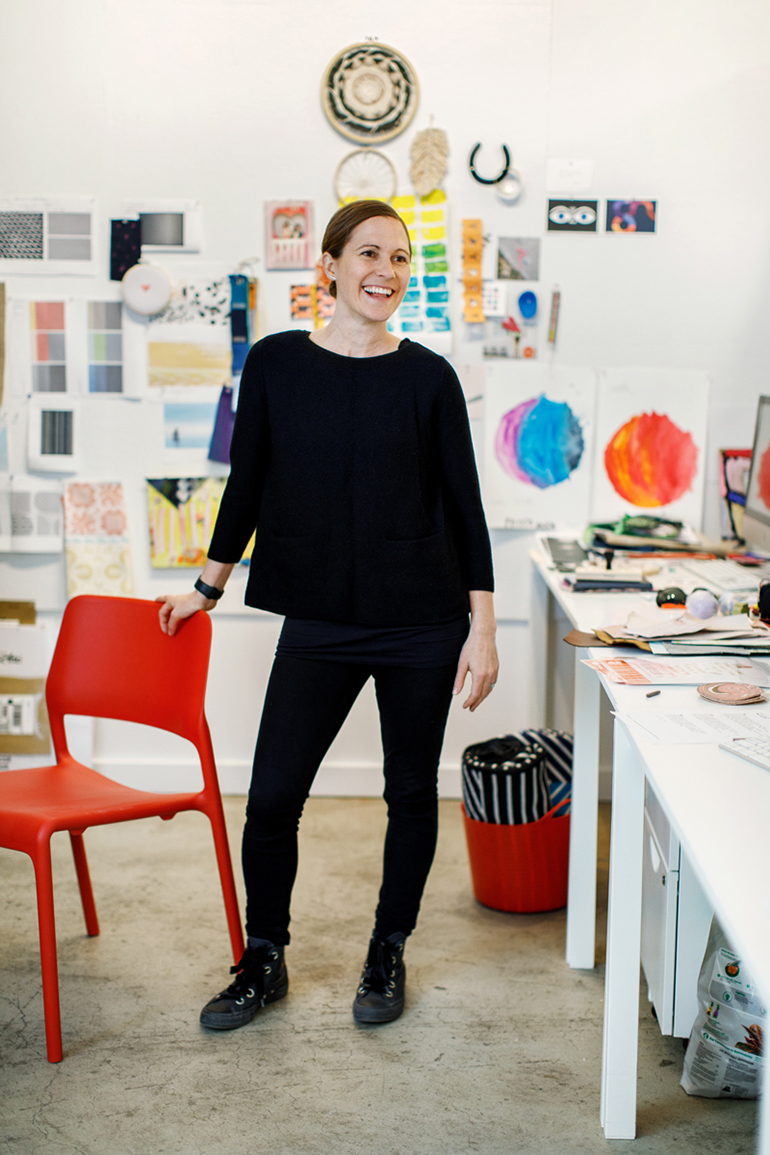 When Kelly Harris Smith isn’t teaching kids at Minni, a creative space that she founded to introduce children to art and design, she is designing natural and sustainable materials at her studio. Her products always carry a high distinctiveness for color and pattern, which have garnered her honors such as the Emerging Product Designer Award at NYCxDESIGN, and recognition as The Boston Globe’s 25 Most Stylish Bostonians. To top off her achievements, she received the Product Designer award at this year’s virtual HiP awards ceremony.

Smith’s initiation into the design world began as a young child, when she first learned to sew. She went from making her own clothes in high school, to studying architecture at Northeastern University to working at an architecture firm in Boston. She decided to forge her own path when she co-founded FilzFelt in 2008, a company focused on manufacturing products made with German-imported wool. Just shy of a decade later, she started work as an independent designer, giving her the opportunity to collaborate with exceptional companies.

Smith’s chief source of inspiration comes from the world around her. She observes patterns from her surroundings and integrates them into her functional and sustainable products, making them visually stunning as well. In her new UP collection for HBF textiles, the geometric patterns of the fabrics composed of recycled polyester material are inspired by her hometown of Boston.

Even during the current pandemic, Smith is staying busy at Minni, which continues to operate during the summer. The organization is growing, hosting online events and offering creative kits and products. For this designer and entrepreneur, there is always a new and exciting project to work on, and she plans to continue collaborating on collections in the future.

> See the full list of HiP Product and People winners